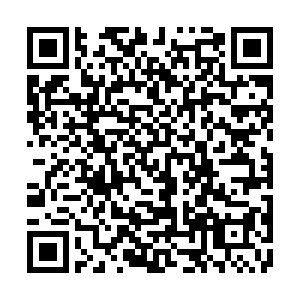 On January 1, 2022, the Regional Comprehensive Economic Partnership (RCEP) – the world's largest free trade deal – formally entered into force for the majority of its 15 Asia-Pacific economies, bringing to the fore substantial zero-tariff trade potential for nearly a third of the global economy.

"The commitment to opening up the goods and services sectors and boosting investments are complementary to one another," said Yu Benlin, head of the Department of International Trade and Economic Affairs of the Chinese Ministry of Commerce. "We will have institutions to ensure that trade and investment in the region becomes easier and more convenient."

China, by virtue of its population size and trade connectivity links with regional powers, brings crucial benefits to RCEP members. Nearly two-thirds of Beijing's total traded goods with the Association of Southeast Asian Nations (ASEAN), Australia and New Zealand are slated to hit the zero-tariff benchmark under the pact. This volume of tariff insulation on China's part sets a positive tone for ensuring that over 90 percent of goods traded between RCEP states are credibly subject to zero-tariffs as well. Foreign investment in RCEP countries also stands a better chance of being protected from the perils of trade barriers, given how nations are encouraged to dial back on future trade restrictions by opting for economic globalization in the face of a resurgent COVID-19 pandemic.

Import and export statistics of China and the other 14 RCEP countries paint a staggering picture of trade success in the recent past. Total imports and exports exceeded $1.7 trillion from January to November in 2021. That represents nearly a third of Beijing's total foreign trade value on the back of its trade linkages with RCEP members. 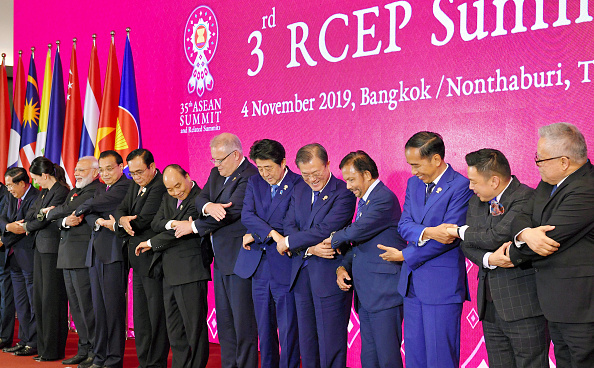 Leaders pose at the family photo session of the RCEP summit on the sidelines of the ASEAN summit in Bangkok, Thailand, November 4, 2019. /Getty

Leaders pose at the family photo session of the RCEP summit on the sidelines of the ASEAN summit in Bangkok, Thailand, November 4, 2019. /Getty

Second, the RCEP could prepare the ground for a resilient industrial chain to take root in the region. International fears that the Omicron variant may send supply chain expectations and demand stability downhill have made it difficult to draw symmetry between the free trade expectations of developed and developing countries in several geographies of the world. The RCEP creates a distinct space to bridge that divide as China works to relieve potential supply chain bottlenecks by planning to roll out a series of future policies. These policy plans, announced at a recent State Council meeting, would factor the evolving needs of importers and exporters, offering clues for other RCEP members to advance complementary free trade interventions at home that could help nations blunt some pandemic-induced supply shocks or unforeseen demand constraints in the future.

On specific market provisions, Beijing also joins Tokyo and Seoul as one of the markets that extends preferential access to businesses for a range of products – from plastics and mineral fuels, to other chemical goods. Thus, the mega pact is inextricably linked to the interests of the global economy since several hundred billion U.S. dollars is forecast to enter world trade by 2030 on an annual basis, and yearly lifts in global income are anticipated to hover above $200 billion.

In a sign that China is joining fellow RCEP states in deepening regional economic integration under the RCEP, its decision to implement some 701 binding obligations on tax, customs and negative lists reflects a tangible effort to marshal policy support from home in full. Simplified customs procedures and negative lists are conducive to streamlining free-trade exchanges with regional partners and to accommodate economic globalization momentum. The fact that the RCEP thrives on favorable trade components that are applicable to both rich and poor countries, makes it likely for all nations to cultivate similar transparency in their own free trade policies, while engagement on collective trade is coordinated through multilateral mechanisms.

For all these reasons, Beijing's participation in the RCEP as it enters into force signals a major plus for regional proponents of free trade, and international observers of economic globalization.

Singapore's Trade and Industry Minister Gan Kim Yong is correct to note the significance of the RCEP entering into force in 2022, about a year after it was signed, translating into "a testament to the region's determination and commitment to deepening economic integration amid difficult times."