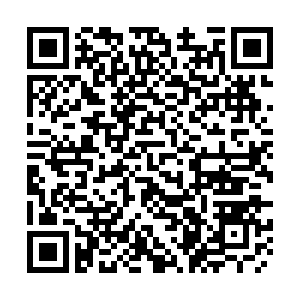 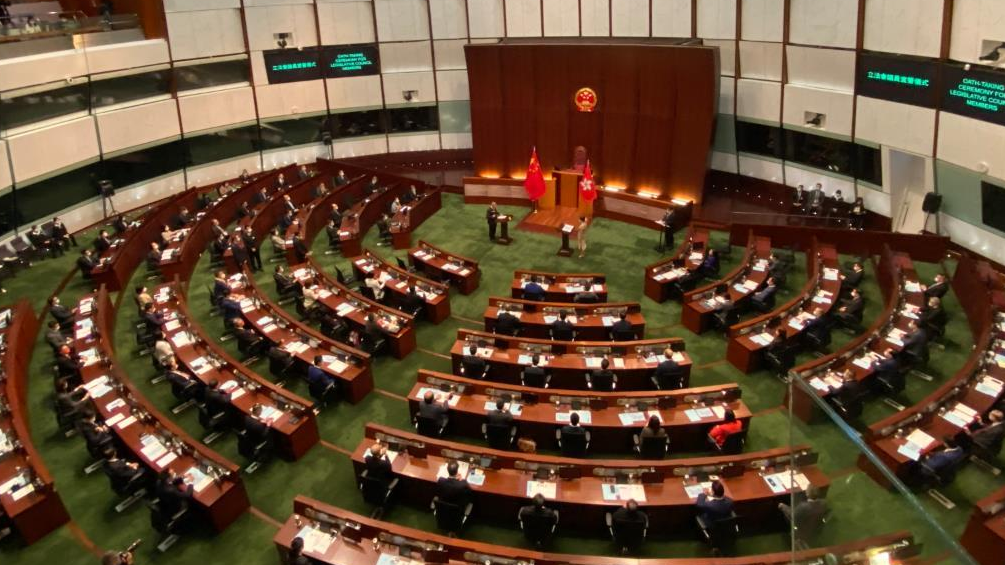 An oath-taking ceremony for the 90 lawmakers elected to the seventh-term Legislative Council (LegCo) was held in China's Hong Kong Special Administrative Region (HKSAR) on Monday.

The lawmakers swore allegiance to the HKSAR and took an oath to uphold its Basic Law one by one, after jointly singing the national anthem of China together with HKSAR Chief Executive Carrie Lam, the oath administrator, at the Chamber of the LegCo Complex.

The oath-taking ceremony began at 11:00 a.m. local time, and at around 5:15 p.m., Lam announced in a statement that she had determined that the oaths taken by all the 90 members-elect of the LegCo were valid.

It was the first time lawmakers had taken an oath in front of the national emblem in the history of the HKSAR LegCo.

According to the National Flag and National Emblem (Amendment) Ordinance of the HKSAR that came into effect in October 2021, the national flag and emblem must be displayed at the oath-taking ceremonies of the chief executive, principal officials, the judiciary, the Executive Council, the LegCo and the District Council.

The taking of the oath is legally binding. The oath-taker must sincerely believe in and strictly abide by the relevant oath prescribed by law. An oath-taker who makes a false oath or who, after taking the oath, engages in conduct in breach of the oath, shall bear legal responsibility in accordance with the law.

The Hong Kong and Macao Affairs Office of China's State Council and the Liaison Office of the Central People's Government in the HKSAR extended their congratulations to the lawmakers in separately issued statements, adding their belief that the seventh-term LegCo will contribute to the overall and long-term interests of the city.

The new LegCo began its four-year term of office on Saturday, and is expected to hold its first session on January 12.

The LegCo election, the first since improvements to the HKSAR's electoral system, was held on December 19, 2021.

(Cover: The oath-taking ceremony for the new Legislative Council of China's HKSAR at the Chamber of the LegCo Complex in Hong Kong, China, January 3, 2022. /CMG)