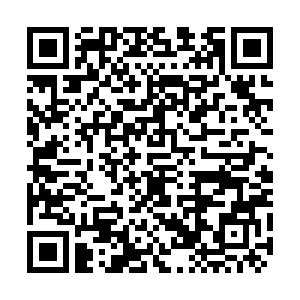 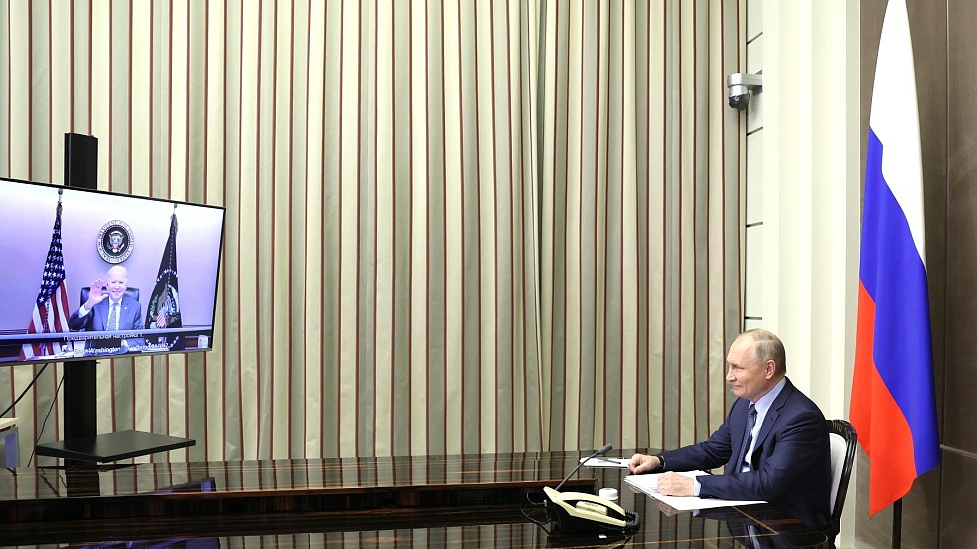 Editor's note: Danil Bochkov is an expert with the Russian International Affairs Council. He holds a master's degree in economics from MGIMO-University under the Ministry of Foreign Affairs of Russia and a master's degree in world economy from the University of International Business and Economics in China. The article reflects the author's opinions and not necessarily the views of CGTN.

On December 30, 2021, Russian President Vladimir Putin initiated a telephone conversation with his U.S. counterpart Joe Biden in order to propel negotiations concerning the "security guarantees" in Europe laid out earlier by Moscow. This was the second time both leaders interacted that month.

On December 7, the two presidents had exchanged lists of demands and threatened repercussions if the other side fell short. The U.S. warned Moscow of "strong economic and other measures" if it "invades" Ukraine while Russia demanded that Washington guarantee that NATO stop its eastward expansion.

This rhetorical escalation happened amid a reported Russian military build-up on the border with Ukraine, amassing some 100,000 troops. Russia called it a defensive action, while the West saw it as an offensive move. Previously, Putin had insisted that the U.S. should not deploy offensive strike weapons systems in countries bordering Russia.

Now at least security guarantees seem to have been delivered, with Biden reassuring on December 30 that Washington does not intend to deploy any such systems in Ukraine. However, progress on any other priority issues for Moscow have been met with firm U.S. opposition.

One of the most important outcomes of the December 7 meeting was the mutual agreement to commence "focused and substantial" consultations on sensitive issues, which are scheduled to begin on January 10 with a string of follow-up meetings between Russia and NATO on January 12 and in an extended format with Ukraine and the Organization for Security and Co-operation in Europe on January 13.

The intention behind the second Putin-Biden conversation was to discuss the preparations for a formal round of upcoming security talks, according to Russia. 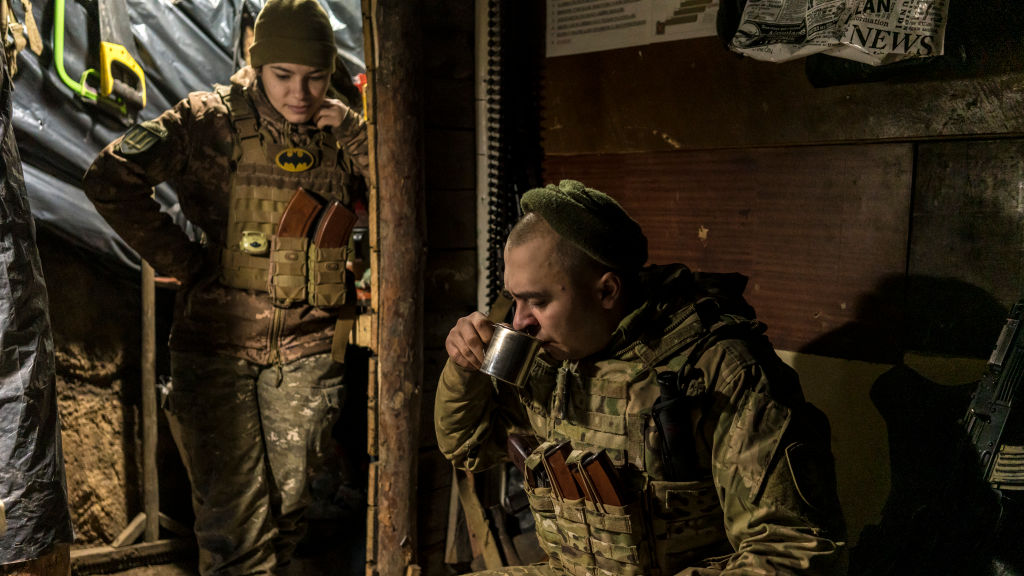 Ukrainian soldiers in a bunker in Zolote, Ukraine, December 12, 2021. /Getty

Ukrainian soldiers in a bunker in Zolote, Ukraine, December 12, 2021. /Getty

It is becoming clear that intermediate talks like the one that occurred on December 30 are a tool for both states to weigh their negotiating positions against each other, compare the degree of preparedness for official dialogue, measure the room for possible compromise and test each other's red lines.

The first presidential conversation was widely perceived as fruitless with no significant headway to mitigate the escalating tensions. Later it was specifically stressed by the U.S. side that Biden "made no such commitments" as limiting NATO expansion with regard to Ukraine.

Now the U.S. intentions are clear: Washington is not ready for an easy compromise and wants concrete guarantees from Moscow. After the first December meeting with Biden, Putin saw no reasons for optimism. He understood that there were very substantial differences between Russian and American interpretations of Moscow's "red lines," which the West must not cross if it seeks stable ties with Russia.

In order to reinforce the seriousness of Russia's intentions, Putin warned Biden on December 30 that the threatened imposition of new sanctions on Moscow over Ukraine would cause a complete rupture in the bilateral relationship – a caveat that was not floated for a long time, since Moscow was promoting a softer agenda, routinely calling for dialogue with the U.S. and expressing an interest in improving bilateral relations for more stability. Now Russia seems to be making its approach more combative by replying to Biden's threat of a "heavy price to pay" if it attacks Ukraine by saying that any sanctions would equal a "colossal mistake."

Such private interactions between the presidents could act as a good mechanism for exchanging some "give-and-take," as the U.S. side reported following the December 7 talks. Both leaders can gauge their positions and recalibrate stances in between meetings by communicating with their allies.

For example, U.S. Secretary of State Antony Blinken held a conversation with Ukrainian President Volodymyr Zelensky on December 29, and Biden spoke with him by phone on January 2 – conversations that happened before and after the December 30 talk with Putin. During both meetings with Zelensky, the U.S. reaffirmed its unwavering commitment for Ukraine's sovereignty and territorial integrity.

Russia and the U.S. have seen their ties tumble to record lows, with a very murky perspective of improving in the near future. Upcoming rounds of security talks are a fine start for paving the way to more stability in severely tense relations. However, the January diplomatic manoeuvres should not be overstated as they could mitigate further escalation but not reverse animosity overnight.

There are some other issues which could complicate the talks – be it the EU's vocal irritation of not being an equal party to the security talks or its upfront rejection of Moscow's security demands as "completely unacceptable." Russia's recent announcement of February and March drills with its military ally Belarus will further hinder security guarantees negotiations.