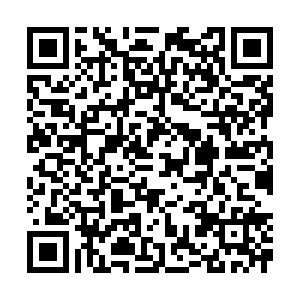 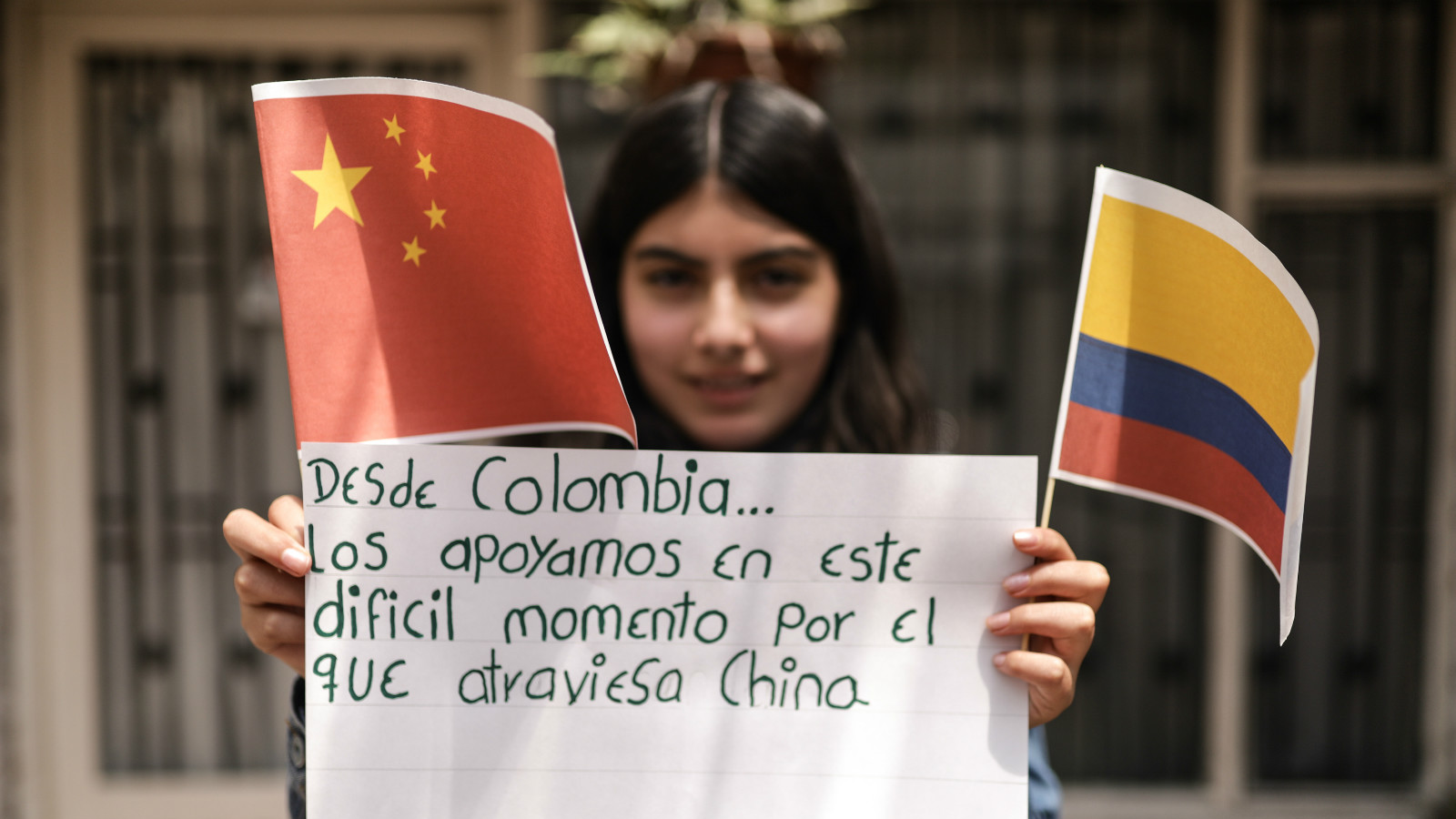 Ana Sophia, an 11-year-old Colombian girl, shows a message of encouragement for the Chinese people in Bogota, Colombia, February 7, 2020. /Xinhua

Ana Sophia, an 11-year-old Colombian girl, shows a message of encouragement for the Chinese people in Bogota, Colombia, February 7, 2020. /Xinhua

There have been some high-profile developments in Latin America that involve China, right in the United States' neighborhood, ahead of the new year. Namely, this includes Cuba's cooperation plan with China on the Belt and Road Initiative (BRI) and Nicaragua's decision to cut "diplomatic ties" with the Taiwan region and reestablish relations with Beijing.

Both of these developments have sparked outrage in Washington, primarily among cold war dinosaurs, who believe this is a sign of some kind of communist insurgency at the empire's heels. However, the reality is much different, and this outdated analysis obfuscates why so many countries – not just ones in Latin America – are teaming up with China.

The major key is this: Cooperation with China does not come with any political strings attached. This is why the BRI is so successful – it does not come with pre-conditions or so-called structural adjustments and allows countries to choose their own projects based on their priorities. It is a logical alternative to existing mechanisms, like the World Bank and the International Monetary Fund, which are essentially fronts for U.S. multinational corporations to ram through preferential policies.

Another development that went relatively unnoticed, compared to the two previously mentioned, both of which demonstrate that China's involvement in Latin America is not ideologically-driven, would be the fact that Jean Manes, U.S. Charge d'Affaires of the U.S. Embassy in El Salvador, in late November said that she would leave the country because "the government of El Salvador is not giving a signal that it has an interest in our relationship."

And what led to this breakdown? El Salvador had accepted a $500 million non-refundable and unconditional investment from China in May, which will go toward critical infrastructure. So egregious was this act in the eyes of Washington that it threatened sanctions against some of the country's top officials. 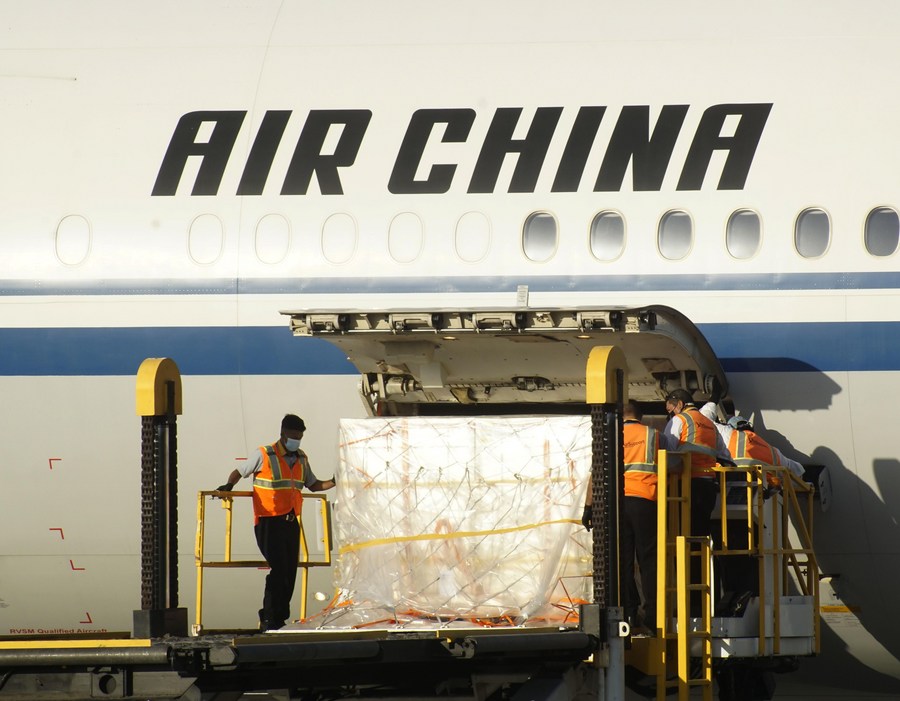 What's remarkable about this is that El Salvador has been a long-time U.S. ally and was a key staging point for anti-communist insurgencies during the Cold War. El Salvador's President Nayib Bukele is firmly on the political right and was following Washington's political line in Latin America for some time. During his presidential campaign, he even said that he would review deals made with China.

That all took a hard turn after he accepted China's investment, which, again, was money given with zero political strings attached. In his own words, just days ago, Bukele tweeted, "Who is your friend? The one who gives you a stadium, library, convention center, dock and water treatment plant; or the one who puts you on lists, sanctions you and funds your opponents?"

This is a succinct way to put the difference between Beijing and Washington's diplomatic approaches, but it should also be noted that, in fairness, the U.S. has committed investment to Central America to the tune of $310 million, as part of a pledged $4 billion over four years. The only difference – and this is key – is that this money is fraught with political conditions.

U.S. Vice President Kamala Harris made this clear in her infamous "do not come" speech in Guatemala in June when speaking about this investment. First of all, Harris spoke at length about "corruption" in Central America as a major problem that the U.S. wants to address as if to say that the region's difficulties are owed to some kind of internal dysfunction and not the countless wars and coups launched by Washington against these countries. It implies that it's up to the U.S. to initiate major institutional changes in these countries, which it is not.

Secondly, according to the reporter Nicole Narea's article for Vox, there were 12 U.S. companies and organizations signed on to step up investments in the "Northern Triangle" countries in Harris's "public-private partnership" model. Anyone with an understanding of Corporate America's influence on the region can see why this is utterly meaningless and, if anything, will further erode the region's political and economic stability.

The takeaway here is that China's approach to cooperation is so much better than what the U.S. tries to do that it's not only countries that are ideologically aligned against the U.S. that want to work with China, but also close U.S. allies.

I believe this will have beneficial effects on Latin America. Not only because, for example, China will help provide a lifeline to the unjustly strangled Cuban and Nicaraguan economies but also because this sort of non-ideological cooperation is exactly what the region needs for sustained political coordination, which regional leaders have been stressing.

This was already demonstrated when Nicaragua and El Salvador, two neighboring countries with clear ideological differences, started to repair diplomatic relations in the middle of last year – and I don't think it's any coincidence.