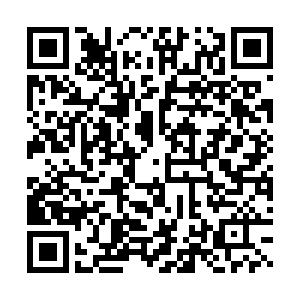 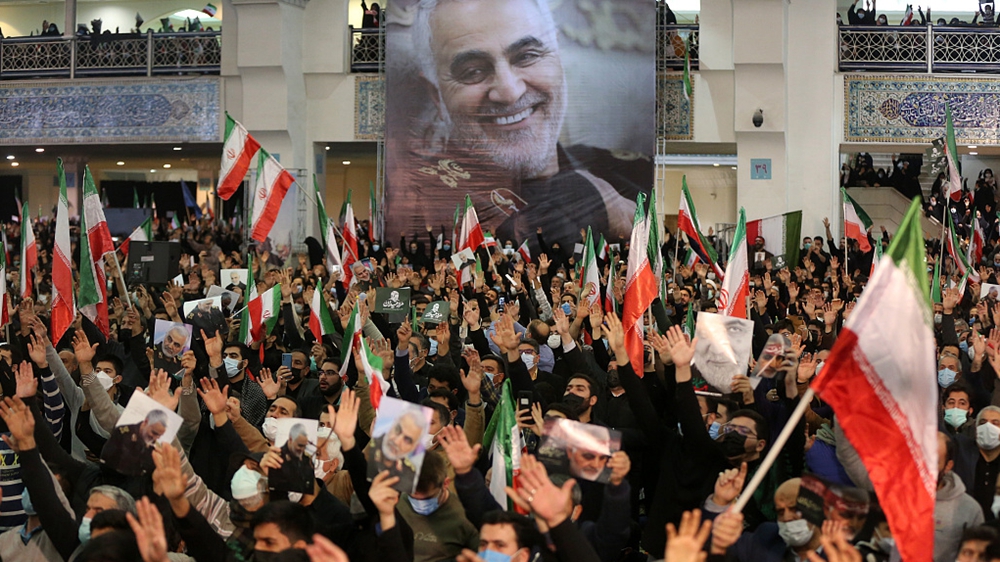 People gather for a commemoration ceremony during a vigil marking the second anniversary of killing of Qassem Soleimani at Imam Khomeini Mosalla in Tehran, Iran, January 3, 2022. /CFP

People gather for a commemoration ceremony during a vigil marking the second anniversary of killing of Qassem Soleimani at Imam Khomeini Mosalla in Tehran, Iran, January 3, 2022. /CFP

Iranian President Ebrahim Raisi warned on Monday of Iran's revenge for the U.S. assassination of Iranian General Qassem Soleimani in case those involved in and behind the "criminal act" are not prosecuted through a just mechanism.

Raisi made the remarks in an address to a large gathering of Iranian people in Tehran's Imam Khomeini Mosalla to mark Soleimani's second martyrdom anniversary, according to the official website of Iran's presidency.

The Iranian president said former U.S. President Donald Trump and former Secretary of State Mike Pompeo must be "prosecuted for their criminal activity" through a fair mechanism and be punished.

He stressed that Soleimani is no longer a natural person or an individual, but a "culture, path and school of thought," noting that a "school of thought" cannot be obliterated by missile or an act of terror.

The Iranian president added Iran's Supreme Leader Ayatollah Ali Khamenei has correctly said that "Martyr Soleimani" is more dangerous to the enemy than "General Soleimani," because the likes of Soleimani will rise in the future.

Soleimani, commander of the Quds Force of Iran's Islamic Revolution Guards Corps (IRGC), was assassinated along with his companions in a U.S. drone strike near Baghdad International Airport on January 3, 2020.

Five days later, in a military operation codenamed Operation Martyr Soleimani, the IRGC launched a volley of ballistic missiles at the Ain al-Asad airbase in Iraq's western province of Anbar.

Iran has called Soleimani's assassination state terrorism and vowed to put an end to the U.S. military's presence in the region as its ultimate revenge, while urging neighboring Iraq to expel U.S. forces from the Arab country's soil.