Download
A message of hope to the world: The leap forward in China-Cuba ties
Elias Jabbour 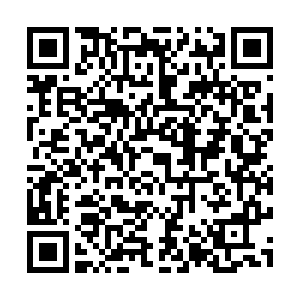 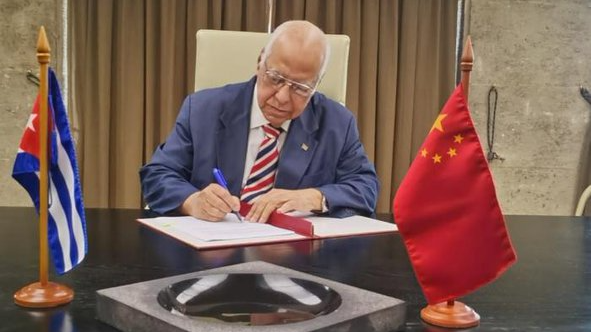 Cuban Deputy Prime Minister Ricardo Cabrisas signs the cooperation plan between the Chinese government and the Cuban government on jointly promoting the construction of the Belt and Road Initiative (BRI), December 24, 2021. /Embassy of Cuba in the People's Republic of China

Cuban Deputy Prime Minister Ricardo Cabrisas signs the cooperation plan between the Chinese government and the Cuban government on jointly promoting the construction of the Belt and Road Initiative (BRI), December 24, 2021. /Embassy of Cuba in the People's Republic of China

At the end of 2021, the chairman of China's National Development and Reform Commission, He Lifeng, and Cuban Deputy Prime Minister Ricardo Cabrisas signed a cooperation plan between the Chinese government and the Cuban government on joint promotion of the construction of the Belt and Road Initiative (BRI).

Relations between China and Cuba have experienced notable advances since 1993. Throughout that period, high-level government delegations have visited the Caribbean island 22 times, while Cuban leaders have been to China 25 times. These relations have also gained relevance and a strategic character since the end of the Soviet Union and the socialist bloc.

In 1995, a famous embrace between Jiang Zemin, who was the Chinese president at the time, and then Cuban leader Fidel Castro sealed the beginning of a fruitful and noble relationship. On the occasion of the Cuban revolutionary leader's death, China's President Xi Jinping personally visited the Cuban embassy in Beijing to convey the condolences of the Chinese people. It was the first time that a head of state had entered a foreign embassy since 1949. Symbolism holds notions of politics and sovereignty that go beyond the short term.

In the commercial field, this relationship also gained prominence gradually. Over the years, a series of agreements have been signed covering a number of areas, from agriculture to biotechnology. In 2016, China became Cuba's biggest trading partner.

It should be noted that the terms of Cuba's trade relations with the rest of the world are very difficult. For example, the cost of imperialism's sadistic blockade of the island raises the risk of countries and companies doing business with Cuba, which makes Cuban exports much cheaper and imports too expensive. Also, the financial blockade tightened by the Donald Trump administration raised the country's difficulties to a new peak since the end of the USSR, when Cuba lost 70 percent of its foreign market and source of foreign exchange.

For all this, not only can't we relativize the effect of the blockade in any analysis involving Cuban political and economic dynamics, but we must also observe the importance of the relations between the two socialist countries, which are permeated both by principles and a long-term vision. 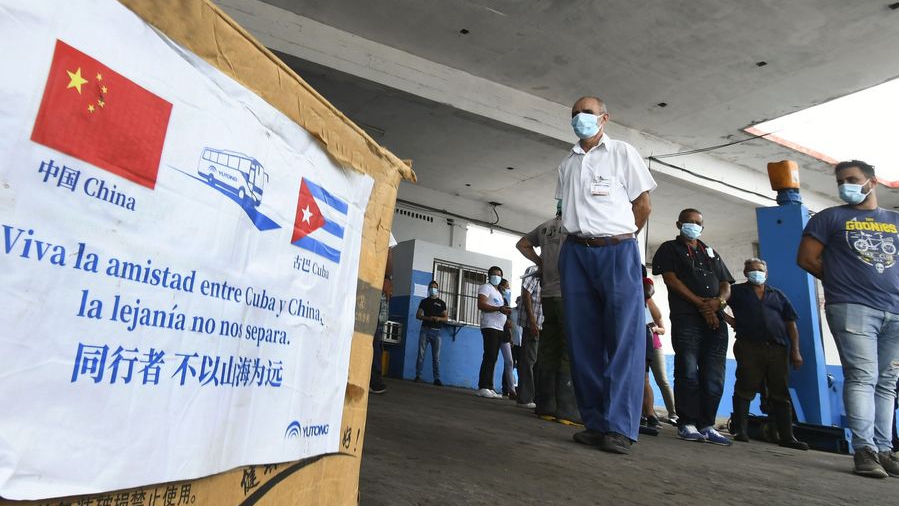 It is against this background that we must understand Cuba's admission to the BRI. Within an environment where Nicaragua re-establishes diplomatic relations with the People's Republic of China while imperialism increases its intervention in Chinese internal affairs, Cuba's entry into the BRI is an important agenda in the chessboard of international geopolitics. In fact, in addition to the Chinese economic weight, there is recognition by China of Cuba's strategic location.

Due to its position in the Caribbean, China's presence in Cuba can influence the maritime approach of the southeastern U.S., which contains vital sea routes that lead to the ports of U.S. cities Miami, New Orleans and Houston. Furthermore, as the late South African leader Nelson Mandela used to say, Cuba's influence in the world, with its armies of doctors, is far greater than the size of the country itself.

A first analysis of the document signed between the two countries shows that the agreement goes way beyond a Cuban adhesion to the BRI. Indeed, it's the first comprehensive agreement between the two countries. The part concerning the so-called financial integration between the two countries caught my attention, considering that China and Russia have just signed a large letter of intent on the formation of an alternative payment system to SWIFT, which is currently controlled by the United States. In this sense, we must bear in mind the complementary role of a new international financial engineering system involving both this alternative to SWIFT and the emergence of the digital renminbi.

It's interesting to remember that the Barack Obama administration elevated the coercive status of the dollar, turning it into a veritable weapon of mass destruction. Dollar resources allocated in foreign banks by countries not aligned with the U.S. are no longer valid for the purchase of food and medicine, for example. Senior citizens and children suffer from hunger and disease in countries like Venezuela and Syria caused by exchange crises related to the cancelation of these countries from the SWIFT system.

In other words, we are not dealing with a simple agreement between friends and comrades, but with what could be Cuba's exit door from the financial blockade imposed by imperialism and also the opening of a new field of possibilities for countries under intense sanctions such as Cuba, Russia, Iran, Syria, Democratic People's Republic of Korea and Venezuela.

Let us await with great attention the next steps of this agreement and others that will come with more countries on the periphery of the system. What we are watching is history unfolding before our eyes.