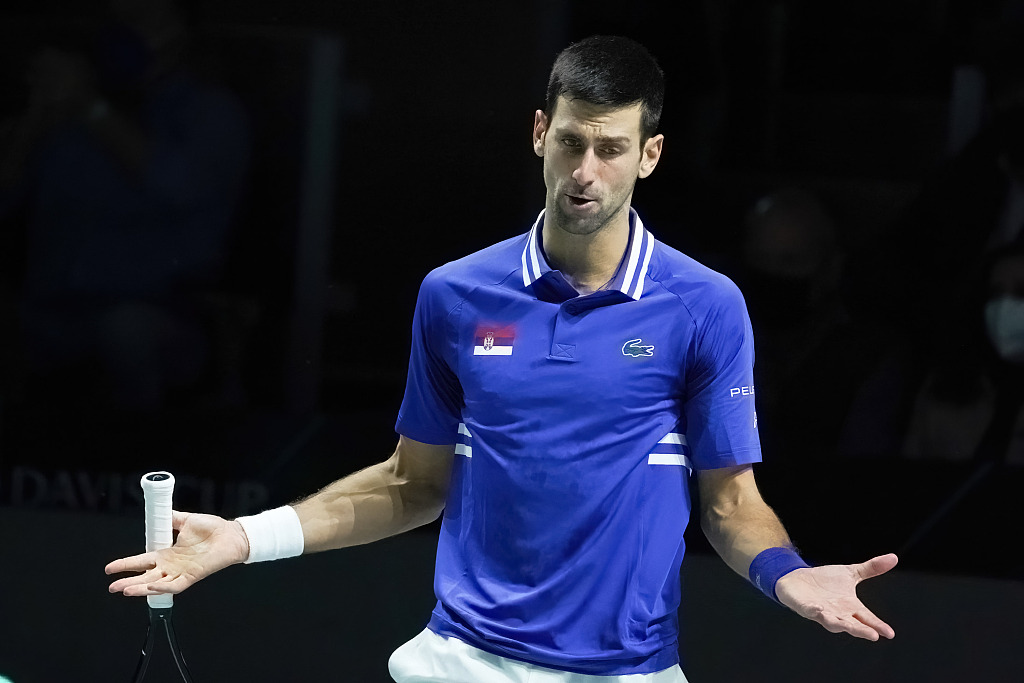 Australian Prime Minister Scott Morrison is not a fan of the medical exemption granted for Serbian tennis superstar Novak Djokovic to attend the coming Australian Open without being vaccinated against COVID-19.

"If that evidence is insufficient, then he won't be treated any different to anyone else and will be on the next plane home – there should be no special rules for Novak Djokovic," Morrison said.

All players and staff must be fully inoculated to participate in this year's Australian Open unless an independent expert panel grants them permission.

Djokovic has never revealed his vaccination status, which became a problem for him to compete in the Australian Open. On Tuesday, he announced on Instagram that he was granted the exemption and is going to appear at Melbourne Park for the first Grand Slam tennis tournament of 2022.

That outraged many people in Australia, where more than 90 percent of residents over age 16 have been fully vaccinated, yet tens of thousands of new cases have been reported every day. "If an arriving individual is not vaccinated, they must provide acceptable proof that they cannot be vaccinated for medical reasons to be able to access the same travel arrangements as fully vaccinated travelers," Australian Minister of Home Affairs Karen Andrews said. "Australian Border Force will continue to ensure that those who arrive at our border comply with our strict border requirements. No individual competing at the Australian Open will be afforded any special treatment."

Craig Tiley, chief executive of Tennis Australia, said Djokovic was granted the exemption under the guidelines of the Australian Technical Advisory Group on Immunization. Tiley also left it to Djokovic to decide whether or not he wants to explain his reason for not getting inoculated.

Djokovic is one of the world's three tennis players who have won 20 Grand Slam titles, along with Rafael Nadal and Roger Federer. The Serbian won the Australian Open nine times and is the reigning champion this year.

The tournament will happen between January 17 and 30 at Melbourne Park.