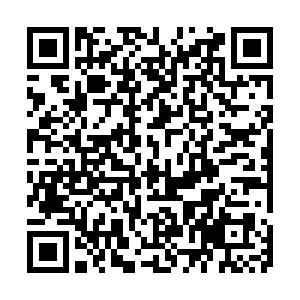 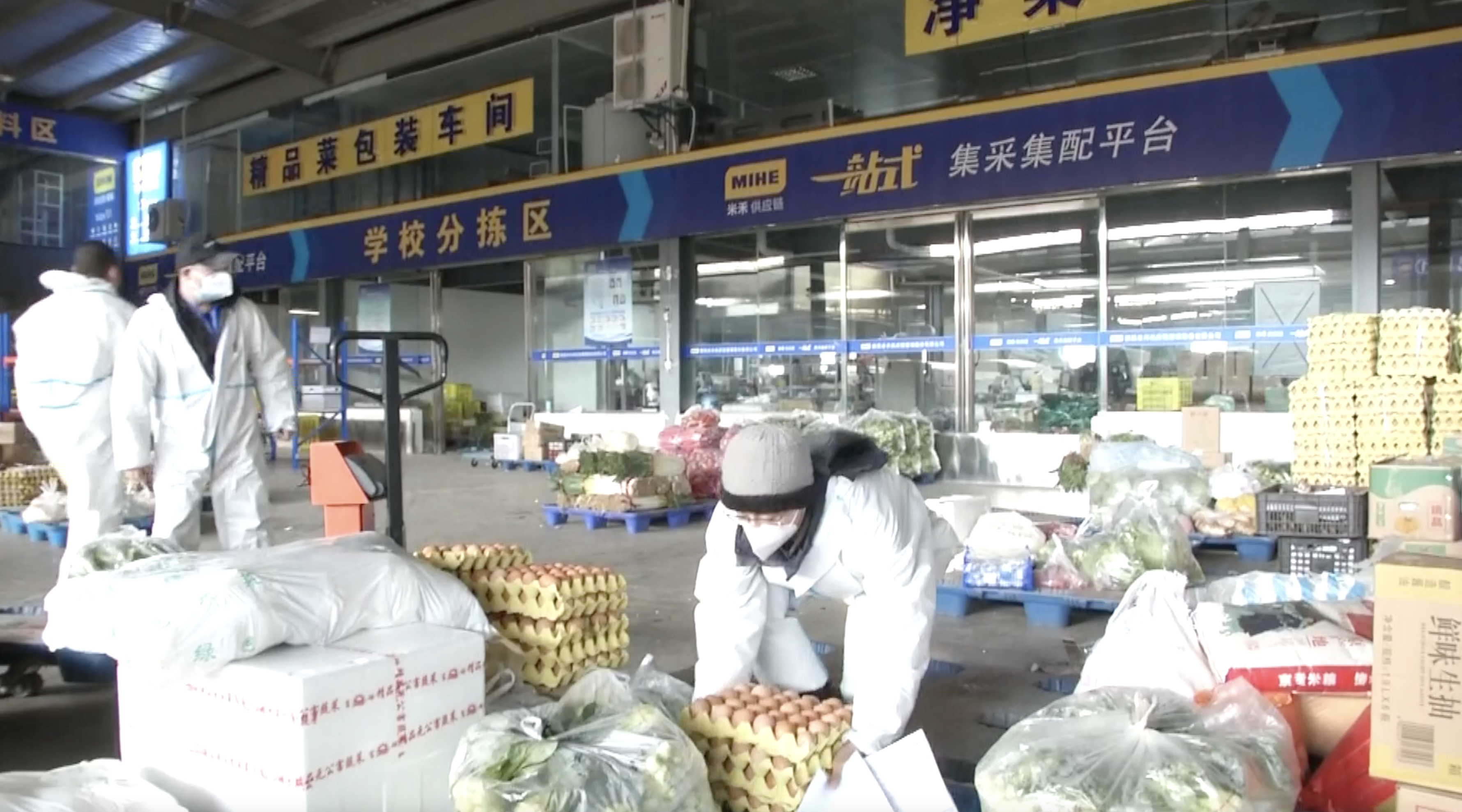 As northwest China's Xi'an entered its 15th day of close management, the city, home to 13 million people, is still having trouble getting groceries delivered to residents, often because the so-called last 100 meters of distribution is proving a challenge. Local authorities are working to improve the situation.

A citywide close management protocol took effect on December 23, limiting outdoor shopping for necessities to one person per household every two days. Local authorities then upgraded the system on December 27, barring residents from leaving their homes except when they are going to take nucleic acid tests.

The new measure was imposed after the COVID-19 situation showed no sign of letting up, growing by more than 150 cases per day for two consecutive days instead.

"The number of COVID-19 cases was estimated to continue for a while, and there will be chances of sporadic outbreaks," local officials said at a press conference on December 27, adding that they have taken immediate measures to curb the sporadic outbreaks.

The officials said the upgraded measures were to reduce potential infection risks in the shortest time with support from residents.

The stricter management has led Xi'an residents to complain on various Chinese social media platforms, and one of the issues they outline is a lack of access to groceries.

"Before the close management took effect on December 23, the local government asked us not to hoard food; we did so. However, after the stricter measures were introduced on December 27, residents gradually found their food stock running out," said a resident named He Qizhen.

Under the stricter management, some said they miss hot pot very much. Others said they stocked some snacks like potato chips and cookies but really have no idea what they'll end up eating if the situation continues. 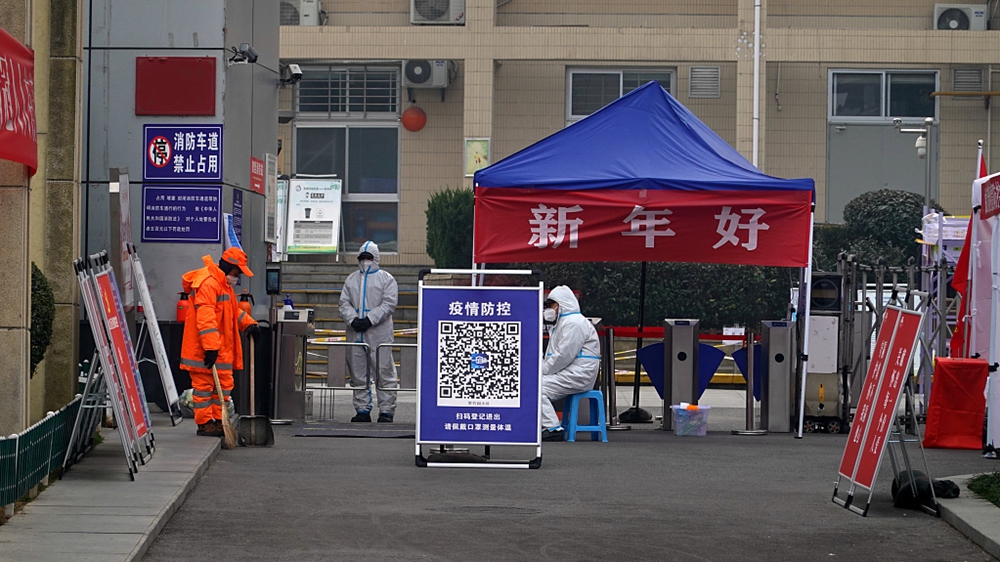 A video showing a group of epidemic prevention workers attacking a resident because he went out and bought steamed buns went viral on social media. The local police department said the two workers were detained on Saturday. Each worker was fined 200 yuan ($30) and detained for seven days.

Local media reports showed that grocery shortfalls are due to problems with delivery, not supply. Some supermarkets have been shut down due to epidemic prevention and control measures. There have also been challenges getting groceries over the "last 100 meters" and directly into residents' hands.

We faced difficulty in receiving our groceries purchased online because many of them cannot be distributed to the communities, especially those having confirmed COVID-19 cases, said He, adding that not all communities have arranged volunteers to help residents pick up their orders.

There are no volunteers in my community, but luckily, I could go out at certain times to pick up my orders at the community's entrance, He said.

In response, Xi'an authorities have been coordinating citywide resources, prioritizing channels for vegetable transportation and working to streamline logistics for deliveries across the city.

On the last day of 2021, Yang Ying received a grocery bag full of potatoes, cabbages and tomatoes allocated by the local government. Yang felt relieved because she was worried that her family might have no food for 2022.

"It's the best New Year's gift I had received," Yang said.

According to local media, after residents place an order, be it vegetables, fruit, oil, rice, or noodles, it can be directly delivered to the community.

"Every day, we decide to provide a set meal to members of the closed community based on market stocks, including the number of goods purchased in the market, on the same day," said Ning Yong, deputy general manager of Mihe Supply Chain Management Co., Ltd.

"There are packages of vegetables only, vegetables combined with meat, and vegetables, fruits and meat all in one," Ning said. 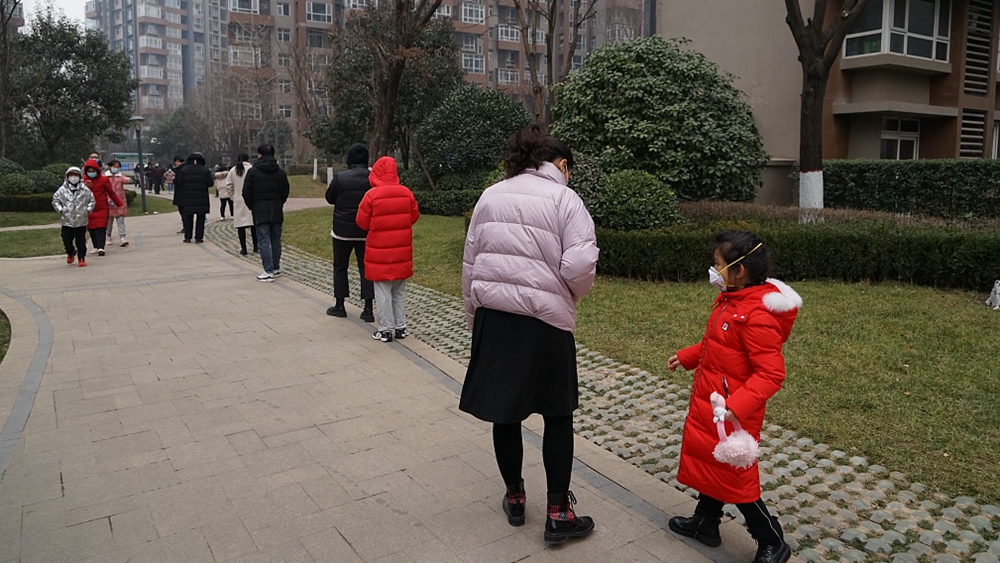 To help streamline distribution, some areas of the city put out calls for volunteers. People from all walks of life have responded to help with the sorting and packing of vegetables.

Li Shuyi, who works for a local elementary school, is among them.

"What I'm doing is sorting vegetables; today is the second day I'm here to help," said Li. "I came because I want to do my part for the community, and hopefully, we can see the other end of this soon."

Jiao Panpan, project manager for the Jinshuiwan Residential Community, Qujiang New District, Xi'an, said they received 400 grocery packages, which have been delivered to the elderly and residents with limited mobility.

Another 340 packages had just arrived as she spoke, and all the volunteers and staff were working around the clock to pack them and have them delivered.

Nowadays, the number of active COVID-19 cases in the ancient city has been decreasing, as the spread of the virus has been effectively curbed, city officials said on Wednesday. Outside of quarantine zones and sealed-off areas of the city, the number of cases has been "basically cleared," they said.

"Come on, Xi'an! May you return to normal production and life as early as possible," He said.

Since the start of December, more than 1,800 cases of COVID-19 have been detected in Xi'an. It's the worst outbreak China has encountered in months. There are sporadic clusters in other regions of the country, such as central China's Henan Province and east China's Zhejiang Province.