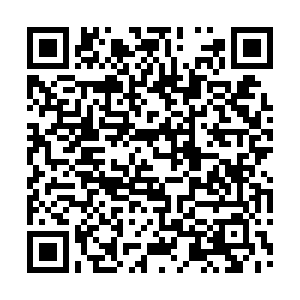 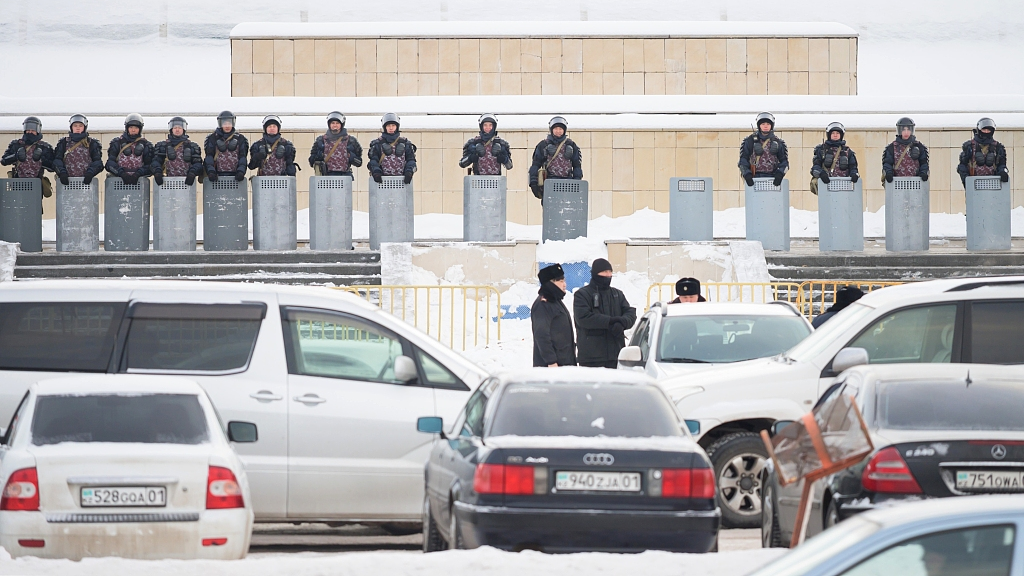 Police stand guard near the Presidential Palace as Kazakhstan declared a state of emergency after protests against fuel price increase spread across the country in Nur-Sultan, January 6, 2021. /CFP

Police stand guard near the Presidential Palace as Kazakhstan declared a state of emergency after protests against fuel price increase spread across the country in Nur-Sultan, January 6, 2021. /CFP

The Central Asian Republic of Kazakhstan is in the throes of a hybrid war crisis that compelled President Kassym-Jomart Tokayev to request assistance on January 5 evening from the Russian-led Collective Security Treaty Organization (CSTO). The country's largest city of Almaty near the Kyrgyz border is the epicenter of this violence that was initially driven by discontent over the preplanned removal of fuel subsidies at the start of the year that caused prices to approximately double.

The large-scale unauthorized rallies that followed quickly led to the government's resignation and President Tokayev's decision to temporarily reimpose price controls on fuel and other social commodities. He also ordered a state of emergency there and in the energy-producing Mangistau Province that was also hit by unrest along with an associated curfew for both, but these measures didn't stop the violence. Instead, it quickly transformed into an uncontrollable spree of urban terrorism.

According to Russia's RT, "Multiple government buildings, including local administration offices and the old presidential palace, were overrun by groups of violent protesters. Footage from the scene captured the city's center overrun by large crowds, with some of the participants attacking police officers and military servicemen, and apparently stealing their firearms. Its airport was taken over as well, with demonstrators looting duty-free shops and ATMs, video clips showed."

This prompted President Tokayev to expand his earlier state of emergency nationwide and call on his CSTO mutual defense allies for help. He described the perpetrators as terrorists and accused them of being trained abroad without disclosing where this occurred or which entity (perhaps a foreign government and/or terrorist group) was behind it. Nevertheless, this is Kazakhstan's worst security crisis in its history and it urgently needs assistance during these unprecedentedly dangerous times.

There are many definitions of what constitutes a hybrid war, but the one that I introduced into the public discourse in my 2015 book titled "Hybrid Wars: The Indirect Adaptive Approach To Regime Change" that was published by the People's Friendship University of Russia and which postulates that one of the most common manifestations in the coming future will be the phased transition of Color Revolutions to Unconventional Wars.

My primary thesis is that the external exacerbation of preexisting identity conflicts (including political) will be leveraged to provoke weaponized protest movements (Color Revolutions), after which some of the participants of these preplanned regime change campaigns will seamlessly become terrorists taking up arms against the state (Unconventional Wars). The "trigger event" of the latest unrest in Kazakhstan was known far ahead of time, and that was the government's decision to remove its unsustainable energy subsidies.

This gave the perpetrators, whoever they're ultimately revealed to be, the time to organize the social infrastructure for orchestrating their anti-state terrorist campaign. They manipulated well-intended members of the public into participating in unauthorized apolitical rallies in order to mask their regime change motivations and unwittingly serve as human shields to defend the most violent members of this movement. That helped establish the superficially plausible pretext for escalating tensions afterwards.

By suddenly morphing their anti-reform protests into political riots after the government fully fulfilled the former's demands, they caught the state off guard. This abruptly shifted the strategic dynamics and gave a decisive edge to the terrorists, which in turn enabled them to seize government buildings, loot stores, and even take over the Almaty International Airport. The resultant chaos threatens the country's territorial integrity exactly as President Tokayev warned while seeking help from his CSTO allies. 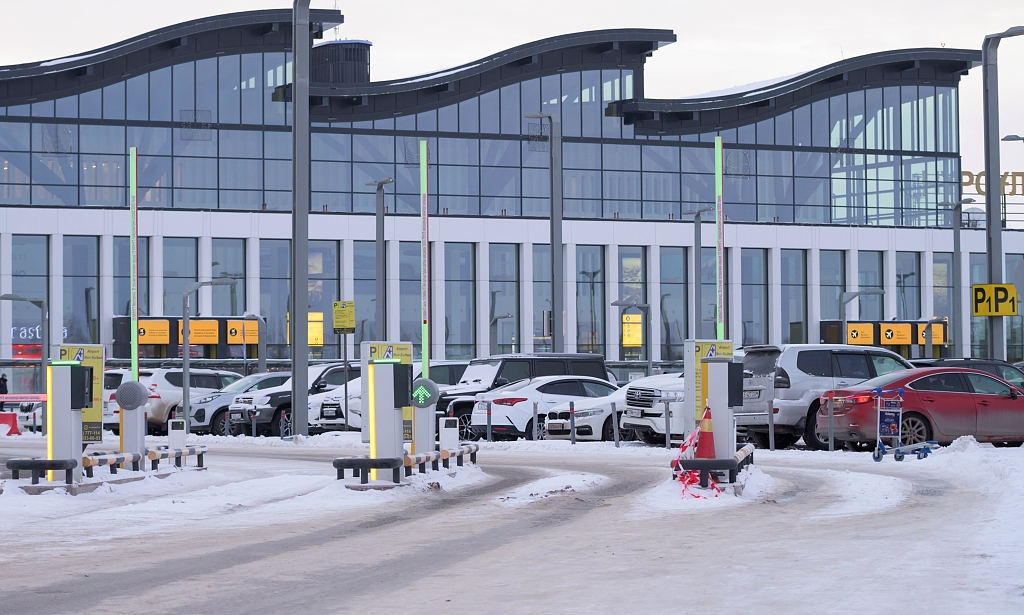 This act of hybrid war aggression against Kazakhstan constitutes one of the greatest security challenges to ever transpire in the former Soviet country. It could also create serious problems for the larger region if it spirals out of control and spills over into neighboring Central Asian Republics. It's therefore imperative that the terrorist threat is neutralized as soon as possible. Kazakhstan did the right thing by requesting the Russian-led CSTO's assistance, which agreed to a limited peacekeeping mission in the morning of January 6.

The full details of their deployment have yet to be released, but it's understood that they'll play a crucial role supporting their Kazakh allies in regaining control of the streets and maintaining it afterwards. Russian media outlet TASS reported that joint law enforcement and military operations began on January 6 in Almaty, though it's unclear whether they involved the CSTO or were entirely led by Kazakh people.

Seeing as how the tide has obviously begun to turn against the terrorists, it is predicted that peace and stability will return to Kazakhstan in the coming future. The CSTO presence will ensure that the local authorities have all the assistance they need to restore law and order. The timely dispatch of Russian-led support is a game-changer that will improve that country's international reputation by showcasing what a responsible regional security stakeholder it is contrary to false claims that it's a regional destabilizer.

Be that as it is, U.S.-led Western mainstream media will likely try to spread fake news about the CSTO deployment in a desperate attempt to defame it. The irony is that those same forces who might dishonestly describe this intervention as "anti-democratic" probably supported the American authorities' response against the January 6 rioters in the Capitol building last year. What took place in Kazakhstan on Thursday was much worse so those voices who support that destruction but condemn January 6 are hypocrites.