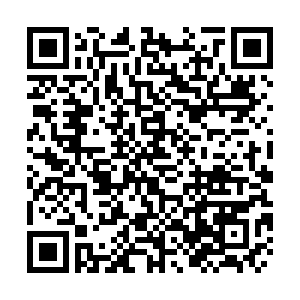 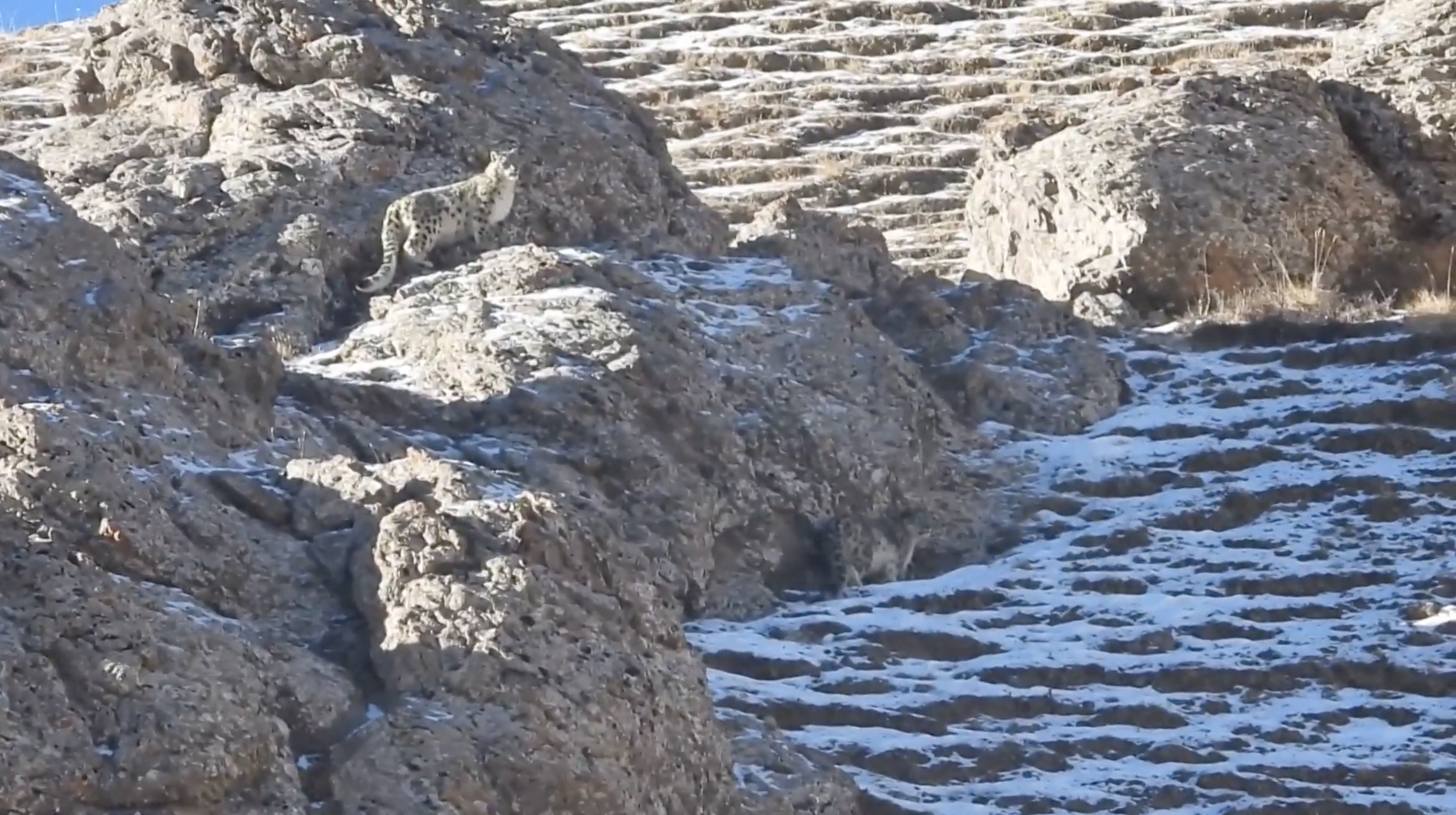 Two snow leopards were spotted in a wildlife national park in Zhangye City of northwest China's Gansu Province on Monday.

Cameras caught one adult snow leopard followed by its cub in Qifeng protection station under the administration of Zhangye in the Gansu branch of the Qilian Mountains National Park located at the border of Gansu and Qinghai provinces, which was designated as a national nature reserve in 1988.

Rangers also caught up with the animals.

The large population of blue sheep in the area provides sufficient food for the snow leopards, helping the critically endangered species to thrive and reproduce.

Snow leopards, covered by thick hair with black spots, often roam in steep, rugged terrain in high mountain ranges and have entered a golden age of protection in China.

The animal is under top-tier state protection in China and is classified as vulnerable by the International Union for Conservation of Nature.