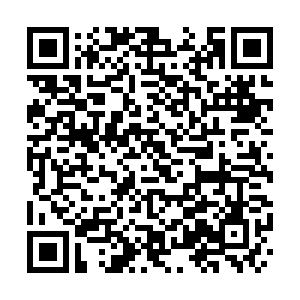 China's Foreign Ministry said on Friday that China had lodged stern representations with Australia, Japan and the U.S. over their "groundless accusations" against China, adding that the countries had "grossly interfered" in China's internal affairs.

The foreign and defense ministers of Japan and the U.S. voiced concerns about human rights issues in China's Xinjiang and Hong Kong regions, about peace and stability in the Taiwan Straits, and what they said was "China's ongoing efforts to undermine rules-based order," in a statement released after they met virtually on Friday. Leaders of Australia and Japan held a virtual meeting on Thursday, and signed a security agreement in the name of strengthening "security and defense cooperation."

Chinese Foreign Ministry spokesperson Wang Wenbin deplored the comments made by the three countries, and stressed that China's position on issues related to Taiwan, Xinjiang, Hong Kong as well as on maritime issues has been consistent and clear.

Wang said China expresses firm opposition and strong dissatisfaction to the acts of the three countries in grossly interfering in China's internal affairs, fabricating false information to smear China and undermining the unity and mutual trust of regional countries.

"While the U.S., Japan and Australia talk about freedom, openness and inclusiveness, they are actually ganging up with some countries, building small circles, showing off force and conducting military intimidation actions, which is completely contrary to the trend of peaceful development in the region and contradicts their own claims of opposing 'coercion,'" the spokesperson added.

He urged the three countries to fulfill their international responsibilities and play their parts in building regional peace and development instead of being "troublemakers who spread lies and create obstacles."

Chinese Embassy in Japan: Japan, U.S. are pursuing hegemony in name of rules

A spokesperson for the Chinese Embassy in Japan said that Japan and the U.S. were pursuing hegemony in the name of rules, and that neither country was in a position to define the international order, nor to impose their own standards on others.

"There is only one set of rules in the world, which is the basic norms of international relations based on the purposes of the United Nations Charter," said the spokesperson.

The spokesperson reiterated that no other forces should interfere in China's internal affairs concerning Taiwan, Xinjiang and Hong Kong, and China will "resolutely and forcefully" respond to any act that endangers its sovereignty, interferes in its internal affairs, or harms its interests.

Noting that the Diaoyu Islands and the affiliated isles are China's inherent territories, the spokesperson said China will firmly safeguard territorial sovereignty and maritime rights and interests, and commits itself to resolving differences through dialogue and consultation and maintaining peace and stability in the relevant waters.

Japan should also stop hyping up issues related to China at multilateral levels and do more to maintain the overall development of China-Japan relations, the spokesperson added.

The joint statement, "in total disregard of the facts, makes groundless accusations against China on a series of issues related to China's sovereignty and territorial integrity, and unscrupulously interferes in China's internal affairs on issues related to Xinjiang, Hong Kong and Taiwan," said the Chinese Embassy in Australia on Friday.

In a media release, the embassy said that as members of the region, Australia and Japan should have played a positive role in enhancing mutual trust and cooperation, maintaining regional peace and stability, and promoting regional prosperity and development.

"Instead, they should not violate international law and the basic norms of international relations, grossly interfere in the internal affairs of other countries, and should not provoke division and confrontation, or form a small circle to keep others out. They should not target a third party or undermine its interests," the embassy said.

China is a builder of world peace, a contributor to global development, a defender of the international order and a provider of public good, according to the media release.

"On the journey to realize the great rejuvenation of the Chinese nation, China will resolutely defend its sovereignty, security and development interests," said the embassy.

It urged Australia and Japan to see the underlying trend of history, view China's development objectively, embrace the trend of the times and make positive efforts to promote regional peace, stability and development.