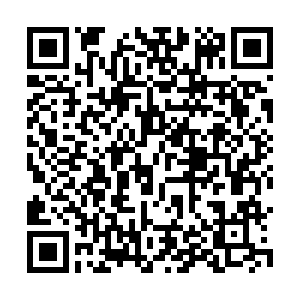 Yutu-2, the lander and rover of China's Chang'e-4 probe, has traveled 1,003.9 meters on the far side of the moon, as of midnight on Thursday, according to the Lunar Exploration and Space Program Center of the China National Space Administration (CNSA) on Friday.

Yutu-2, or Jade Rabbit-2, captured an obscure, but intriguing image about 80 meters from its location during the mission's 36th lunar day.

Something cubic loomed on the horizon to the north, sitting next to a young impact crater, said the rover's log. The image sparked heated debates on social media platforms.

When Yutu-2 managed to reach about 10 meters away from the mysterious object, the panorama camera on the rover took some colored pictures. Researchers suggested that it might be a rock, which, coincidentally, looks like a jade rabbit.

The Chang'e-4 probe, launched on December 8, 2018, made the first-ever soft landing on the Von Karman Crater in the South Pole-Aitken Basin on moon's far side on January 3, 2019.

A lunar day is equal to 14 days on Earth, and a lunar night is of the same length. Yutu-2 is currently in the mission's 38th lunar day, in good condition so far.

It is expected to take a closer look at the rock and detect the large impact crater behind it during the next lunar day, said the CNSA center.