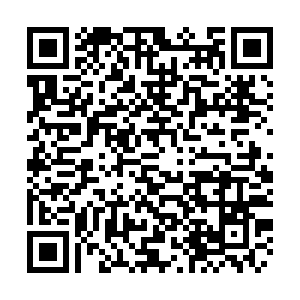 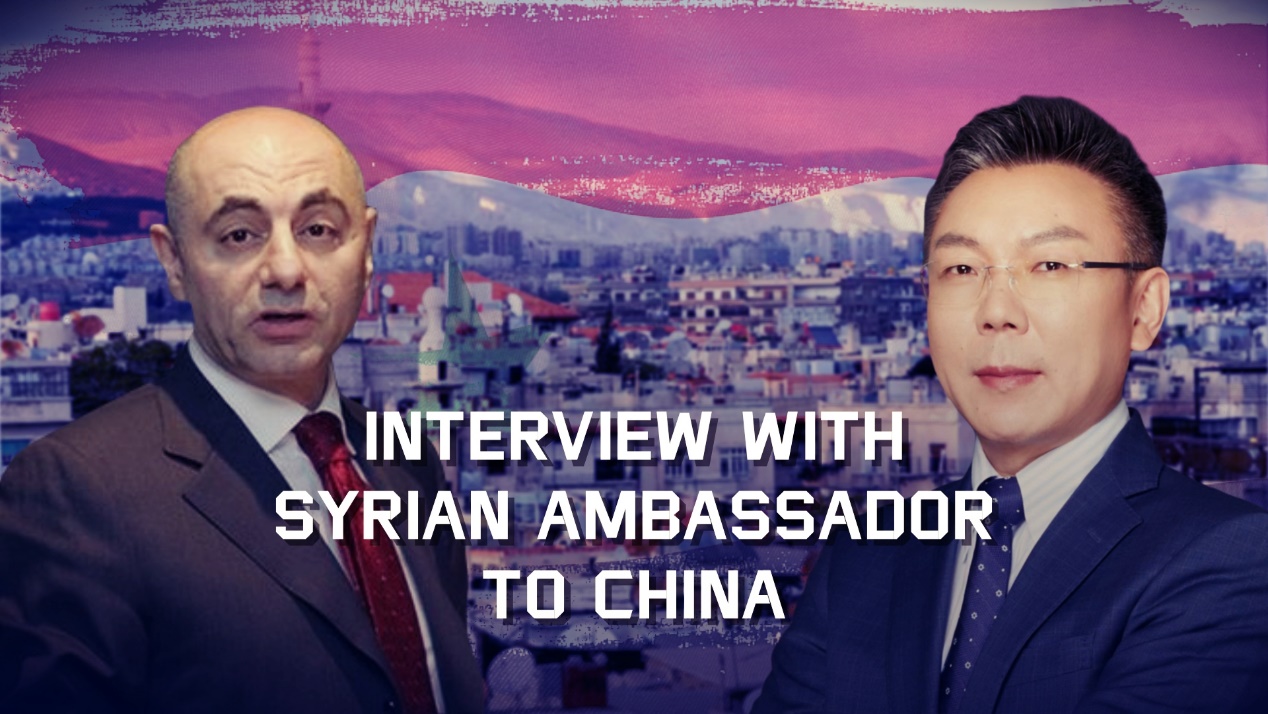 Editor's Note: This year marks the 66th anniversary of the establishment of diplomatic ties between China and Syria. Imad Moustapha, Syrian ambassador to China, recently received an exclusive interview of CGTN flagship talk show Dialogue to share his views on the current Syria-China relations, the situation in Syria after 10 years of the crisis and his thoughts on democracy.

"The relations (between Syria and China) are far beyond warm. They are very, very solid, strong relations," said Imad Moustapha, Syrian ambassador to China, to CGTN Dialogue in a recent exclusive interview.

"China has helped us tremendously since the start of COVID-19," said Ambassador Moustapha.

"It is not easy in Syria. We are not in one of those countries that have extremely large numbers. But because of our limited resources we needed help, and China did not hesitate." He went on to say that "China has stood with Syria, and it's a very difficult moment in history. China has proved that a friend in need is a friend indeed. And we Syria, we will never forget that in our most difficult moment, China stood with us."

"The extraordinary thing is that China has also aided medically in the COVID crisis, even the countries that are politically critical of China. China proved during the COVID-19 pandemic that it looks beyond low-level politics. It looks in a very universal humanistic approach to the problems of the world. So yes, China did help Syria, and we are very grateful, but China helped almost all the world. And the whole world should be very grateful to China," Ambassador Moustapha added.

What the U.S. brought to Syria and the Middle East: death, destruction, poverty and sanctions

2021 marks the 10th anniversary of the start of the Syrian crisis. Ambassador Moustapha told CGTN that the country is striving to resume order.

The U.S. has involved itself in the Syrian crisis ever since it broke out in 2011. Apart from providing military and economic support for the Kurdish forces in the country and direct air strikes, the U.S. government also imposed sanctions on the Syrian government, enterprises and individuals before the full-scale outbreak of the conflict in Syria, and has continued to increase sanctions. The European Union also imposed sanctions on Syria in May 2011.

Years of conflict and Western sanctions have taken a heavy toll on Syria's economic and social development. According to the United Nations, life expectancy in Syria fell from 70 years in 2010 to 55.4 years in 2014, and about 80 percent of Syrians live below the international poverty line, compared with less than 30 percent before the war.

He also accused the U.S. of occupying the oil fields in his country.

"U.S. military are inside Syria today, around our oil fields and every couple of weeks they smuggle - but under the light, I mean - tens and tens of big oil tanks from Syria to outside Syria, stolen oil from a poor country like Syria by the richest country in the world."He continued to say that, "This is daylight piracy and robbery practiced today by the United States of America in Syria. Our oil fields and gas fields today are occupied by the United States of America and this is rarely mentioned across the world."

Ambassador Moustapha said America not only brought suffering to his country, but also the entire region of the Middle East.

"For the past 50 years, the United States of America brought to our region, not only to Syria, death, destruction, poverty, and sanctions."

U.S.: A country that thrives on wars

"The United States has established itself and has sustained itself throughout its history without a single interruption by launching one single war against one country, followed by another war against another country, one conflict. This is how it thrives," said Ambassador Moustapha.

Behind the militarism of the U.S. is a network of deeply intertwined special interests. 61 percent of global arms sales in 2019 came from the U.S. Out of the world's top 10 defense contractors, five are American companies. From 2001 to 2021, the stocks of these companies outperformed the market by 58 percent.

Ambassador Moustapha believes that bellicosity has been rooted in America since the very beginning when the country was built.

"The United States was established by the so-called founding fathers, based on an unprecedented historic genocide against the native people. They came to a land that they do not own, and they killed hundreds of thousands of native people and they stole their land," he said.

"Once they established themselves, they went to Africa and forcibly enslaved hundreds of thousands of free dignified human beings, brought them in chains to the United States to work as slaves there in the cotton plantations and in other oil and gold mines and fields so that they can enrich themselves based on the toil of those slaves," he added. 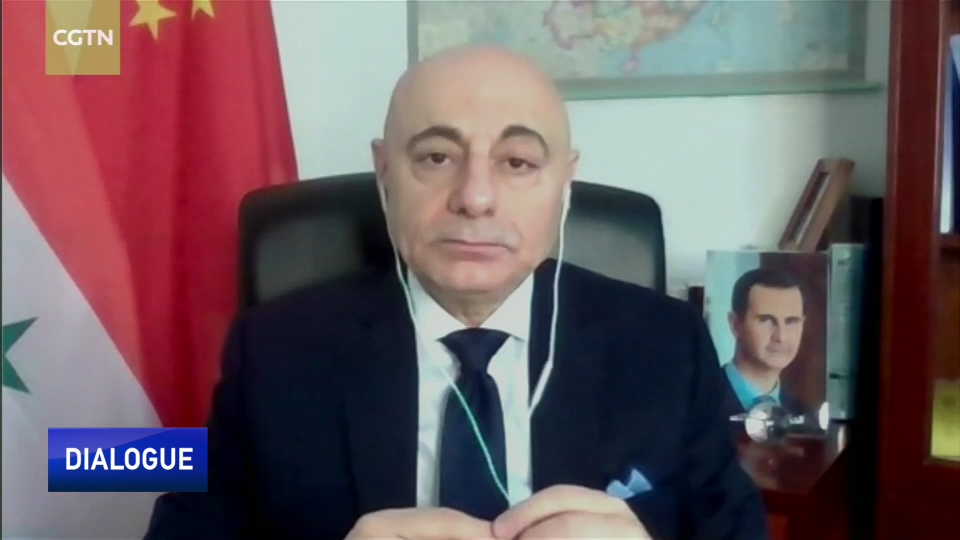 In December, the Biden Administration held a so-called "Summit for Democracy." Ambassador Moustapha believes the true purpose of such a summit is to attack dissidents.

"The United States has appointed itself... let me use this expression: the cardinal arbiter of who is and who is not democratic. They use this concept as a political weapon against their foes, adversaries, or even their friends who dare to disagree with them on certain issues."

"This so-called conference for democracy is really open-targeted against those countries who dare to even slightly disagree with the United States. It's about the countries who would not accept you as hegemony on this world," he added.

In November, the International IDEA – a European thinktank – for the first in 50 years added America onto the list of countries with a backsliding democracy.

Ambassador Moustapha argued that many scholars, including those who live in America, have pointed out that the democratic system of the United States is a very flawed democracy.

"Today, if you go to any major, any major United States city – Washington D.C., New York, Chicago, Los Angeles – just go and walk downtown, and you will see unbelievable misery, homeless people, beggars, whole areas where only drug lords rule and where crime is prevalent."

"Of course, the rich people live in separated suburbs. The United States government, the richest country in the world, doesn't care at all for the fate of the poor people there, for the poverty levels there. It's not their business. They only care about how to give more and more tax exemptions to the powerful and the rich so that they can become richer and richer," said Ambassador Moustapha. 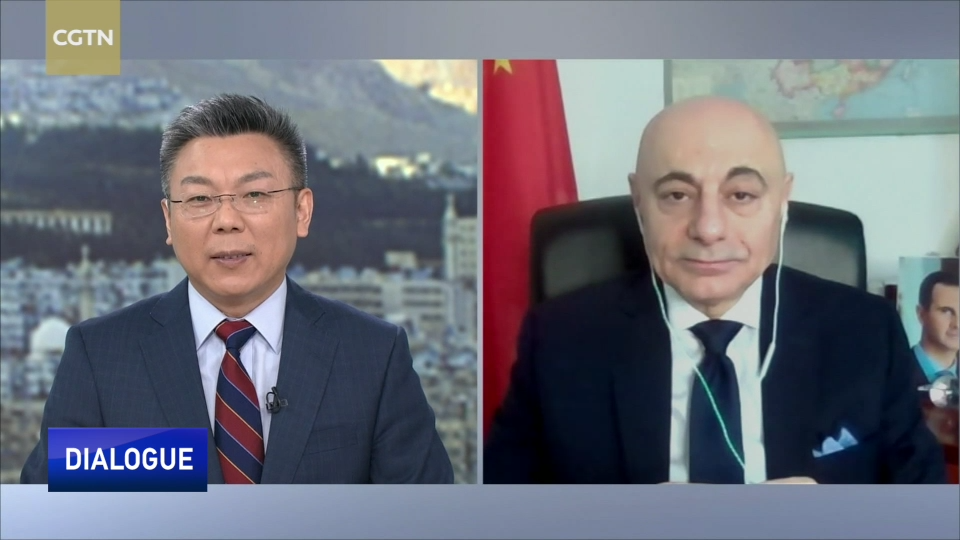 In contrast, Ambassador Moustapha said China is a country where its leaders care for the people.

China announced the end of absolute poverty in 2020 by lifting the final 98.99 million people out of poverty in eight years. In 2021, China moved up to 12th in the "Global Innovation Index (GII) 2021," the only middle-income economy in the list of the world's top 30 most innovative economies. In 2019, China surpassed America to become the biggest source of applications for international patents.

"I'm very proud to say that today I can go to any city in China, any city, Hefei, Jingdezhen, wherever I go, I feel safe walking in any street. This is the greatest achievement of China that – from the macro level – it has achieved spectacular results, but on the micro level, it has taken care of every single Chinese citizen. This is, as far as I am concerned, a true democracy," said Ambassador Moustapha.

Belt and Road Initiative: A shared future for mankind

And China is keen to bring the benefits of economic development to more countries. The Belt and Road Initiative proposed in 2013 has grown into the world's largest international cooperation platform, with more than 170 countries and international organizations signing cooperation agreements with China.

By the end of 2020, Chinese enterprises had invested nearly $40 billion in overseas economic and trade cooperation zones in countries along the routes, over $4.4 billion in taxes and fees were paid to host countries, and 330,000 local jobs had been created.

"China believes that if it helps the others, this will also reflect on China positively. This is a comprehensive philosophy. It is a philosophy based on understanding that humanity, human community, must have a shared future. And this philosophy is the underpinning of the Belt and Road Initiative," said Ambassador Moustapha.

"In the Belt and Road Initiative, China is helping other nations, like my own country, to evolve and develop. China believes that when Syria becomes more and more rich and developed, Syria will do more and more business with China. And then China will also benefit, and when China benefits, it will help more and more Syrians. It's a mutually beneficial equation for both parties," he said.

Ambassador Moustapha said the great success China achieved in a span of decades without shedding blood or shooting bullets has left America embarrassed, and that's part of the reason it has waged attacks on China almost on every front.

The White House announced a "diplomatic boycott" of the Beijing 2022 Winter Games in December, saying it will not send any official representation to the games. Countries like the UK, Canada and Australia have followed suit.

"I think it's political jealousy, and it's very cheap, low-level politicizing of the games. They just want to attack China, criticize China, do whatever to tarnish the image of China," said Ambassador Moustapha.

"I think this coming Winter Olympics will be so successful, both on the organizational level and from the mere, pure sportive level. It will only drive them angrier. Believe me, the more successful you are, the more angry they will become; the more sinister, and they will come up with more and more stories to try to tarnish the image of China," he said.

"But the only reaction from China towards this attempt by them should be that China would continue to become ever more advanced, ever more successful, and ever more powerful," said Ambassador Moustapha.

"Only when the United States will understand that it is not the only power in the world - the sole player on the world scene - only then, maybe, the United States will tune down its aggressive, hostile policies towards the rest of the world. So, every success achieved by China is looked upon by the rest of the countries in the world as a success for the world order. And this is why I'm so happy that China is doing what it is doing right now and moving forward in a continuous, nonstop way."

"Dialogue" is a prime time daily English talk show on CGTN. The 30-minute talk show covers a wide range of domestic and international topics, providing a balanced and critical perspective on current affairs and analysis within the framework of cross-cultural and multi-disciplinary comparisons. This is a special collaboration by "Dialogue" and Euronews, a French-based pan-European television news network, headquartered in Lyon, France. Euronews began broadcasting on January 1, 1993, with the aim of covering world news from a European perspective.