Download
WHO: Global COVID-19 cases jump 71% in a week as Omicron spreads
CGTN 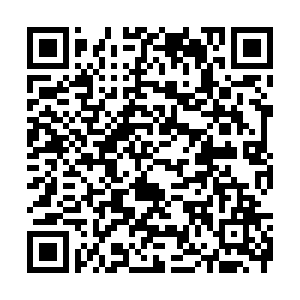 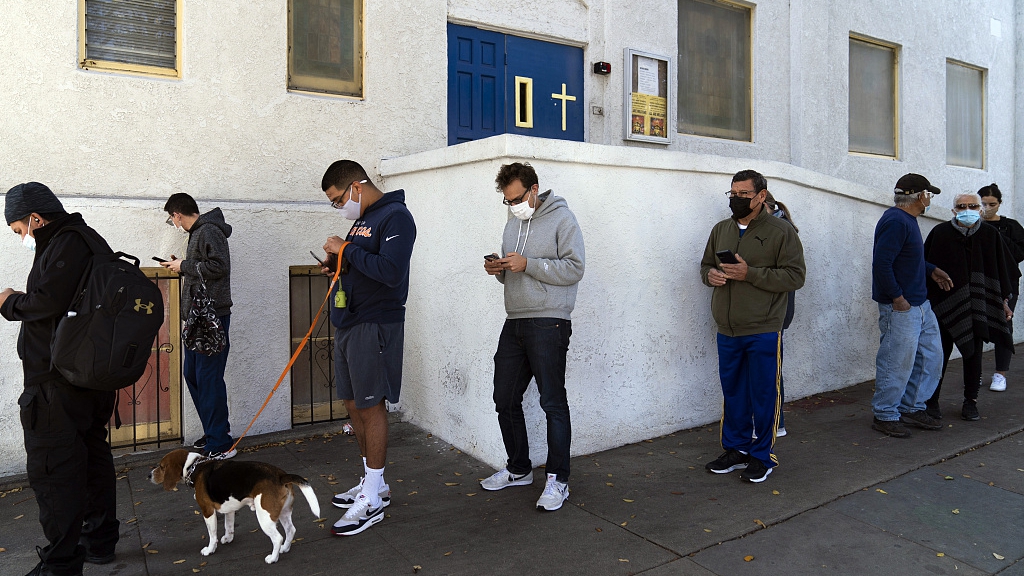 The World Health Organization (WHO) said Thursday that a record 9.5 million COVID-19 cases were tallied last week as the coronavirus variant Omicron swept the world, a 71 percent increase from the previous 7-day period that the UN health agency likened to a "tsunami."

"Last week, the highest number of COVID-19 cases was reported so far in the pandemic," WHO Director-General Tedros Adhanom Ghebreyesus said, adding that the WHO was certain that was an underestimate because of a backlog in testing around the year-end holidays.

The WHO said the rises in case counts over the last week varied, doubling in the Americas region, but rising only 7 percent in Africa. 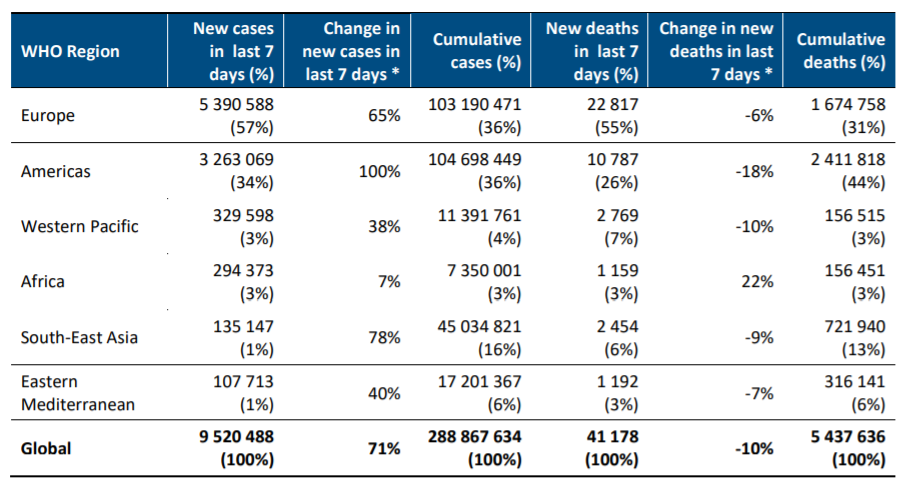 The rise in case counts over the last week varied from region to region. /Screenshot from the WHO's weekly report on COVID-19.

The rise in case counts over the last week varied from region to region. /Screenshot from the WHO's weekly report on COVID-19.

However, the number of weekly recorded deaths declined to 41,178 from 44 680 in the week before, a 10 percent decrease, according to the WHO's weekly report on the pandemic.

WHO officials have long cited a lag between case counts and deaths, with changes in the death counts often trailing about two weeks behind the evolution of case counts. But they have also noted that for several reasons including rising vaccination rates in some places and signs that Omicron affects the nose and throat more than the lungs.

Any rise in hospitalizations or deaths in the wake of the latest surge in cases isn't likely to show up for about two weeks.

Omicron seems less severe than Delta, but not mild

Early studies showed there was a reduced risk of hospitalization from the variant, said Janet Diaz, WHO lead on clinical management.

There appears also to be a reduced risk of severity in both younger and older people, she told a media briefing from WHO headquarters in Geneva.

The remarks on the reduced risks of severe disease chime with other data, including studies from South Africa and England, although Diaz did not give further details about the studies or ages of the cases analyzed.

The impact on the elderly is one of the big unanswered questions about the new variant as most of the cases studied so far have been in younger people.

While Omicron seems less severe than Delta, especially among people who have been vaccinated, Tedros cautioned: "It does not mean it should be categorized as mild. Just like previous variants, Omicron is hospitalizing people, and it's killing people.

"In fact, the tsunami of cases is so huge and quick that it is overwhelming health systems around the world."

The WHO chief told the briefing that the current COVID-19 vaccines can still be effective in terms of hospitalization and death though the shots may not prevent all infections.

Another booster shot may be needed later this year

The efficacy of boosters against COVID-19 is likely to decline over the next few months and people may need another shot in the fall of 2022, Moderna Inc. Chief Executive Officer Stephane Bancel said at a healthcare conference on Thursday.

Bancel said the company is working on a vaccine candidate tailored to the Omicron variant of the coronavirus, but is unlikely to be available in the next two months.

"I still believe we're going to need boosters in the fall of 2022 and forward," Bancel said.

His comments on needing a fourth shot come on the back of Israeli Prime Minister Naftali Bennett citing a study on Tuesday that a fourth dose of COVID-19 vaccine boosts antibodies five-fold a week after the shot is administered.

The WHO emergencies chief, Dr. Michael Ryan, said speculation that Omicron might be the last variant of the outbreak was "wishful thinking" and cautioned: "There still is a lot of energy in this virus."

"I think it's very unlikely that Omicron will be the last variant that you will hear us discussing," added Maria Van Kerkhove, WHO's technical lead on COVID-19.

Separately, Ryan said the WHO's work with the International Olympic Committee and China – which is set to host the 2022 Winter Olympic and Paralympic Games – led him to be "confident" that the measures that games organizers have put in place were "very strict and very strong."

"We don't at this point see any increased risk of disease transmission in that context," Ryan said.