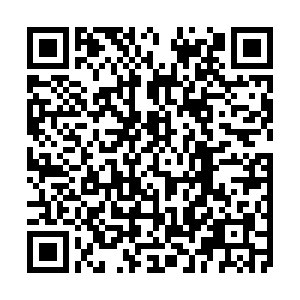 As Pakistan is going through its first spell of heavy rainfall and snow of the new year, the country has reported more than 41 deaths with hundreds of people displaced and many houses damaged, Pakistani officials said on Saturday.

Over 40 people have been killed and dozens of others injured in various incidents related to heavy downpours and extremely cold weather since Friday, said Nouman-ul-Haq, an official from the National Disaster Management Authority.

In a mishap, 22 people, including nine children, froze to death in vehicles stranded in snow in the country's north Murree region as thousands of tourists flocked to the resort area to enjoy snowfall, which created a big management crisis, said the official, adding that entry of tourists to the hill station would be banned for the next two days.

Around 1,000 cars of tourists have been stuck in Murree as authorities launched a full-fledged operation to rescue the stranded people, with locals providing them food and blankets to help them combat the chilly weather.

At least 20 others were killed in other parts of Pakistan owing to extreme weather conditions, the official said.

According to rescue officials in the northwest Khyber Pakhtunkhwa province, nine people were killed and 10 others injured in various rain and snowfall-related incidents on Friday and Saturday.

Personnel of the Pakistan army, navy and paramilitary Frontier Corps are assisting local governments in rescue and relief operations in the affected areas of the country. Hundreds of people have been shifted to safe places after torrential rains damaged their houses in Balochistan, the worst affected region in the wet spell.

According to a statement of the Pakistan Meteorological Department, heavy rains with snowfall over the hills are expected in parts of the country until Sunday.

Heavy rainfall may generate flash flooding in vulnerable parts of the country, said the weather department, adding that heavy snowfall in hilly areas may cause road closures and all the concerned authorities should remain alert during the forecast period.

The heavy rains and snowfall also disrupted travel across Pakistan. More than 20 flights to and from the eastern Lahore city were canceled or diverted owing to the inclement weather, according to sources from the Allama Iqbal International Airport in Lahore.

The bad weather affected the train services in the country, where passengers had to face delays of hours, with authorities urging people to only make necessary travels during the forecasted period and get details of their flights or train departures prior to leaving homes.

The recent wet spell also added chill to the weather, halting daily life while forcing people to stay indoors. Many residents have reported outages of natural gas or power in parts of Pakistan.