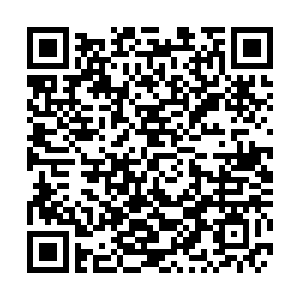 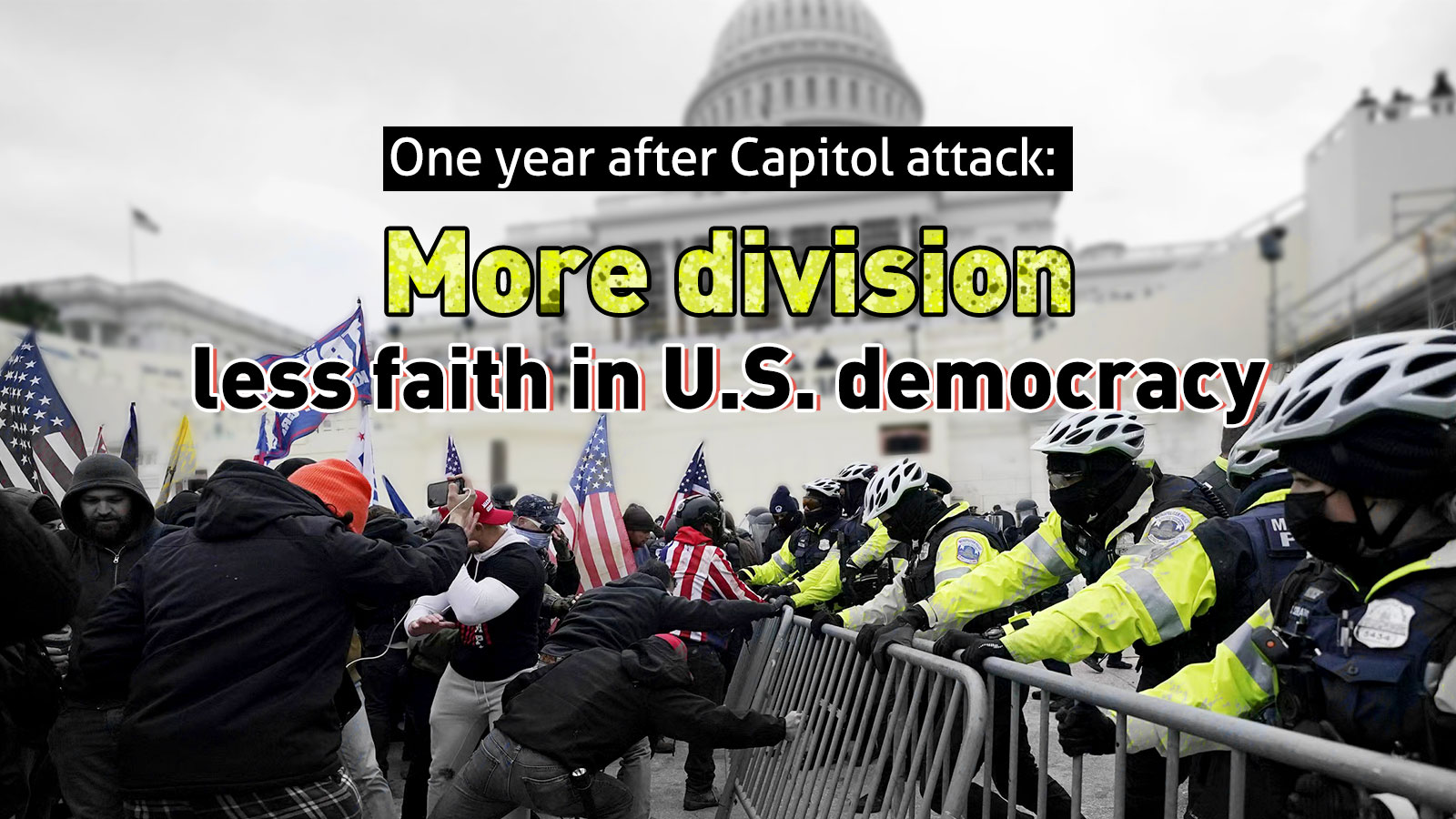 As more people gathered at Capitol Hill on January 6 last year, hostility in the air became palpable. Around noon, thousands of supporters of then U.S. President Donald Trump clashed with police officers guarding the building. The crowd, distinguished by their red "MAGA" hat and American flags, sought to overturn the result of the 2020 presidential election, which Trump had repeatedly claimed was rigged and stolen by the "radical-left Democrats."

Police used pepper spray and stun grenades to disperse the crowd while it returned with furious shoves, punches, flying bike racks and fire extinguishers. Their anger toward the government in Washington was felt in the waves of accusatory chants: "Stop the Steal! Stop the Steal!" "Stop protecting tyrants, stand down!" another yelled at the line of police officers. As the exchange of violence becomes more heated, the protesters who were larger in number eventually overwhelmed the perimeter and forced their way into the U.S. Capitol.

Inside, lawmakers and security quickly barricaded the windows and doors as the protesters freely roamed the hallways and trashed offices of U.S. senators. The insurrection – now known as the worst assault on the Capitol since 1814, when British troops burned the building to the ground - resulted in the death of four protesters and one police officer, with more than 140 officers were wounded.

Almost one year after President Joe Biden promised to heal the nation's political division, the American public remains deeply divided. For one, people can't come to agreement on what really took place on January 6, 2021.

While 93 percent of Democrats considered it an attack on the government, only 29 percent of Republicans agreed, according to a Quinnipiac University national poll. Another poll by The Associated Press-NORC Center for Public Affairs Research found only four in 10 Republicans recall the event as violent, while nine in 10 Democrats do.

"We're ashamed of nothing," said Republican Congressman from Florida Matt Gaetz who appeared unapologetic in supporting Trump's claims of election fraud. "We're proud of the work we did on January 6 and we're actually going to walk the grounds that patriotic Americans walked from the White House to the Capitol."

On the other hand, Democrats have been unified in condemning the actions taken by Trump and his supporters who stormed the Capitol. In a blistering speech delivered in the National Statuary Hall – an ornate chamber filled with marbled sculptures of prominent Americans in history that was choked with tear gas a year earlier – Biden called Trump a "defeated president" who still threatens American democracy today. 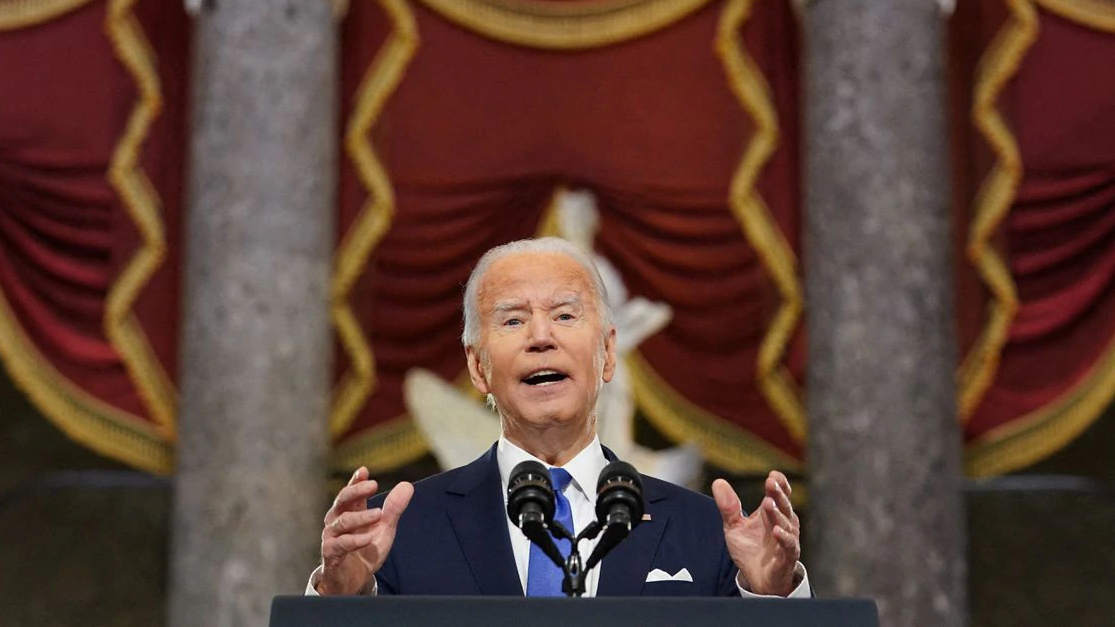 U.S. President Joe Biden speaks in the National Statuary Hall on the first anniversary of the January 6, 2021 attack on the Capitol, in Washington, U.S., January 6, 2022. /Reuters

U.S. President Joe Biden speaks in the National Statuary Hall on the first anniversary of the January 6, 2021 attack on the Capitol, in Washington, U.S., January 6, 2022. /Reuters

The main culprits behind the insurrection appear to be conservative opinion influencers on the internet and airwaves, who consistently pushed false beliefs about the 2020 presidential election. Of all the podcasts released between November 3 and the January 6 riot, about half contained misinformation about the election, according to an analysis by the Brookings Institution which analyzed nearly 1,500 episodes from 20 of the most popular political podcasts.

In some weeks, 60 percent of episodes mentioned conspiracy theories regarding the election. These include claims that software glitches interfered with the count, that fake ballots were used and that voting machines run by Dominion Voting Systems were rigged to help Democrats.

"Partisan polarization remains the dominant, seemingly unalterable condition of American politics," a report by Pew Research Center published in November stated. "Republicans and Democrats agree on very little – and when they do, it often is in the shared belief that they have little in common."

The report attempts to provide better understanding to the current fractured political landscape in the U.S. by categorizing its public into nine distinct groups, based on their attitudes and beliefs.

According to Pew, Republicans can be divided on principles long associated with the Republican Party, such as an affinity for businesses and corporations, support for low taxes and opposition to abortion. They include the "Faith and Flag Conservatives," the "Committed Conservatives," the "Populist Right" and the "Ambivalent Right." Together, they account for 40 percent of America's adult population.

While Democrats widely share goals such as combating racial and economic inequality in the U.S., they differ on whether systemic change is needed to achieve those goals. They include the "Progressive Left," the "Establishment Liberals," the "Democratic Mainstays" and the "Outsider Left." Add it all up, they account for 45 percent of U.S. adults. 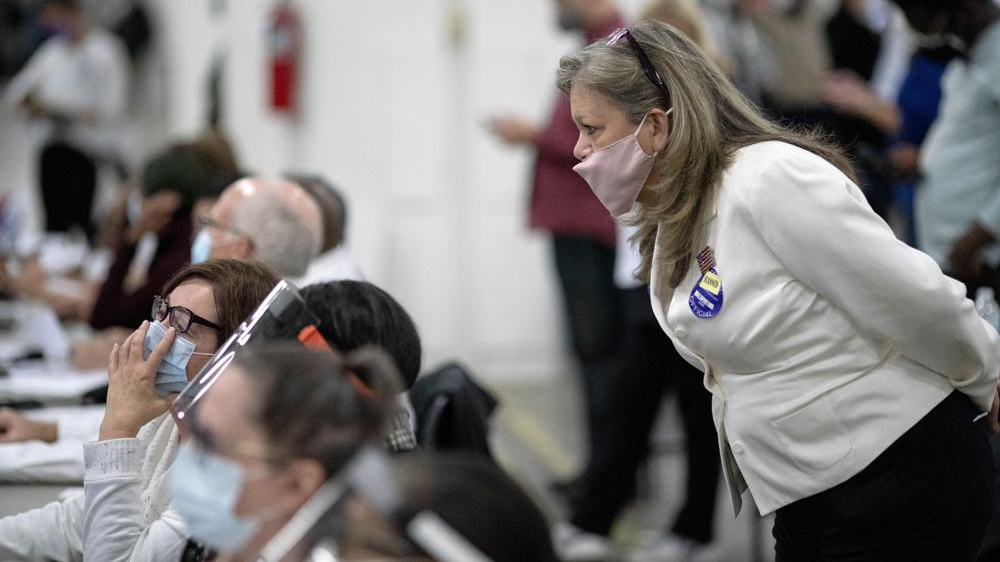 A Republican election challenger (right) watches over election inspectors as votes are counted into the early morning hours, November 4, 2020, at the central counting board in Detroit, U.S. /AP

A Republican election challenger (right) watches over election inspectors as votes are counted into the early morning hours, November 4, 2020, at the central counting board in Detroit, U.S. /AP

Sandwiched in the middle are the "Stressed Sideliners," who are split equally between leaning toward Democrats and Republicans. In total, they account for the remaining 15 percent.

These signs of stress have many worried, including the country's youth population. Data from the Harvard Kennedy School's Institute of Politics (IOP) in December suggested that a majority of young Americans under 30 are worried about the health of American democracy – a shift from earlier this year, when most said they were hopeful.

Among these young adults, those who identify with the Republican Party are especially pessimistic, with 70 percent saying American democracy is "failing" or "in trouble," compared with 45 percent of Democrats.

"After turning out in record numbers in 2020, young Americans are sounding the alarm. When they look at the America they will soon inherit, they see a democracy and climate in peril – and Washington as more interested in confrontation than compromise," said John Della Volpe, polling director at IOP.