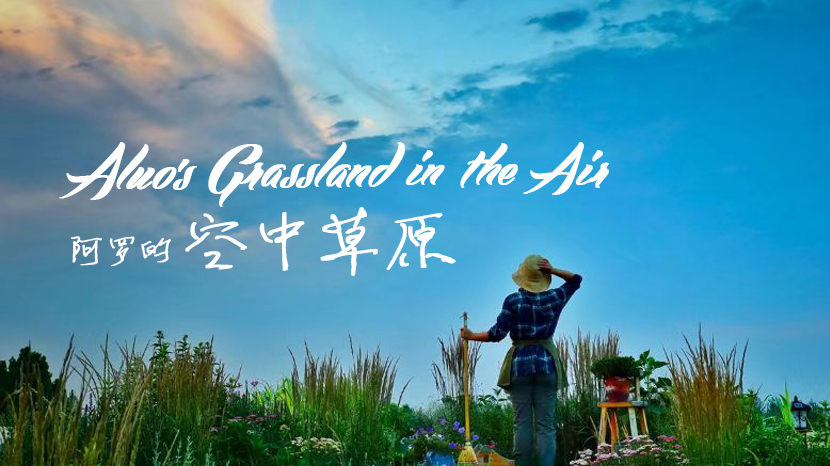 Aluo's garden is considered one of the most beautiful private gardens in Beijing. The garden is set against the sky and looks like a piece of grassland floating in the air. Aluo herself, as a photographer, loves traveling. She used to think that the best and most poetic scenery could only be found elsewhere. But her sister, who wants Aluo to stay in Beijing more often, holds a different opinion. To make Aluo stay with her longer in Beijing, she and garden designer Hou Ye built a garden for Aluo on the roof of her house.

The grassland-like garden perfectly suits Aluo's personalities. The garden has many kinds of grasses and looks quite wild. By taking care of the garden, Aluo gradually stays in Beijing more often and finds that the poetry and dreams she has been looking for are not elsewhere but inside her heart. The garden, which demonstrates the sincere love between two sisters, has changed her life-attitudes and helped her realize the true meaning of life.

(Cover image is provided by Aluo and designed by Li Yueyun)