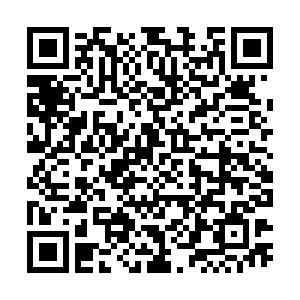 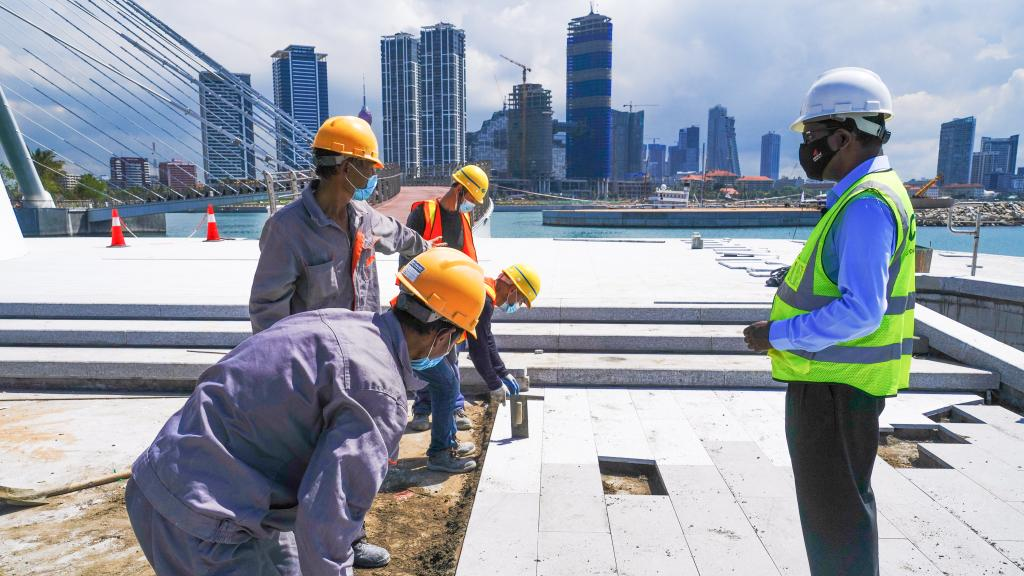 Editor's note: Rabi Sankar Bosu is an Indian contributor to Chinese media outlets. He writes about Chinese politics, social and cultural issues, and China-India relations with a special interest in the Belt and Road Initiative. The article reflects the author's opinions, and not necessarily those of CGTN.

The close bond of friendship between China and Sri Lanka, as Chinese President Xi Jinping hailed "the warm ocean of China-Sri Lanka friendship" during his historic visit to the "splendid pearl" in September 2014, surely attests to the fact that although Sri Lanka is a small country, China treats all countries equally regardless of their size and economic power. Indeed, when it comes to uphold the supremacy of peace on international affairs, China takes a visible lead justifying its role as a responsible world power with its peace-oriented foreign policy to its small neighboring countries.

As part of his first foreign visit to five littoral countries in the Indian Ocean in the New Year, Chinese State Councilor and Foreign Minister Wang Yi will be paying a two day official visit to Sri Lanka from January 8 to 9. Wang's two-day visit comes at a unique time as this year marks the 65th anniversary of the establishment of diplomatic relations between China and Sri Lanka, and the 70th anniversary of the signing of the Rubber and Rice Pact between the two nations.

It has been observed that since the end of Sri Lanka's 30-year-long civil war against the Liberation Tigers of Tamil Eelam (LTTE) in 2009, the Chinese government and people have continued to lend a helping hand to provide a large number of concessional low interest rate loans and investments for Sri Lanka's infrastructure. Both countries have been maintaining relationships at their strongest level at present.

Surely, Wang's visit to Colombo as part of celebrations of the above-noted two landmark events in bilateral relations will further advance bilateral ties, strengthen bilateral win-win cooperation in various fields at this time of COVID-19 pandemic. The Chinese foreign minister's visit to the island nation holds a lot of importance, owing to Sri Lanka's persisting economic crisis with its foreign exchange reserves dwindling as well as continuing efforts by both India and the U.S. to counter China's influence in the island nation.

As such, it is expected that on the bilateral front, during his meetings with Sri Lankan President Gotabaya Rajapaksa and Prime Minister Mahinda Rajapaksa, Wang will discuss economic cooperation with Sri Lanka. According to media reports, it is learnt that the Chinese foreign minister will offer special aid for the Sri Lankan government's post-COVID-19 recovery efforts including the $1.4 billion Colombo Port City project. It is also expected that during his time in Colombo, he will resolve the unresolved fertilizer deal which put some strain on the cordial relations between the two countries in recent months.

But the the Chinese foreign minister's visit takes place at a time when the U.S. is trying hard to woo Sri Lanka for its so-called free Indo-Pacific under the Quad grouping due to Sri Lanka's strategic location across the world's busiest sea lanes. It is seen that the U.S. has been interfering in the relations between China and Sri Lanka by charging China's various infrastructure projects under the Belt and Road Initiative (BRI) in Sri Lanka as "debt-trap diplomacy." It should be noted here that during his visit to Sri Lanka in October 2020, former U.S. Secretary of State Mike Pompeo openly charged China as "predator" and said that the U.S. comes in a different way.

But the accusation of debt-trap by China toward Sri Lanka does not hold water since less than $9 billion of Sri Lanka's $57 billion debt was taken from China as of 2019.

In recent years, as Sri Lanka's strategic partner, China has extended its support for the development of major projects such as the Hambantota Port and the Colombo Port City under the BRI framework, and thus, helped develop Sri Lanka's economy and improve people's livelihood. Over the years, China has become Sri Lanka's biggest aid donor, source of foreign investment, trade partner, and source of foreign tourists. It should be noted here that after the COVID-19 pandemic in 2020, in addition to donating 18 million doses of the Sinopharm vaccine to Sri Lanka as of August 29, 2021, China also assisted the country by offering loans, and a currency swap deal worth 10 billion yuan (about $1.5 billion) which proves that China is a friend of Sri Lanka in need indeed. China has never linked investment and aid to Sri Lanka's politics, nor interferes in the country's political affairs. 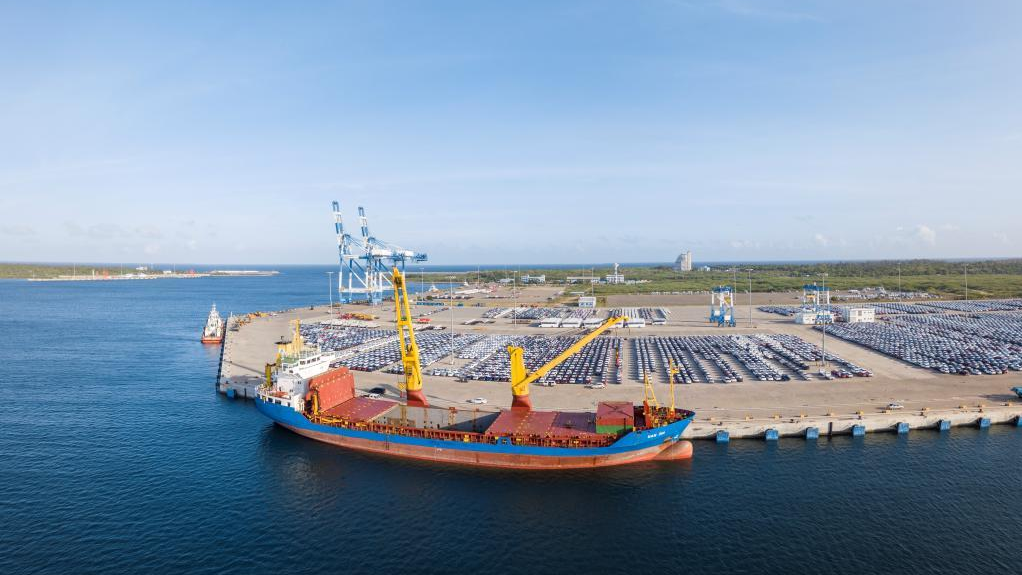 However, following the footsteps of his predecessor Donald Trump, U.S. President Joe Biden's focus in his policy on Asia mainly rests on the containment of China theory. As such, taking a harsh stance against the Gotabaya Rajapaksha government, the Biden administration excluded Sri Lanka from its so-called Summit for Democracy on December 9-10 as a punishment since Sri Lanka courted China as its reliable friend for China's consistent economic policies, good trade practices with a "win-win spirit," as in the words of Rajapaksa on April 28, 2021, "Sri Lanka has attached utmost importance to developing ties with China as it is a trustworthy and long-term cooperative partner of Sri Lanka for its support for Sri Lanka's socio-economic development."

On the other hand, India has been too concerned about Sri Lanka's embrace of China in recent years. India has long considered  Sri Lanka as its strategic backyard due to its geographical proximity as well as cultural and linguistic affinity to India. Therefore, India is always wary of Chinese domination in Sri Lanka as well as the Indian Ocean. Plainly speaking, due to India's geopolitical scuffle with China, India has been trying to resist Chinese investment footprint in Sri Lanka as India has long aspired to acquire a dominant position in Sri Lanka by not ceding space to China. Sri Lanka had not approved the construction of a Chinese hybrid energy system project in its north-eastern part due to the interference by India as expressed in the tweet of the Chinese Embassy in Sri Lanka a "third country," a veiled reference to India.

As such, the signing of the $1.5 billion deal on lease of Sri Lanka's deep-sea port of Hambantota to China Merchants Port Holdings on July 29, 2017, the Colombo International Container Terminal (CICT) and the Colombo Port City financed by China as part of the BRI had upset India. India has raised repeated concerns over major Chinese infrastructure projects in Sri Lanka, fearing the Chinese-built Hambantota and Colombo Port would provide a naval advantage to China on its doorstep in the Indian Ocean. Many foreign policy experts as well as India's media even criticized Sri Lanka as a Chinese colony given the debt-ridden nature of the Sri Lankan economy. Although India's new oil deal with Sri Lanka signed on January 6 is seen as a diplomatic victory for India against China, it will cast no long shadow over China- Sri Lanka ties.

The recent visit to the Tamil-majority Northern Province of Jaffna, Mannar and Point Pedro on December 15 and 16 by the Chinese Ambassador in Sri Lanka, Qi Zhenhong and his donation of 100 motorcycles to the Sri Lankan Police, donating five sets of water purification mobile plants to Jaffna province and providing Tamil fishermen with fishing nets was watched keenly by Indian foreign policy establishment. In the light of Chinese envoy's visit, many Indian political analysts believe that Wang Yi's visit to Sri Lanka will enhance China's position in Sri Lanka giving India a major blow in its own backyard at a time when India's relations with its immediate neighbors have run into rough weather drawing a wave of criticism of India's BJP-led government's "Neighborhood First Policy" under Prime Minister Narendra Modi.

In summation, it can be said that Sri Lanka needs big investment and help for its port-related infrastructure development, so China's experience and investment in infrastructure projects is very helpful to Sri Lanka which is undergoing a difficult time of economic distress with COVID-19. Needless to say, the Chinese foreign minister's visit to Sri Lanka will bring more fruits to the 21 million Sri Lankans towards an even brighter future, boosting confidence in China-Sri Lanka ties amid India's geopolitical jostling with China.