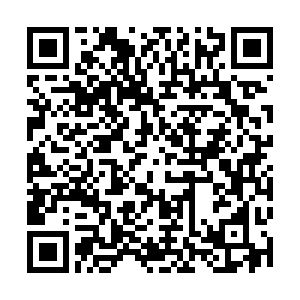 The process of glacial advances and retreats unfolds the story about Earth's evolution, said Chinese scientists on a glacier research tour of the Qinghai-Tibet Plateau, also known as the roof of the world.

Focusing on the plateau's glaciers, the team paid a special visit to the Weigele Dangxiong Glacier, a vast glacier in a nature reserve.

Glaciers start to form when snow remains in the same place year-round; after reaching a certain amount, the accumulated snow transforms into ice. According to the scientists, ice also has its own way of recording growth, like tree rings.

"The glacier has four dirty ice layers. What do these four layers represent? They represent that the ice tongue here has experienced four advances and four retreats of the glacier," said Zhang Yong, a researcher with the CRSRI team at the site.

Zhang said the thickness and darkness of the ice reflect the accumulation conditions of the glaciers during different periods.

"So during our 30 years of monitoring, we found that there were 10 glacial advances and 24 retreats. The answer was given by these texture layers," said Zhang.

An ice tunnel resulting from constant rainfall in the summer is inside the Weigele Dongxiong Glacier.

"Inside this cave, we can see two kinds of ice. The ice we are looking at here is the old ice, also called the blue ice, the ancient glacier. Due to high intensity of pressure, the density of ice becomes high, turning it into blue ice," said Zhang.

According to Zhang, glacial motion dating back 100-plus years helped the recent blue ice occur.

Many different wonders are inside the ice cave. However, the amazing glacier scenery outside also catches people's eye.

"We are now on the structure of the glacier, and our in-depth study of glacial structure allows us to model in the laboratory, which also increases theoretical knowledge for the study of crustal deformation patterns. At the same time, we can find the mechanism of glacial evolution in this place," said Zhang.