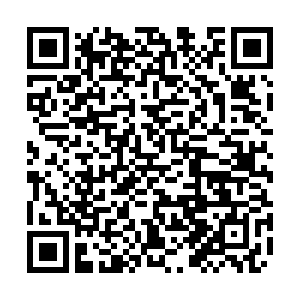 Calling it a "self-styled" analysis report, the Macao SAR government said in a statement that the report contains baseless and biased claims about Macao's development and is severely lacking in its understanding of the practical situation and public sentiment in Macao.

The Macao SAR will continue stringently to fulfill its constitutional responsibility to safeguard national sovereignty, security and development interests, and strongly opposes interference in Macao affairs by any external forces, the SAR government stressed.

Since its return to the motherland over two decades ago, Macao has maintained social stability, propelled its economy and its people's well-being, and successfully implemented the principles of "One Country, Two Systems" and "Macao people administering Macao" and a high degree of autonomy.

Macao's political system has benefited from substantial development, and the Macao SAR has gradually optimized relevant electoral systems in accordance with the SAR's own characteristics and development needs, the SAR government said.

In line with the Basic Law and election laws of the Macao SAR, Macao has seen the successful completion of elections for seven successive terms of the Legislative Assembly and five elections for the post of chief executive conducted in a fair, just, open and clean manner, it said.

The political rights enjoyed by Macao residents, such as the right to protest and assemble, have been fully respected and protected while news organizations are free to follow their own editorial initiatives, illustrating the coexistence and mutual respect among different voices in Macao, the SAR government added.

It voiced its confidence that Macao is bound to embrace a brighter future by actively taking part in and integrating with the development of the country, particularly of the Guangdong-Hong Kong-Macao Greater Bay Area.

"Macao will surely open up new horizons and a fresh chapter for development with the firm support of the central government and the participation of the whole of the local community," said the SAR government.

It also pledged to handle matters related to Macao-Taiwan relations in accordance with the Basic Law of the Macao SAR and the fundamental principles and policies implemented by the central government, and further promote people-to-people exchanges and cooperation between Macao and Taiwan.

A spokesperson for the Taiwan Affairs Office of the State Council on Friday also rejected the report and slammed the DPP authority in Taiwan for political manipulation of Macao affairs.

"We will never allow anyone to interfere in Macao affairs," said Zhu Fenglian.