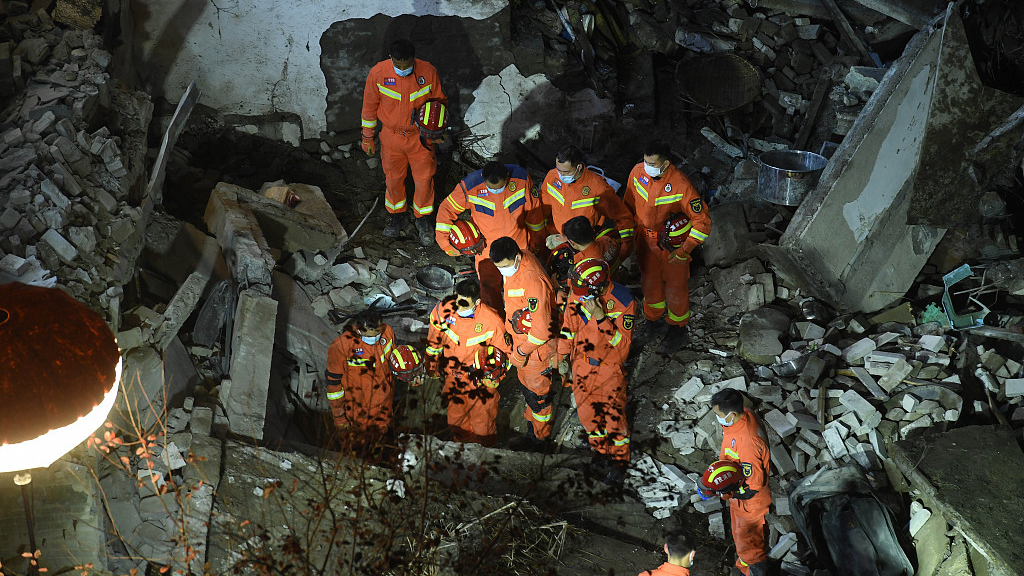 Authorities in southwest China's Chongqing Municipality say a building collapse that killed 16 people has prompted a thorough review of the city's safety standards.

The city said it is launching an overhaul of safety protocols to eliminate potential safety hazards and prevent similar tragedies from happening again.

On Friday, a lunchtime explosion inside a canteen in Chongqing's Wulong District caused the two-story building to collapse, trapping 26 people under the rubble.

"When the explosion occurred, it was extremely loud, and the air was filled with dust," said Lei Ping, a local resident.

"When it happened, I felt it was so powerful that I almost sprang up from my chair. We were very frightened because we had no clue what caused the explosion," said a resident surnamed Zhu.

The cause of the explosion is still being investigated but authorities suspect a gas leak. The State Council Safety Committee of China has taken over the supervisory role of the investigation.

Yang Lin, a spokesperson for the Wulong District government, said ten people were pulled out alive and sent to hospital for treatment. Over 600 personnel from the emergency, fire, public security and medical services were involved in the search and rescue operation and provide medical treatment to the injured, said Yang. Also deployed are multiple cranes, fire engines and ambulances, added the spokesperson.