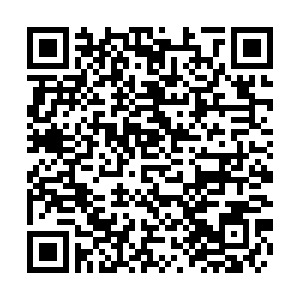 Multiple technologies were used during a three-day scientific research expedition focused on tracking glacier expansion at the headwater region of the Yellow River, the country's second-longest waterway, in northwest China's Qinghai Province.

The Qinghai-Tibet Plateau, also known as the "roof of the world," is the source of multiple major rivers in Asia. The expedition was launched on December 29, 2021, in Sanjiangyuan, meaning the "source of three rivers," namely the Yangtze River, Yellow River and Lancang (Mekong) River. A vast glacier in the Sanjiangyuan National Park, dubbed "Weigele Dangxiong," was a major focus of the research mission conducted by the scientists from the Changjiang Water Resources Commission.

The main purpose of this scientific expedition was to use a satellite remote sensing system, drones and other technical means to build a three-dimensional (3D) observation system to comprehensively assess the associated impact of glacier changes and the ecological environment of the Yellow River, as well as geological and climatic disasters in the basin.

"I am analyzing the data from the real-time remote sensing image of the surrounding areas of the glacier transferred back by the satellite, so as to offer technical support to the research. Besides, the drones will help collect the data and shoot an image of the glacier, as well as create a 3D map of the glacier," said Guo Zhiwei, a researcher at the site.

The scientists have managed to remodel the geographic changes of the glacier with the data collected by the satellite remote sensing system.

"We use six different colors such as red, yellow and green to illustrate the chronological changes of the glacier over the past 34 years. The ground-based station helps us measure and mark the borders of the glacier in different periods so that we can see the patterns of its expansion and contraction," said Zhang.