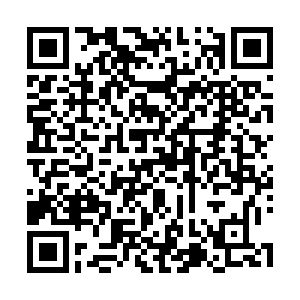 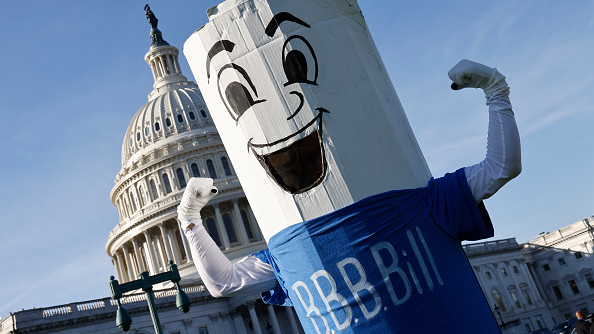 Build Back Better "Bill" heads to Capitol Hill to meet with legislators, including the Congressional Black Caucus and Tri-Caucus, on the day Build Back Better is set to be voted on in the House in Washington, D.C., November 18, 2021. /Getty

Build Back Better "Bill" heads to Capitol Hill to meet with legislators, including the Congressional Black Caucus and Tri-Caucus, on the day Build Back Better is set to be voted on in the House in Washington, D.C., November 18, 2021. /Getty

Editor's note: Koichi Hamada is a Professor Emeritus at Yale University and was a special adviser to former Japanese Prime Minister Shinzo Abe. The article reflects the author's opinions, and not necessarily those of CGTN.

When Democratic Senator Joe Manchin announced that he would not support U.S. President Joe Biden's Build Back Better Act – effectively dooming the president's signature legislative initiative – he cited America's "staggering debt." His concerns echoed those of Biden's Republican opponents, who insist that all that spending would expand the deficit and leave future generations groaning under the weight of a heavy tax burden.

But would it? Proponents of Modern Monetary Theory (MMT) would beg to differ.

The Build Back Better Act's detractors subscribe to the conventional Ricardian assumption that, over time, a government must balance its budget, just like a private firm. But MMT holds that, as long as debt is denominated in a country's own currency, its government cannot default. Excessive government spendingcan fuel inflation, but as long as prices are stable, governments can spend away, using fiscal deficits – rather than tax revenues – to support employment and finance public goods.

While MMT is not new, it has been gaining traction in recent years. And a significant share of its following nowadays comes across almost as zealots, unwilling to brook any dissent. Meanwhile, mainstream economists largely regard MMT as tantamount to professional heresy, with some avoiding so much as uttering its name.

Needless to say, the rigid stances of MMT's devotees and detractors have not lent themselves to productive discussion. This is a serious loss for policymakers because MMT includes both problematic propositions and perfectly reasonable – even highly useful – positions.

In the latter category, the idea that stands out is essentially functional finance theory (FFT). Proposed by Abba Lerner in 1943, FFT holds that because governments borrowing in their own currency can always print money to service their debts but still face inflation risks, they should aim to balance supply and demand at full employment rather than fret about balancing the budget. In Lerner's view, well-targeted deficit spending is an effective way for governments to "maintain prosperity." 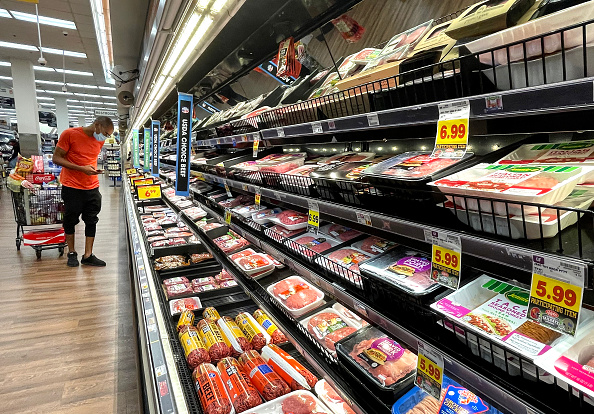 A person shops in the meat section of a grocery store in Los Angeles, California, November 11, 2021. /Getty

A person shops in the meat section of a grocery store in Los Angeles, California, November 11, 2021. /Getty

FFT supports the case for Build Back Better, which includes spending on goods like education, infrastructure, and the green transition. The Biden administration claims that the act would be financed entirely with tax revenues. But even if that turned out not to be the case, as his detractors predict, wouldn't inadequate infrastructure, depleted human capital, and a planet ravaged by climate change hurt future generations more?

To be sure, U.S. policymakers broadly recognize the importance of such investments, especially in infrastructure; the U.S. Congress recently passed, with bipartisan support, a $1 trillion spending plan that aims to advance objectives like overhauling the electricity grid, upgrading railways, and expanding access to high-speed internet. But even some Democrats demanded that the new funds contained in the package be entirely offset by new tax revenue – a development that highlights enduring resistance to the logic of MMT or FFT.

And yet, as the Wall Street Journal's James Mackintosh recently argued, this may be largely a "rhetorical" issue. After all, he notes, "the infrastructure act is, in fact, debt-financed anyway." And it may well be that many of Build Back Better's supporters are not convinced by Biden's claims that tax revenues will offset the new spending but are not that concerned about it.

But MMT and FFT are not synonymous. MMT includes two additional propositions that, in my view, are unsound. The first is that monetary policy should be conducted in such a way that it facilitates fiscal-policy decisions, such as by maintaining a constant, very low interest rate.

This expresses a crucial feature of post-Keynesian economics: interest rates, rather than money supply, are the key variables. This defies conventional economic thinking, which focuses on the interaction of stock and flow variables and the role of expectations. More important, if interest rates are held constant and prices start to rise, inflation could snowball. MMT proponents would advocate tax hikes as a way to manage aggregate demand and control inflation. But given what we know about asset dynamics, this would be a hard sell.

MMT's second problematic proposition – that governments should provide a job guarantee in order to maintain full employment while mitigating inflationary pressures – is even harder to defend. It simply moves too far in the direction of socialist labor allocation and enables governments to wield excessive control over workers' wages.

When I explained MMT to former Japanese Prime Minister Shinzo Abe, he compared it to preparing fugu. If done correctly, the puffer fish is a sublime delicacy. But if the chef makes even a minor mistake, the diner could suffer a rapid and painful death.

It is an apt metaphor. If policymakers adopt the positive elements of MMT – essentially, FFT – they will gain new options for bolstering prosperity for current and future generations. But one wrong cut and the results could be fatal.