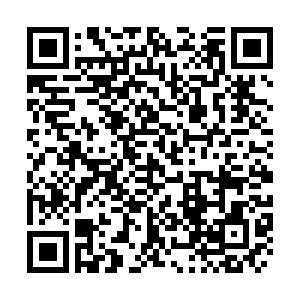 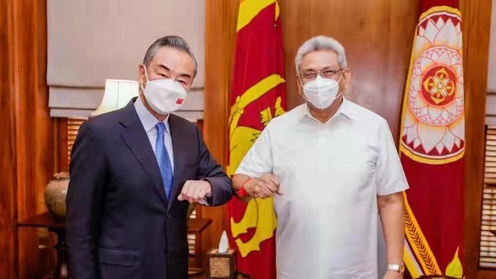 Wang, during his visit, met with Sri Lankan President Gotabaya Rajapaksa, Prime Minister Mahinda Rajapaksa and Foreign Minister G.L. Peiris, and attended a ceremony to launch a series of events marking the 65th anniversary of the establishment of diplomatic ties between China and Sri Lanka, and the 70th anniversary of the signing of the Rubber-Rice Pact.

Wang said the two countries opened the door for friendly exchanges by signing the pact, demonstrating their national spirit in the fight against hegemony and power politics, and breaking the Cold War isolation imposed by the West.

"The spirit of the pact characterized by independence, self-reliance, unity and mutual support is deeply rooted in the hearts of the two peoples, and such spirit should be carried forward."

President Rajapaksa said Sri Lanka stands ready to strengthen cooperation with China in the fields of economy, trade, finance, tourism and infrastructure, so as to benefit the people of the two countries, and noted that it was ready to work together to hold a series of events marking the 65th anniversary of diplomatic ties and the 70th anniversary of the Rubber-Rice Pact.

The Rubber-Rice Pact was signed in December 1952 when China needed to import rubber and other supplies and Sri Lanka, for whom rubber was a key export, was facing a rise in the price of rice and slump in the price of rubber. 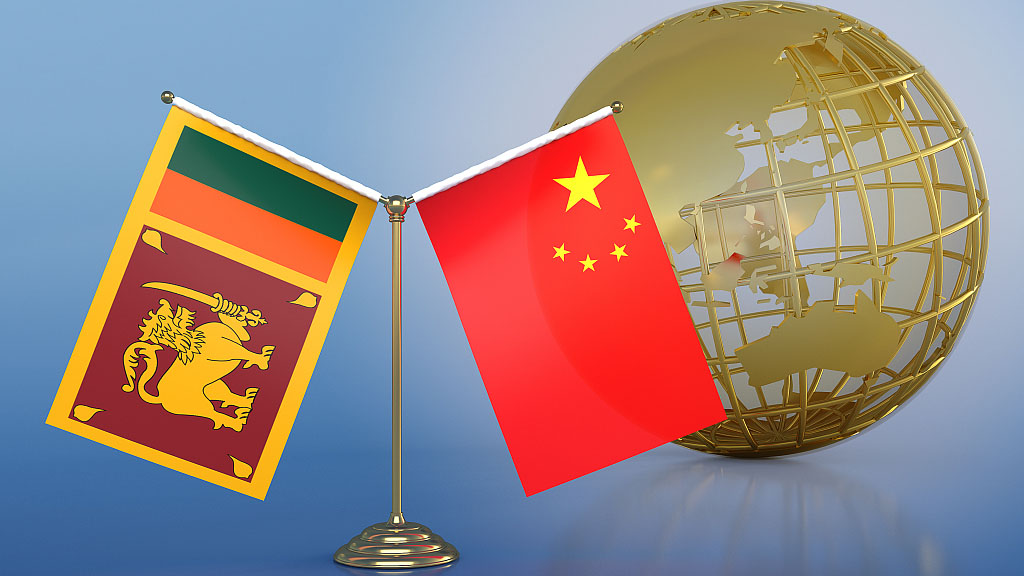 At the ceremony marking the two anniversaries, Wang said China and Sri Lanka are good brothers supporting each other.

China and Sri Lanka are also good partners in common development, he noted, adding that Sri Lanka is on the key route of the China-proposed Belt and Road Initiative in South Asia.

The first phase of the Colombo Port City project has been completed and new programs are being launched, said Wang, noting that the cooperative management of the Port City has brought profits for Sri Lanka, the Hambantota Port's cargo throughput has continued to see new highs, and development of the industrial zone is in full swing.

He said it is imperative to discuss the restart of talks on a free trade agreement between the two countries by tapping the opportunities of the Regional Comprehensive Economic Partnership (RCEP) agreement and China's vast market, to facilitate Sri Lanka's economic recovery and development.

Chinese enterprises will be encouraged to invest in Sri Lanka, he said.

Prime Minister Rajapaksa, during his meeting with Wang, expressed his gratitude to China for providing COVID-19 vaccines and anti-pandemic supplies, saying China always extends help when Sri Lanka needs it the most.

'Relationship does not target any third party'

The two sides ought to keep synergizing their development strategies and upholding multilateralism, he said.

The friendly relationship between China and Sri Lanka benefits the development of both countries and serves the fundamental interest of both peoples. It does not target any third party and should not be interfered with by any third party, Wang said, adding that the all-round cooperation and strategic mutual trust between the two countries contribute to regional peace and stability.

He said China is ready to work with Sri Lanka to expand mutually beneficial cooperation in various fields and elevate their strategic cooperative partnership to a new height. 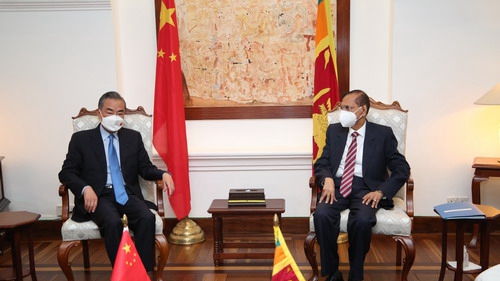 Meeting with Foreign Minister G.L. Peiris, Wang said China is proposing a forum on the development of Indian Ocean island countries to build consensus and synergy, and promote common development, in which Sri Lanka can play an important role.

Noting that the central bank of Sri Lanka issued commemorative coins for the 100th anniversary of the founding of the Communist Party of China in 2021, Wang said that reflects the sincere friendship and full trust of the Sri Lankan side towards China.

Wang concluded his tour to the Maldives and Sri Lanka on Sunday, after visits to the African nations of Eritrea, Kenya and the Comoros from Tuesday to Friday.