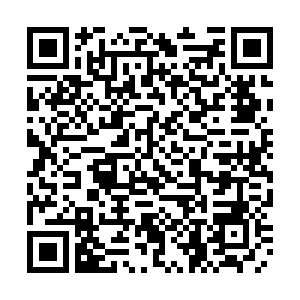 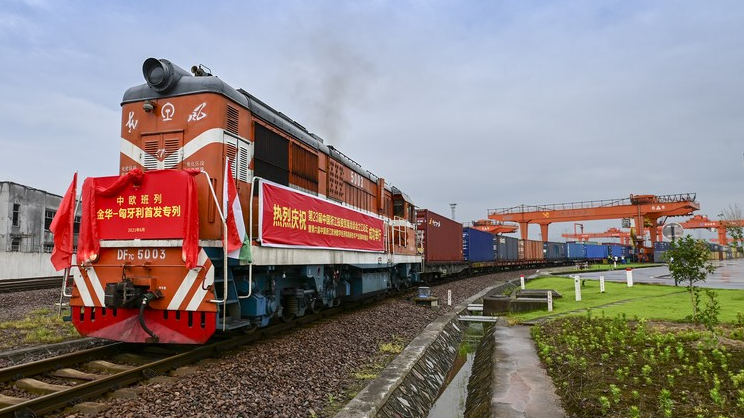 At the dawn of 2022, three issues are at the top of many nations' list of priorities: COVID-19, the threat of inflation and climate change persist. But how can a technology which first became available to the public in northeast England in 1825 help solve these contemporary challenges?

The global pandemic has seen immeasurable pressure being placed on global supply chains. For decades the world became accustomed to open borders and ports as well as large volumes of shipping and air cargo both through cargo flights and aboard passenger aircraft.

COVID-19 disrupted the delicate balancing act, which allowed just-in-time supply chains to operate. Cargo ships have been delayed at ports worldwide due to closed borders, crew illnesses, and quarantines. As a result, airlines' capacity has shrunk, and shipping containers have been left stranded in the wrong locations. All this amid a spike in demand has even caused a container shortage. This breakdown has added to inflationary fears as companies and consumers battle to secure stock.

Part of the solution, it appears, lies in that 19th-century invention, the train. Freight trains may be a common sight domestically, but what is less common is international ultra-long-haul trains. China is spearheading the redevelopment of the railways through the Belt and Road Initiative (BRI).

The trading route between China and European nations goes back even further to the ancient Silk Road, which has its origins in the second millennium BCE. This New Silk Road is only set to grow. Rail freight may only account for 5 percent of Sino-European shipping today, but that is set to increase, as Xavier Wanderpepen of the French national railway company SNCF said. "Five years ago, there were eight trains a day between China and Europe, now there are 18 to 20 trains per day."

A Yuxin'ou (Chongqing-Xinjiang-Europe) China-Europe freight special train to mark the 10th anniversary of starting of the service is about to leave the Tuanjie Village Station of southwest China's Chongqing Municipality, March 19, 2021. /Xinhua

A Yuxin'ou (Chongqing-Xinjiang-Europe) China-Europe freight special train to mark the 10th anniversary of starting of the service is about to leave the Tuanjie Village Station of southwest China's Chongqing Municipality, March 19, 2021. /Xinhua

Indeed, there are numerous good reasons for this expansion, owing to demand and COVID-19 related issues impacting traditional shipping routes. Containers being shipped by sea between China and Europe are now taking 70 days rather than 40. Illness among ships' crew can see a ship prevented from berthing for weeks at a time, and once docked, many major ports are unable to process the containers fast enough, leading to hefty demurrage fees, a charge levied on containers stored at the port before being forwarded.

By contrast, a train can get between China and European nations in 20 days, a major advantage for perishable goods or components required as part of just-in-time supply chains. Trains crews are usually changed throughout the journey from a large driver pool, and there are a greater number of options of locations to divert train in the event of congestion.

2021 marked the 10th anniversary of the route between China and European nations, a milestone which saw 13,817 trains between January and November, a 23 percent rise year-on-year, according to China's National Development and Reform Commission.

Beyond offering a critical link during a time of global pandemic and providing a vital alternative to ship and air freight, the rail link also has a large part to play in making international freight more sustainable.

Seabourn freight is a leading contributor to global greenhouse gas emissions, accounting for 3 percent of the world's output, a figure higher than the entire aviation industry and only bested by the combined output of the world's leading manufacturing nations, China, India, Japan, Russia and the United States.

The UN had set a target to "reduce the total annual greenhouse gas emissions by at least 50 percent by 2050 compared to 2008," but this appears way off course. "Currently, the global shipping sector is not on track to meet even its initial greenhouse gas strategy goals," according to Bryan Comer of the International Council on Clean Transportation. It is therefore of grave importance that China's link with Europe, which carried over 1.3 million container units between east and west, should continue to thrive and grow and be replicated.

Relative to the billions of containers shipped annually, it may be a small component, but as witnessed in the UK with just a 1,200-meter track extension between the Port of Felixstowe, the UK's busiest port and the mainline, 750,000 lorries were no longer needed. The potential of a route running from Yiwu to Madrid, therefore, offers boundless opportunities which are both dependable and sustainable.

COVID-19, inflation and climate change may challenge society, but nations are continuing to rise to that challenge with ever greater levels of innovation.