Download
Decoding rumors on Xinjiang: A lie production line behind the scene
CGTN 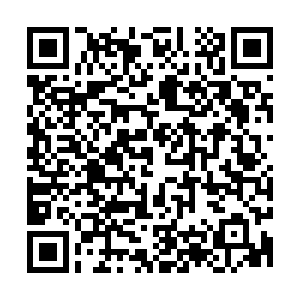 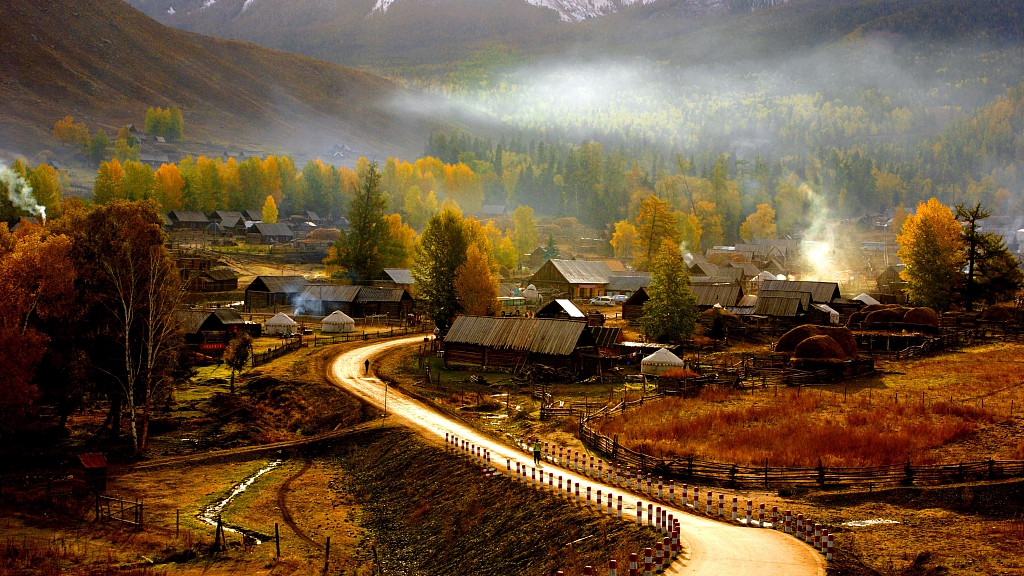 Unsurprisingly, the move put the electric carmaker under fire from American politicians and Western-controlled media. The newly approved act labeled operational activities in Xinjiang as forced labor against ethnic Uygurs and other Muslims, thus barring any imports from the area.

Instead of cutting business connections with Xinjiang-related enterprises, Tesla chose the region as the next destination for its business expansion plan. In the view of some analysts, the move was a slap in the face of the American government and its politicians.

Western politicians have associated Xinjiang with human rights abuses and genocide for a long time. But, among numerous attempts, few are tenable.

Where do all these rumors come from? 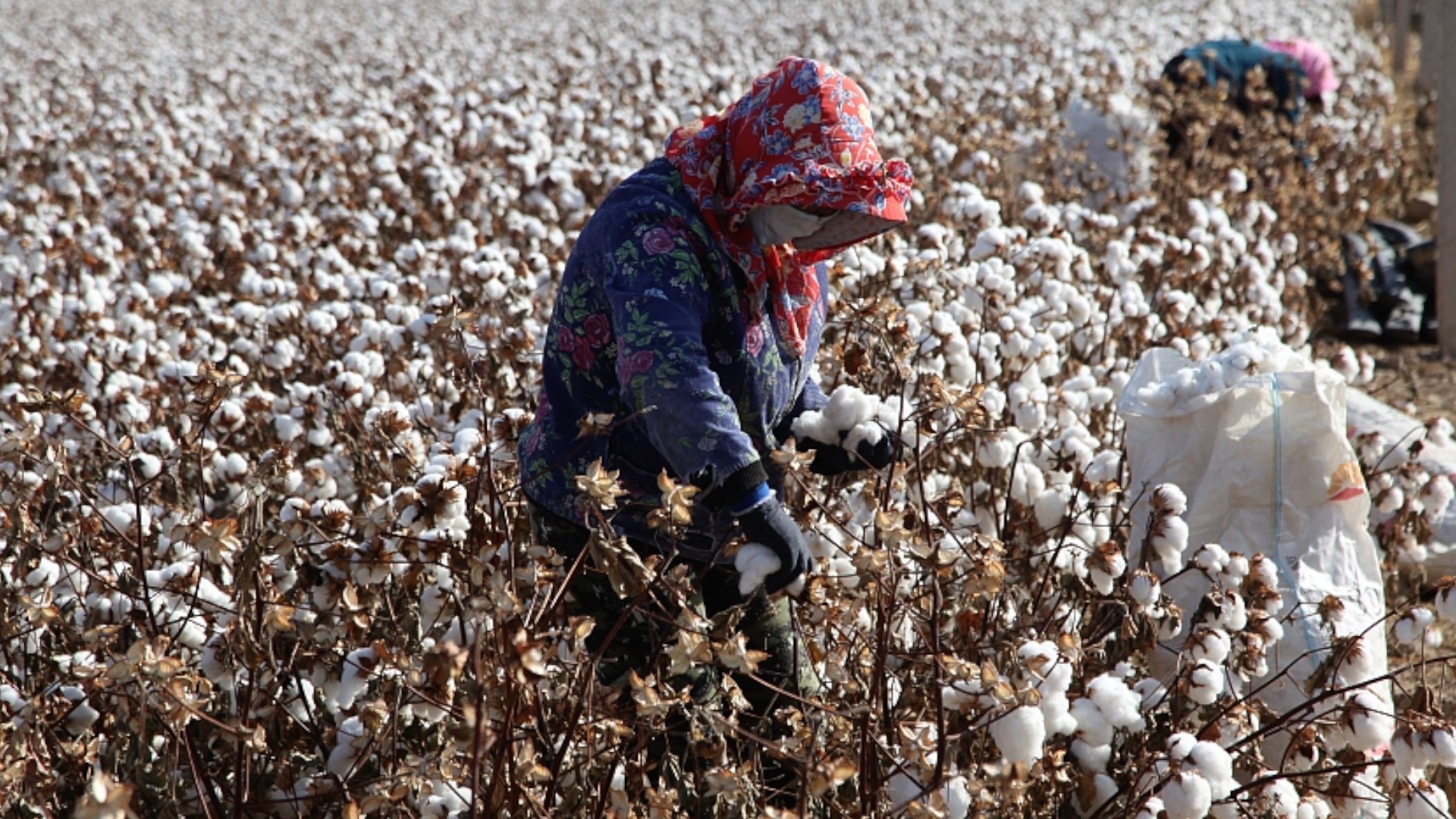 The allegations could be traced back to a so-called UN work report released in August 2018 during a meeting on human rights, of which Western media cited and claimed that "as many as 1.1 million people in Xinjiang were detained at the re-education camps."

However, the descriptions were inaccurate. As written in the original minutes of the meeting, the United Nations Committee on Elimination of Racial Discrimination (CERD) mentioned the matter by quoting sources. It acknowledged receiving the relevant report but did not make any conclusion. As the UN later clarified, the report did not represent the stance of the UN.

The report submitted by CERD's American representative Gay McDougall was based on investigations from a group named China Human Rights Defenders and eight people it claimed it had interviewed.

Donation records showed that from 2012 to 2016, the group received $2.43 million funds from the National Endowment for Democracy (NED), a U.S. organization known as one of the offshoots of the CIA.

Apart from the work report, Adrian Zenz was another important figure. The German anthropologist has been an active critic of China's ethnic policy in Xinjiang and Tibet, and is believed to be one of the initiators of Washington's investigations on "forced labor" in Xinjiang. He made several claims on the human rights situation in Xinjiang, but few were plausible. 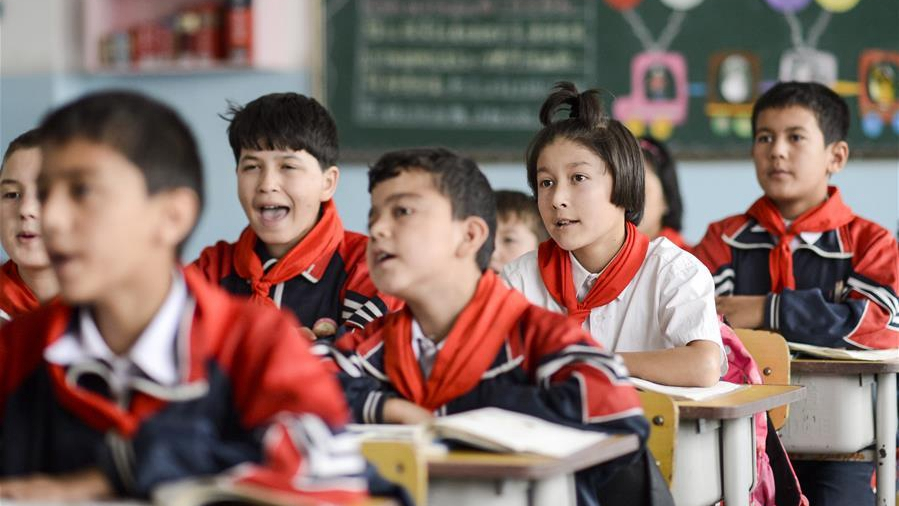 The way Zenz made his conclusion was also puzzling. After seeing a form documenting the situation of IUD checking for women by a quarter in Xinjiang's Payzawat Country, Zenz came up with a bold claim that the Chinese government was taking compulsory birth control measures on Uygur women because he thought the government made too frequent inspections, regardless of the fact that the law stipulates that women have the right to be informed of freely choosing contraceptive methods.

Journalists who reported the truth 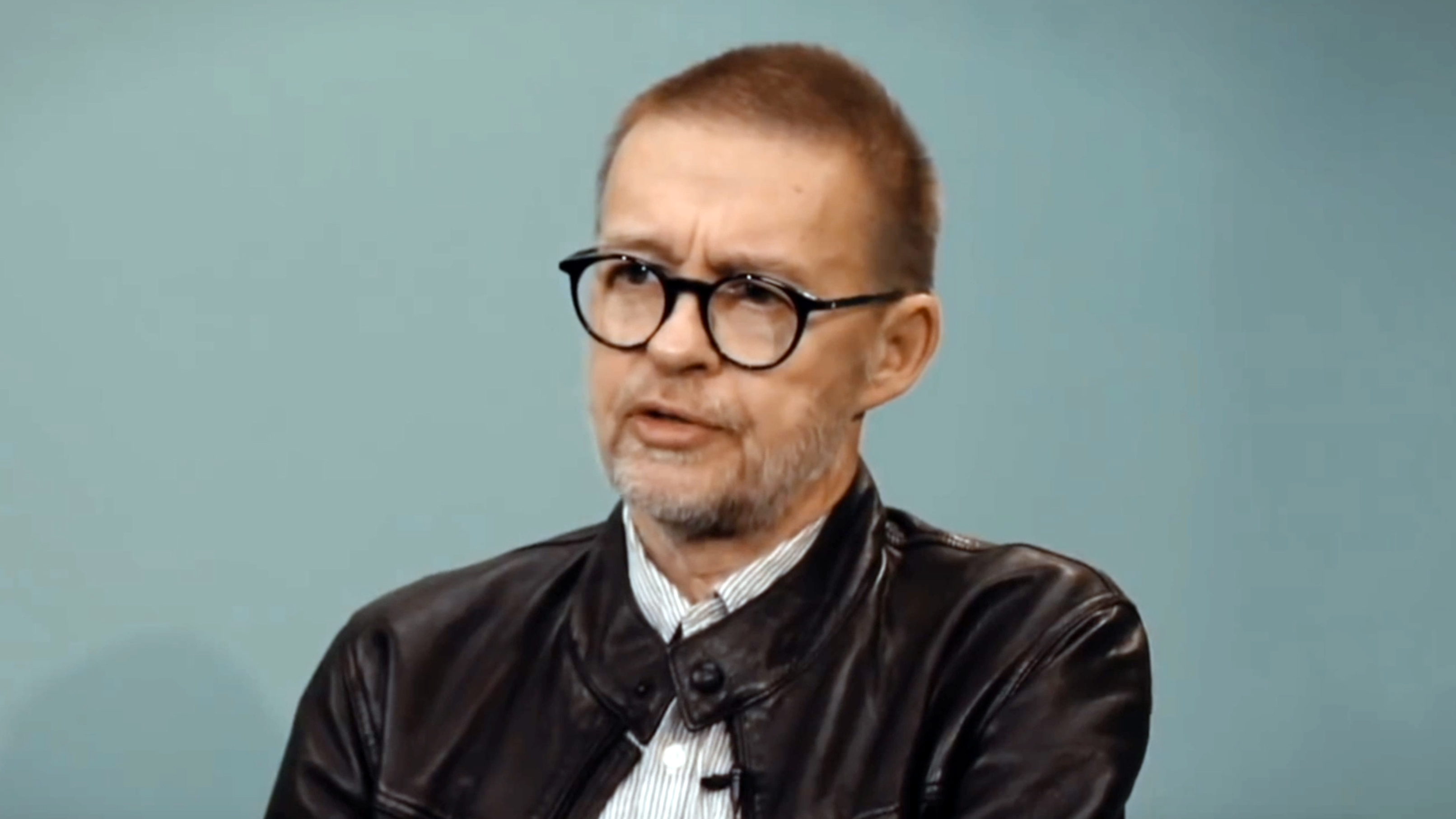 While scholars such as Zenz rose to fame by making untenable allegations, some Western journalists also stood up to reveal the truth about Xinjiang. Andre Vltcheck was one of them.

According to his website, the 57-year-old journalist called himself "a revolutionary and internationalist" and fought actively against "Western imperialism and the Western regime imposed on the world."

He covered dozens of wars and conflicts from Iraq and Peru to Sri Lanka, Bosnia, Rwanda, Syria, and Timor Leste, as well as revolutions, rebellions, and riots ignited by Western countries, so as to reveal injustice and bring truth to the public.

During the months-long turbulence in Hong Kong, Vltcheck wrote an open letter to the young people there, calling on them to stay alert to Western propaganda and avoid being manipulated by the Western press.

After investigating the Uygur issue in China's Xinjiang, Vltcheck concluded that the West was creating fake news in an orchestrated way in order to undermine China.

"I was investigating Uygur issue in China, Syria, Turkey, Afghanistan, Indonesia and I arrived at the conclusion that USA and Western press created toxic fake news in order to harm China. And it is not only me. Serious investigators/reporters arrived at similar conclusions," Vltcheck wrote on his Twitter in July 2020.

He died two months later in Turkey. Local police recorded his case as a "suspicious death," according to AP.

Vltcheck was not the only one who pointed out that the West used its powerful propaganda tools to twist facts and turn black into white. Udo Ulfkotte, a German journalist with 25 years of experience, also revealed the lie production line in the Western media in his book "Prosecutes Embedded in the Pay of the CIA: A Confession from the Profession."

As written on the introduction page of Amazon, the book was suppressed for three years under the title "Journalists for Hire." 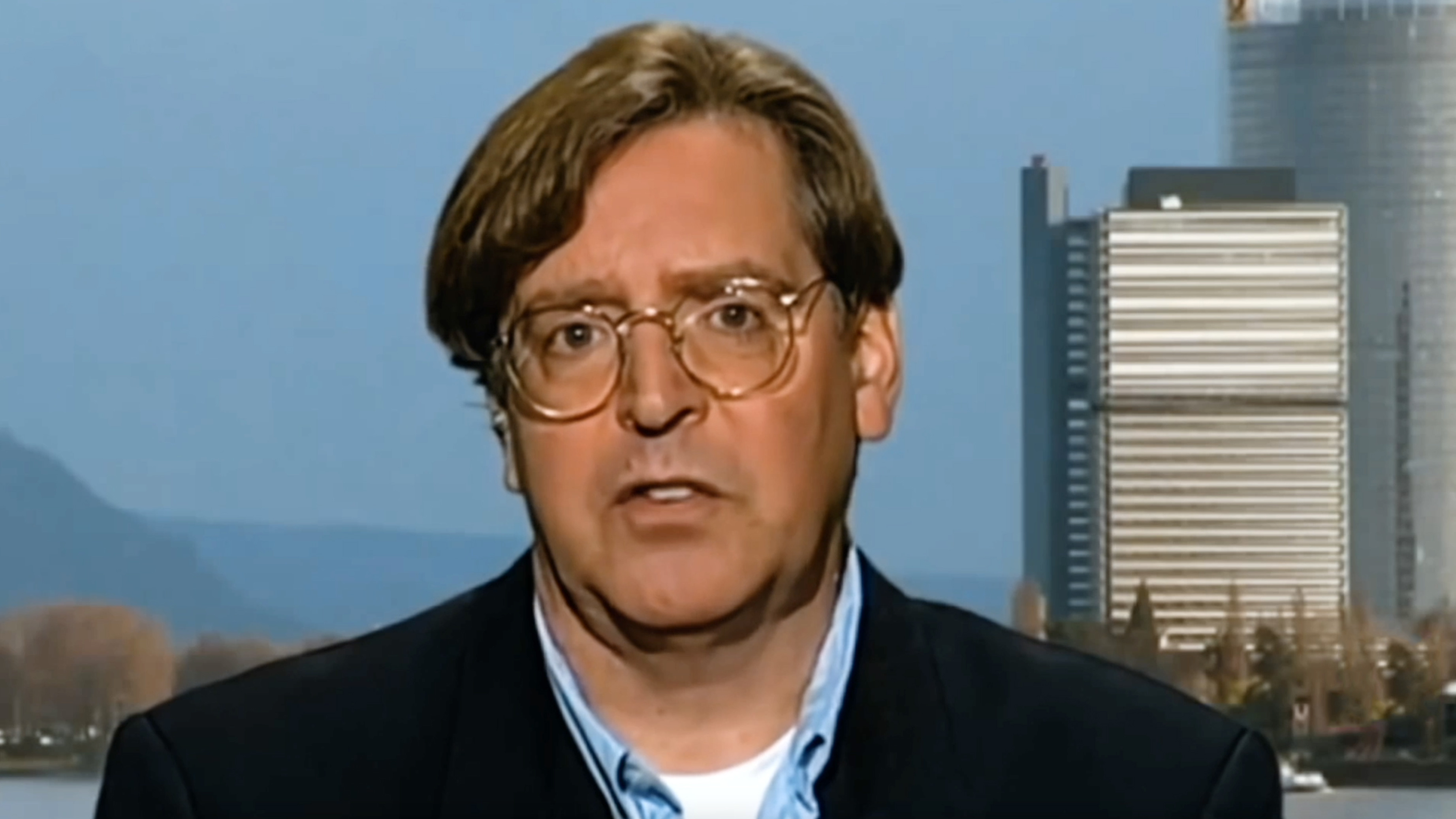 According to him, some intelligence agencies such as the CIA bribed journalists and influenced public opinion. "The CIA holds the hand that holds the pen."

Ulfkotte took himself as an example. In a video, he confessed that he had been told to lie and betray the public. He also acknowledged that his career in journalism started after being vetted by German intelligence agency BND.

He discovered the nerve gas attack made by the West in the Middle East during his stay there, but his reports and photos were buried. Since then, he started to commit himself to revealing the hidden truth.

As written on the Amazon page, police and prosecutors searched his home and offices six times over 10 years due to his politically incorrect reports on issues they deemed the public should not know.

He died from a heart attack on January 13, 2017, a week before his 57th birthday. Many suspected his death was a murder, though there was no proven evidence.

The two journalists revealed how Western countries produced lies and manipulated public opinion. When it comes to the case of Xinjiang, the signing of the so-called "Uyghur Forced Labor Prevention Act" was the latest attempt, but it won't be the last one.

In a bid to dismiss rumors about Xinjiang, the Chinese government has invited groups from overseas to visit the region.

China rejects groundless claims on Xinjiang. It hopes the international community would cultivate a deeper understanding of the problems in Xinjiang, but China does not welcome organizations which visit Xinjiang with political purposes and attempt to harm China's interests, a Chinese Foreign Ministry spokesperson has said.