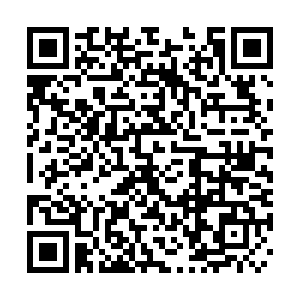 Kazakh President Kassym-Jomart Tokayev said on Monday that his country had weathered an attempted coup d'état coordinated by "a single center."

In a speech to an online meeting of the Russian-led Collective Security Treaty Organization (CSTO) military alliance by video link, Tokayev said that law and order has been restored in Kazakhstan, but the hunt for "terrorists" was ongoing.

"A hot phase unfolded, and groups of armed militants who were waiting in the wings came into action. The main goal became obvious - the undermining of the constitutional order, the destruction of governance institutions, the seizure of power. We are talking about an attempted coup," Tokayev said.

Tokayev said he will name new government members when he addresses parliament on Tuesday.

He said that a large-scale "counter-terrorism" operation would soon end along with a CSTO mission that he said numbered 2,030 troops and 250 pieces of military hardware.

Russian President Vladimir Putin warned that the events in Kazakhstan are not the first and won't be the last attempt to meddle in the region from abroad.

Well-organized militant groups trained in terrorist camps abroad were used to attack Kazakhstan in "an act of aggression," Putin said Monday, commenting on the unrest in the Central Asian country.

The peacekeepers will operate in Kazakhstan as long as its president deems it necessary, and the entire forces will be withdrawn from Kazakhstan after the mission is completed, he said.

On Thursday, the Russia-led military alliance sent its peacekeeping troops to Kazakhstan, where massive riots stemming from nationwide protests over high fuel prices led to a state of emergency, with protestors demanding the government's resignation.

Demonstrations against a fuel price rise began just over a week ago before erupting into a wider protest against Tokayev's government and the man he replaced as president, 81-year-old Nursultan Nazarbayev.

(Cover:A man sits on the steps of a building as a vehicle, which was burnt during mass protests triggered by fuel price increase, is seen in the foreground, in Almaty, Kazakhstan January 9, 2022. /Reuters)