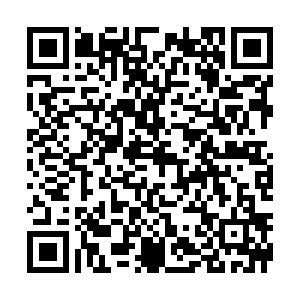 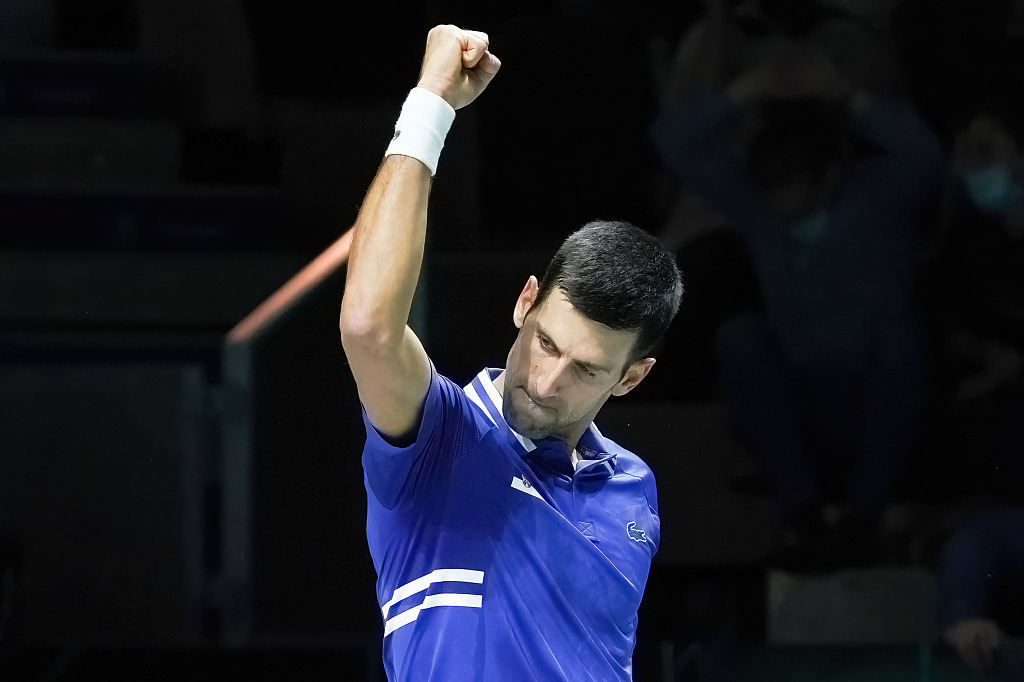 World No. 1 tennis player Novak Djokovic tweeted a photo of himself on a tennis court in Melbourne on Monday, hinting that he's back at practice.

"I'm pleased and grateful that the Judge overturned my visa cancellation. Despite all that has happened, I want to stay and try to compete @AustralianOpen. I remain focused on that. I flew here to play at one of the most important events we have in front of the amazing fans," wrote Djokovic.

Speaking at a press conference, Djokovic's brother confirmed the release, dismissing early rumors the tennis star had been arrested after the court ruling.

"Novak is free. A few minutes ago, he trained on a tennis court. He came to Australia to play tennis, to try and win another Australian Open," Djordje Djokovic told reporters. 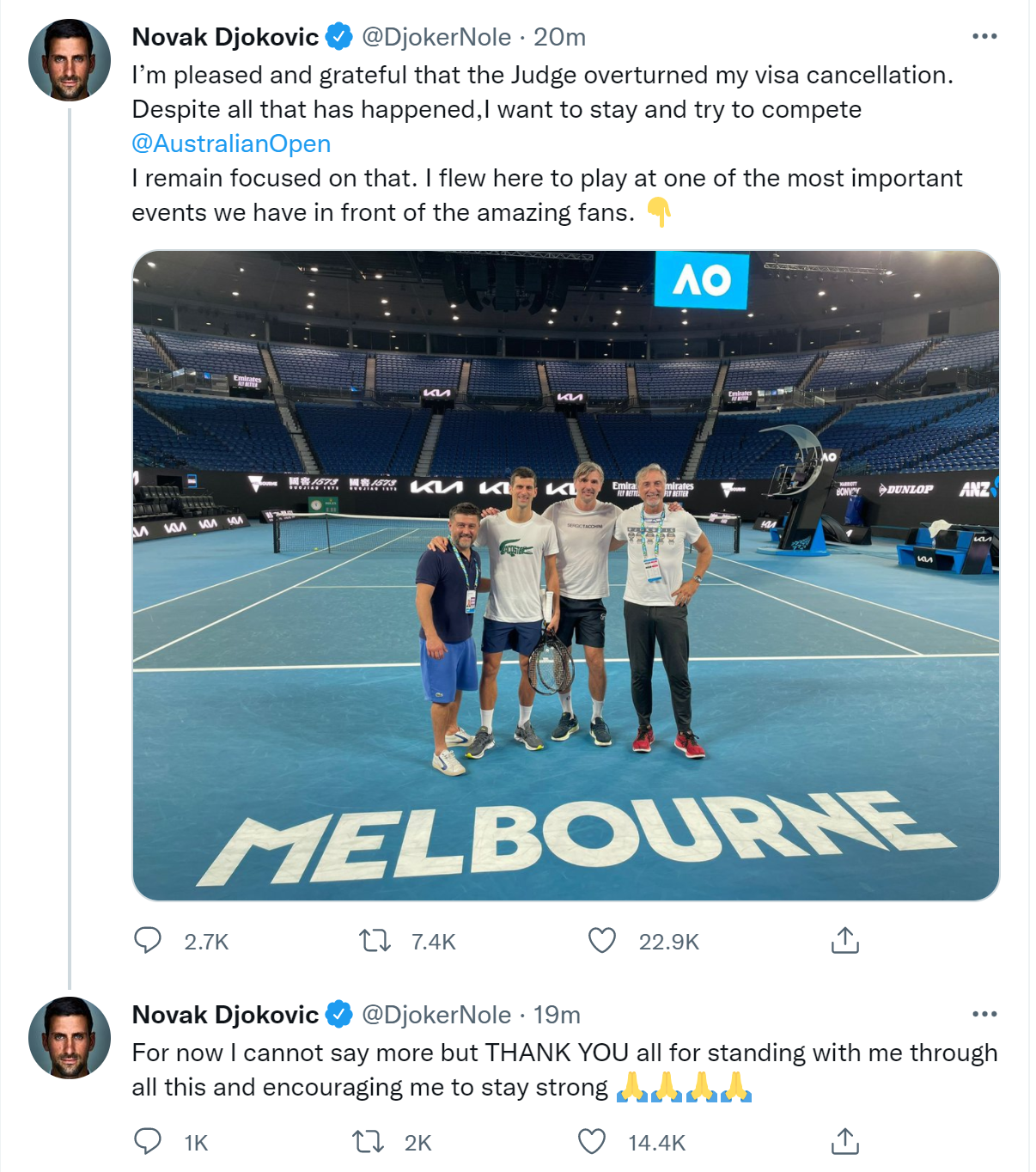 "Following today's Federal Circuit and Family Court determination on a procedural ground, it remains within Immigration Minister Hawke's discretion to consider canceling Mr. Djokovic's visa under his personal power of cancellation within section 133C(3) of the Migration Act," the spokesman said, in the first comments from the minister's office after the court quashed an earlier visa cancellation.

"The Minister is currently considering the matter and the process remains ongoing."

There were chaotic scenes on Monday evening as supporters who had gathered outside the office of Djokovic's lawyers chanting "Free Novak!" surged around a black car with tinted windows leaving the building, while police at one stage used pepper spray as they tried to clear a path. 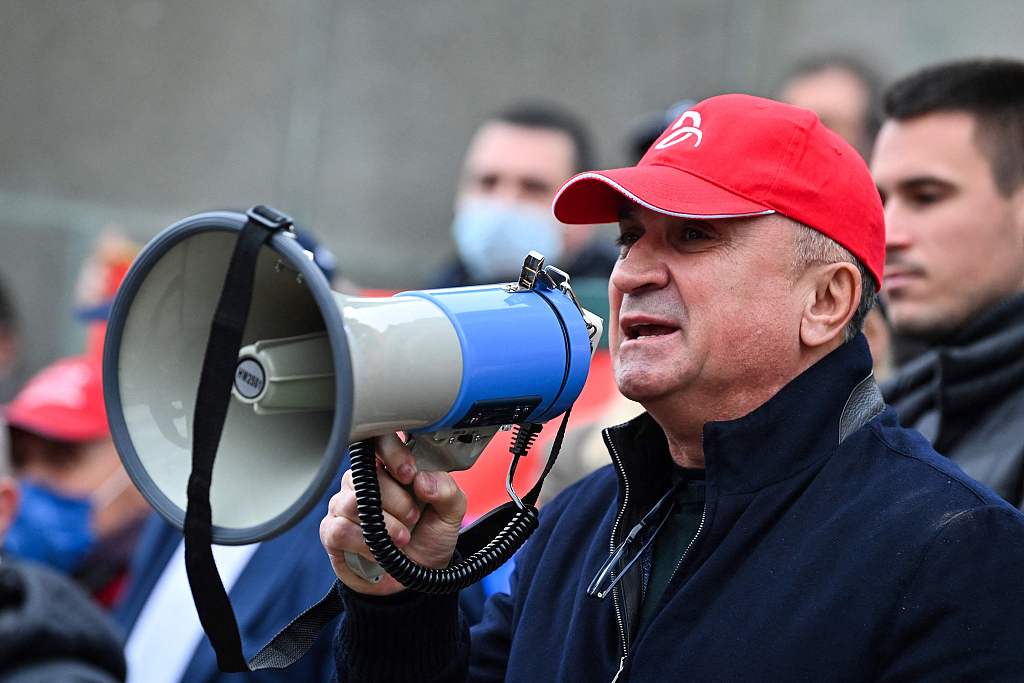 An Australian federal court on Monday ruled in favor of Djokovic against deportation from the country, allowing him to stay in the country and compete in the coming Grand Slam tournament – the Australian Open.

The decision to cancel Djokovic's visa was quashed by the court. Djokovic will be released and have his passport returned. The Australian Border Force's treatment of Djokovic at Melbourne Airport was unreasonable, according to a joint minute read by Federal Judge Anthony Kelly.

Djokovic arrived in Australia last week to attend this year's Australian Open after he was granted a medical exemption for COVID-19 vaccination by two independent panels of medical experts. However, border officials said his exemption was invalid, had his visa canceled, detained him in a detention hotel and tried to deport him from Australia.

Djokovic launched an appeal against deportation in response and then spent four days in the hotel before Judge Kelly ruled in favor of him. 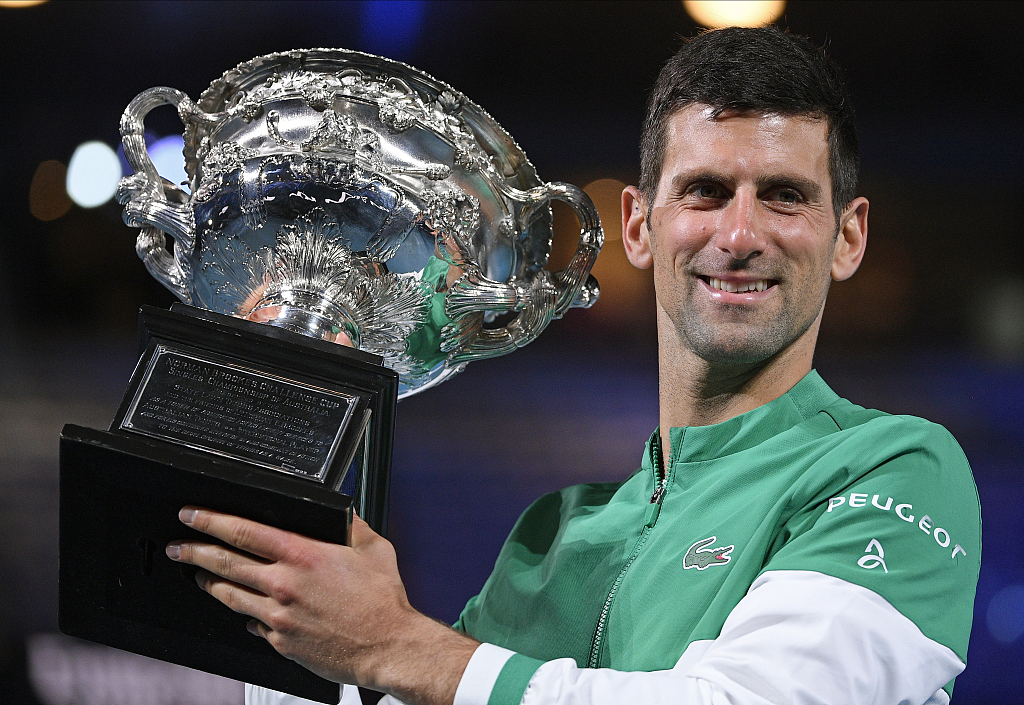 However, it's still too early to announce the 34-year-old Serbian star winner of this drama.

If the Australian immigration minister chooses to exercise the power to cancel his visa, Djokovic could be banned from Australia for as long as three years.

Djokovic has won a total of 20 Grand Slam titles, including nine at Melbourne Park. He is also the reigning Australian Open champion. The tournament from January 17 to 30 is his best chance to surpass Rafael Nadal and Roger Federer, who have also won 20 Grand Slam titles apiece.