Download
Are Russia's attempts to get U.S. security guarantees in vain?
Nikola Mikovic 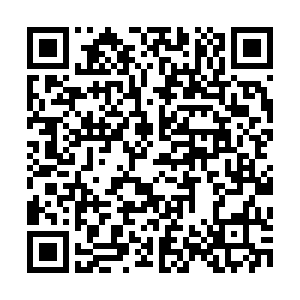 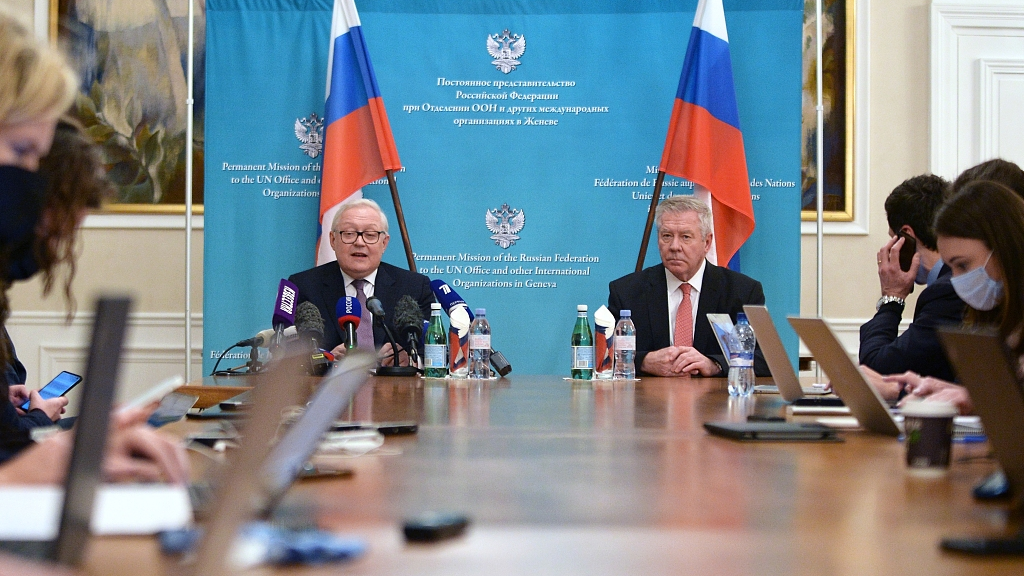 Russia's Deputy Foreign Minister Sergei Ryabkov (L) and Permanent Representative of the Russian Federation to the United Nations Office and other international organizations in Geneva Gennady Gatilov during a news conference in Geneva, Switzerland, January 10, 2022. /CVG

Russia's Deputy Foreign Minister Sergei Ryabkov (L) and Permanent Representative of the Russian Federation to the United Nations Office and other international organizations in Geneva Gennady Gatilov during a news conference in Geneva, Switzerland, January 10, 2022. /CVG

The United States refuses to provide "security guarantees" to Russia. The Kremlin will, nevertheless, continue the dialogue with the West, hoping to reach a deal on NATO expansion eastward by the end of the week. But what if the talks fail?

In the next few days, it will be clear if there will be further rounds of negotiations between Russian and American diplomats on security issues. On January 10 in Geneva, Switzerland, representatives of the two countries discussed wide range of topics for almost eight hours. Did they reach an agreement?

"The United States and the Russian Federation are not yet ready to discuss specific agreements in the field of security. Now the parties are trying to understand each other better," said U.S. Undersecretary of State Wendy Sherman.

Prior to the summit, Russian Deputy Foreign Minister Sergei Ryabkov, who was the head of the Russian delegation in Geneva, said that if Russian demands were not addressed, the first meeting on security with the U.S. would be the last. After the meeting, however, he changed the tone and stressed that the Russian Federation would judge further steps on security guarantees after the meeting of the Russia-NATO Council in Brussels on January 12, as well as the talks of representatives of Russia and the OSCE in Vienna on January 13.

Washington seems to be trying to buy time and drag out the negotiation in various formats indefinitely. Moscow, for its part, aims to get firm guarantees that Ukraine, Georgia and other former Soviet republics that are out of NATO will never join the Alliance. The Kremlin reportedly fears that NATO could potentially use Ukrainian territory for the deployment of missiles capable of reaching Moscow in just five minutes, and insists that the Alliance, which has deployed a significant amount of military hardware near Russia's borders, should return to the 1997 borders.

NATO will almost certainly never agree to do so. Moreover, the U.S. officials openly said that NATO will continue to have the "Open Door" policy to any nation wishing to join it. Russia's maximalist demand is, most likely, part of its negotiation strategy, although it does not seem very probable that Washington is ready to make any concessions to Moscow. From the American perspective, any concessions regarding Ukraine would be interpreted as a sign of weakness. That is why the U.S. has adopted a tough stance toward Russia.

"Real progress in security negotiations is unlikely as long as Russian troops remain at Ukrainian borders," the U.S. Department of State said, threatening tough financial sanctions on Russia if it invades Ukraine. Meanwhile, Ryabkov has repeatedly assured the West that Russia never had plans to attack Ukraine. Although Moscow demands security guarantees from the U.S., Russian officials are the ones who constantly have to justify the Kremlin's actions to its Western partners. Such a passive and defensive Russian approach gives Washington the upper hand over Moscow.

"They can prove that, in fact, they have no intention [to invade Ukraine] by de-escalating and returning troops to barracks," Sherman responded, demanding Russia to withdraw troops from its sovereign territory. 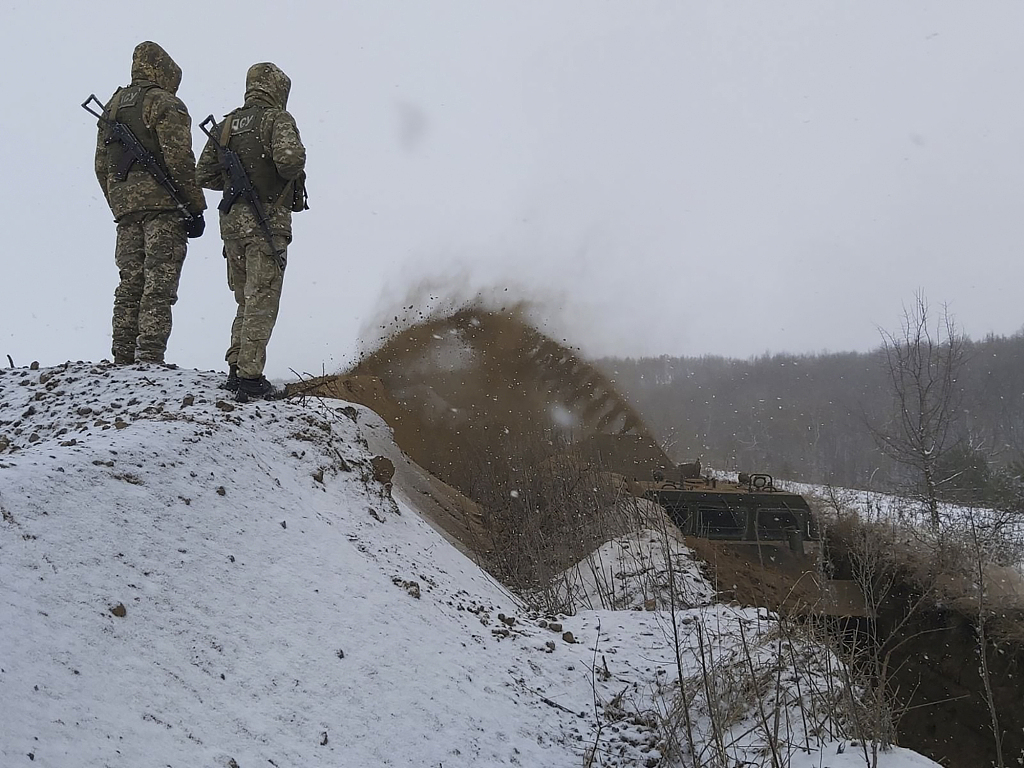 Even if the U.S.'s claims that the Kremlin has deployed around 100,000 troops near the Ukrainian border are true, that still does not mean that Russia aims to get involved in a military confrontation against Kiev. In order to capture the second largest European country, Russia would need to deploy much more than 100,000 troops. At this point, Moscow does not seem to prepare for a large-scale war against Ukraine at all. Troops near the Ukrainian border are likely a signal to Kiev and Washington that Russia will not tolerate a potential Ukrainian military offensive against pro-Russian forces in the Donbass region of eastern Ukraine.

Russia's quick reaction regarding the Kazakhstan turmoil, and deployment of the Collective Security Treaty Organization (CSTO) troops to the Central Asian nation, clearly demonstrate that the Kremlin is capable of resolving conflicts by military means. It remains unclear, however, if there is a political will to implement the similar strategy in Ukraine. Policy makers in Moscow are quite aware that a troop deployment to Ukraine would result in severe anti-Russian sanctions. Is the Kremlin ready for that?

As the country's President Vladimir Putin recently stressed, Russia has nowhere to retreat. What could that mean? If no progress regarding Ukraine is made, Moscow will likely provide an "asymmetric response" to the West. According to Ryabkov, if the U.S. does not show flexibility, it will face a worsening situation in their own security. Such a statement indicated that Russia could deploy intermediate-range nuclear missiles in Europe – most likely in Belarus – but it is not very probable that such a move will prevent NATO countries from supplying weapons to Ukraine, or even deploying troops to the Eastern European nation.

One thing is for sure. Russia and the U.S. have discussed Ukraine behind Kiev's back, which means that both Moscow and Washington see the former Soviet Republic as a political tool. That is why some Ukrainian analysts compare the U.S.-Russia talks to the Yalta Conference of 1945, at which the victorious countries in World War II agreed to divide the post-war world into spheres of influence.