Download
Kazakhstan in the crosshairs: A battlefield for external forces
Christopher Helali 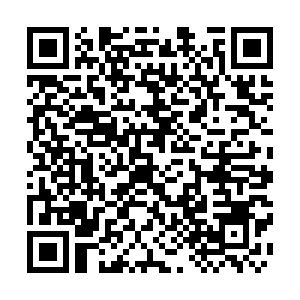 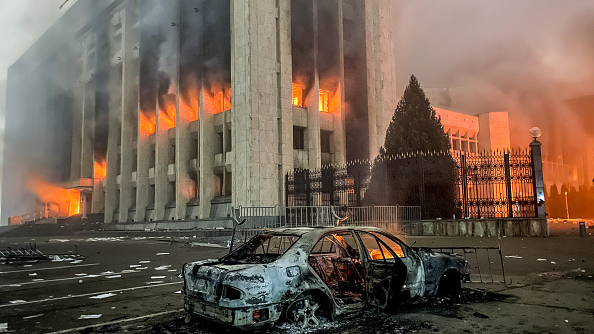 A burnt car is seen by the mayor's office on fire in Almaty, Kazakhstan, January 5, 2022. /Getty

A burnt car is seen by the mayor's office on fire in Almaty, Kazakhstan, January 5, 2022. /Getty

Over the past week, Kazakhstan has been rocked by mass protests, riots and deadly violence. Initial reports have claimed that over 160 people have been killed with approximately 5,000 arrested. According to the country's interior ministry, more than 100 businesses and banks were attacked and looted, more than 400 vehicles destroyed, rioters seized weapons from police, and damage was estimated at nearly $200 million.

The images that emerged from Almaty and other cities were horrifying. Government buildings on fire, violent clashes, vehicles ablaze, and gunfire in the streets. The chaotic images evoked memories of Ukraine's Maidan "Revolution" in 2014.

Kazakhstan's size, location and natural resources make it tremendously valuable in terms of geostrategic interests. It is located at the very heart of Eurasia, where it shares a massive border with Russia as well as a border with China's Xinjiang Uygur Autonomous Region. As a bridge between China and Europe, it is a critical component of the Belt and Road Initiative (BRI).

Yet, its importance is far greater to Russia than to China. Kazakhstan was a part of the Soviet Union for 55 years. Today, the Russia-Kazakhstan border is the second largest continuous international border in the world at 7,644 kilometers. Moreover, 26 percent of Kazakhstan's population is ethnically Russian and Orthodox Christian, compared to the 70 percent which is ethnically Kazakh and Muslim.

The Baikonur Cosmodrome, once the heart of the Soviet space program, is now leased by the Kazakh government to the Russian Federation to continue to send cosmonauts and equipment to space. Russian anti-ballistic missile (ABM) tests are conducted at the Sary-Shagan testing range in Kazakhstan. These ABM systems are at the heart of Russia's national security and defense.

Kazakhstan is also resource-rich. Uranium is mined in Kazakhstan, with the help of Russian companies, and sent to Russia for refining. Kazakhstan is the world's largest producer of Uranium, supplying approximately 40 percent of the global supply.

Moreover, Kazakhstan is party to the Collective Security Treaty Organization (CSTO), which it signed in 1994. The CSTO was formed by some of the post-Soviet states to ensure security and stability in the sphere of the former Soviet Union.

Once violence erupted in the streets and the protests took on a more riotous character, the government invoked the CSTO, which authorized a peacekeeping force. Likewise, Russia sent thousands of troops to Kazakhstan to help maintain order and restore peace. 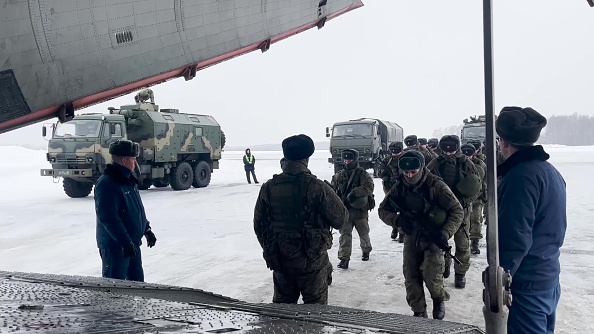 Russian servicemen board a military aircraft on their way to Kazakhstan at an airfield outside Moscow, Russia, January 6, 2022. /Getty

Russian servicemen board a military aircraft on their way to Kazakhstan at an airfield outside Moscow, Russia, January 6, 2022. /Getty

Many commentators were quick to point out the similarities between what was happening in Kazakhstan and what happened in Ukraine in 2014, Syria in 2011, and various other countries over the past decade. The question of whether this was another "color revolution" became a topic of discussion and intrigue. Serbia, Belarus and Iran also echoed the concern that external forces were exacerbating the crisis on the ground.

Chinese President Xi Jinping's message to the president of Kazakhstan expressed his sympathies for the loss of lives in the violence, reiterating the friendship between their peoples. Moreover, Xi was adamant that China rejected any attempt by external forces to provoke unrest and instigate a "color revolution" in Kazakhstan.

The United States has in recent years grown more belligerent toward both Russia and China. Kazakhstan, since it borders both, would be an ideal candidate for government change. As part of the larger policy of encirclement, Kazakhstan would be vital for U.S. interests in the region.

Chinese Foreign Ministry spokesperson Hua Chunying was quick to point out that "according to reports, there are 16,000 NGOs active in Kazakhstan" most of which are backed by the West. Hua went on to say that the U.S.-based National Endowment for Democracy (NED) "almost doubled its grants to Kazakhstan in the last two years." This is important since the NED has historically been a front group for the Central Intelligence Agency under the guise of supporting civil society, democracy and human rights. The NED in 2020 has spent $1.08 million in Kazakhstan alone.

What is clear is that the struggle on the ground has gone from legitimate concerns over economic conditions, fuel prices and living conditions to riots, anarchy, looting and violence. This fits the playbook of the U.S. and its lackeys who have over the past decades tested its methods in various political power change operations around the world.

Kazakhstan is of critical geostrategic importance to both Russia and China. Not only does it border them, but it has important political, economic and military relations to them. On the other side, the U.S., in its hybrid war against both, is in a perfect position to exacerbate tensions on the ground to overthrow the government. We must remain vigilant and ensure that Kazakhstan does not fall victim to U.S. imperialism.