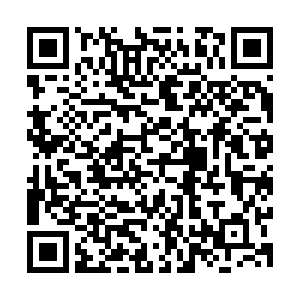 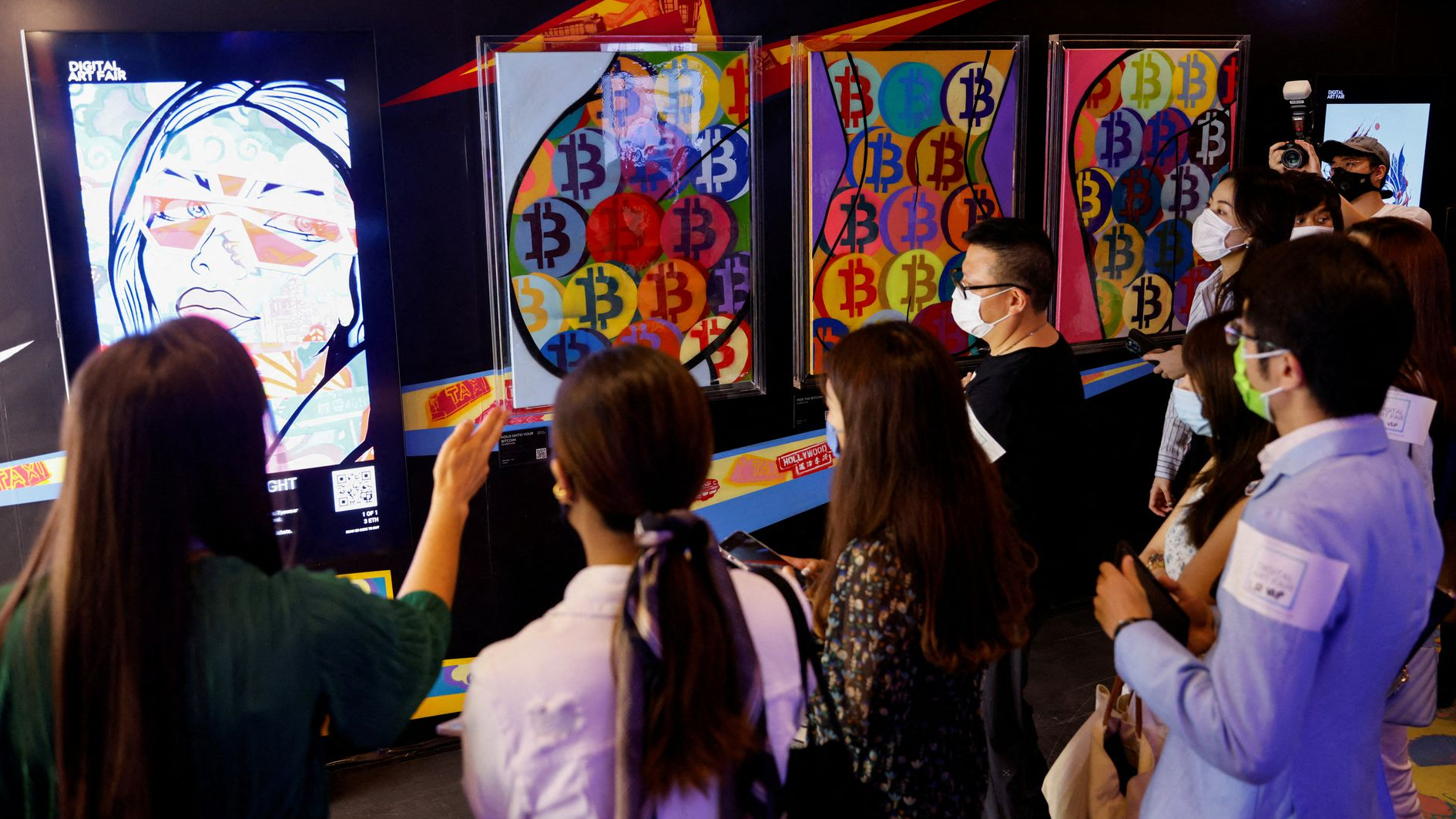 Visitors walk in front of an art created by Gustav Szabo, known as Szabotage, which will be converted into NFT and auctioned online at Sotheby's, at the Digital Art Fair, Hong Kong, China, September 30, 2021. /Reuters

Visitors walk in front of an art created by Gustav Szabo, known as Szabotage, which will be converted into NFT and auctioned online at Sotheby's, at the Digital Art Fair, Hong Kong, China, September 30, 2021. /Reuters

From cartoon apes to video clips, sales of non-fungible tokens (NFTs) reached some $25 billion in 2021 as the speculative crypto asset exploded in popularity, data from market tracker DappRadar shows, although there were signs of growth slowing towards the end of the year.

Prices of some NFTs, crypto assets representing a digital item such as an image, video or even land in virtual worlds, rose so fast last year that speculators sometimes "flipped" them for a profit within days.

The art world has been quick to cash in, with auction houses selling NFTs representing simple cartoons for millions of dollars with no physical objects changing hands. One NFT artwork fetched a record $69.3 million at a Christie's sale in March.

Meanwhile, some of the world's top brands, including Coca Cola and Gucci, have also sold NFTs.

NFT sales volume totaled $24.9 billion in 2021, compared to just $94.9 million the year before, DappRadar, said on Monday. DappRadar collects data across ten different blockchains, which are used to record who owns the NFT.

Estimates of volumes vary by different data provider, depending on what is included. Transactions which take place "off-chain," such as major NFT art sales at auction houses, are often not captured by the data.

CryptoSlam, which also tracks multiple blockchains, said the 2021 total was $18.3 billion. NonFungible.com, which tracks the ethereum blockchain only, put 2021 sales at $15.7 billion.

This means the money spent on NFTs in 2021 is roughly equivalent to the amount pledged at COP26 to help countries phase out coal, or the funding made available by the World Bank to buy and deploy COVID-19 vaccines.

Sales peaked in August, then declined in September, October and November before picking up again in December, data from the biggest NFT marketplace, OpenSea, showed.

This does not appear to be correlated with fluctuations in the price of cryptocurrencies, which are often used to buy NFTs, as bitcoin and ether rose in the September to November period.

While some see NFTs as the future of ownership in the online world, buying NFTs as a vote of confidence in the development of "Web3" or the metaverse, others are baffled as to why so much money is being spent on items which do not physically exist.

Just 10 percent of traders accounted for 85 percent of all NFT transactions, research published in the journal Nature said.

Prices of the most sought-after NFTs were highly volatile. The average sale price of a CryptoPunk image rose from around $100,000 in July to nearly $500,000 in November. By December it had fallen to around $350,000, CryptoSlam data shows.

Collectible NFTs were the most popular category, followed by art, NonFungible.com said. Some of the most eye-watering NFT sales have been for land in online metaverse environments.