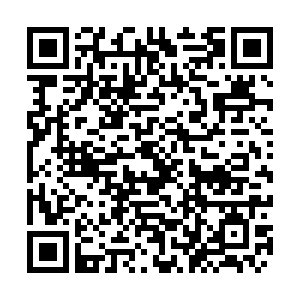 Chinese President Xi Jinping said Tuesday that China and Indonesia should advance cooperation in a coordinated manner in the post-pandemic era.

In a phone conversation with Indonesian President Joko Widodo, Xi suggested that the two sides integrate Belt and Road cooperation with China's building of a new development pattern and Indonesia's medium- and long-term national development plan.

Since last year, China-Indonesia relations have been moving forward while maintaining stability in defiance of the COVID-19 pandemic, Xi noted.

The two countries, he added, have launched a high-level dialogue cooperation mechanism, and established a new pattern of bilateral cooperation on the "four-wheel drive" of political, economic, cultural and maritime affairs.

China and Indonesia are both major developing countries, and have similar ideals and beliefs in pursuing national development and seeking happiness for their people, Xi said.

Facing major changes and a pandemic both unseen in a century, the two countries should strive to build a community with a shared future, he said, adding that the key to achieving this goal is to get concrete things done well one after another.

Xi stressed that the two sides should work together to fight the pandemic and set a good example of health cooperation.

China, he said, will continue to cooperate with Indonesia throughout the vaccine industrial chain and on drug research and development, help Indonesia build a regional vaccine production center, and work with Indonesia to improve global public health governance and build a global community of health for all on the basis of jointly fighting the pandemic.

China, he stressed, will actively participate with all its strength in anything that is conducive to promoting Indonesia's development and deepening China-Indonesia cooperation.

Noting that China and Indonesia hold the chairs of BRICS and the Group of 20 respectively this year, he said China is ready to work with Indonesia to practice true multilateralism, actively implement the Global Development Initiative, safeguard the interests of emerging-market and developing countries, and contribute to promoting global economic recovery and improving global economic governance.

For his part, Widodo congratulated the successful convening of the sixth plenary session of the 19th Central Committee of the Communist Party of China, saying that he believed that under the leadership of Xi, the Chinese people will continue to create new glories in the future.

Last year, bilateral trade and investment between Indonesia and China grew rapidly, and healthcare cooperation, especially cooperation in vaccine production and drug research and development, has achieved remarkable results, he continued, noting that 80 percent of Indonesia's vaccines came from China.

Indonesia is willing to strengthen economic, trade and anti-pandemic cooperation with China, actively promote the joint construction of the Belt and Road Initiative, and build the Regional Comprehensive Economic Corridor and the "Two Countries, Twin Parks" project, the president continued, adding that Indonesia welcomes Chinese enterprises to invest in the country to develop cooperation in fields such as advanced technology and green economy.

He also wished the Beijing 2022 Olympic Winter Games, which will convene next month, a success.