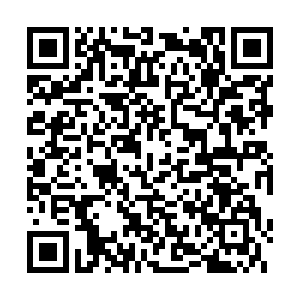 Russia is not making ultimatums in its negotiations with the West but needs concrete answers regarding its security concerns, Kremlin spokesperson Dmitry Peskov said on Wednesday after a new round of talks between the two sides that failed to break the deadlock.

Russia began laying out its demands for security guarantees in Europe to NATO's 30 allies following intense talks with the United States in Geneva where the two sides' positions remained poles apart.

The spokesperson also said there is no link between Russia-NATO talks on Ukraine and military exercises in western Russia.

Moscow has dismissed concerns expressed by the United States that it may be planning to invade its neighbor, and Peskov said live-fire exercises on the Ukraine border on Tuesday were not linked to the NATO talks.

"We are not negotiating from a position of strength; there is not, and nor can there be, any place for ultimatums here," he said in Moscow as the talks were underway in Brussels.

However, he said pan-European security was at a critical point and the West needed to respond to Russia's concerns over NATO activities in former communist countries it sees as its backyard.

NATO allies say the talks, the highest-profile attempt at the alliance to turn a potential conflict over Ukraine into a political process, are taking place because of Russian aggression, not the other way around.

"Let's be clear: Russian actions have precipitated this crisis. We are committed to using diplomacy to deescalate the situation," U.S. envoy to NATO Julianne Smith told reporters on Tuesday evening.

"We want to see ... Russia pulling back its forces," she said of the 100,000 troops stationed near Ukraine.

NATO diplomats say the Western alliance would consider it a success if Russia agreed to hold further talks. Allies are ready to negotiate with Moscow on increasing openness around military drills and to avoid accidental clashes that could spark conflict, as well as arms control regarding missiles in Europe.

The NATO allies say that many of Russia's demands, laid out in two draft treaties in December, are unacceptable, including calls to scale back the alliance's activities to 1990s era levels and promising not to take in new members.

Bridling at NATO's expansion eastward into its old Soviet sphere of influence, Kremlin sees the U.S.-led alliance's deterrents and military modernization as a threat.

Russia sounded a downbeat note over prospects for more talks with the United States on Tuesday. Grushko, a former Russian ambassador to NATO, said Russia wants to avoid confrontation.

His direct colleague Deputy Foreign Minister Sergei Ryabkov, who held talks with the United States in Geneva but was not in Brussels on Wednesday, said Ukraine must never be allowed to join NATO.

NATO has no immediate plans to admit Ukraine, but says Russia cannot dictate its relations with other sovereign states.

Talks will continue this week in Vienna at the Organization for Security and Cooperation in Europe (OSCE), a broader body where Russia, the United States and Europeans are represented.

"Our main goal is, in principle, to establish a dialogue. I think it is worth noting separately that there are no negotiations as such this week," Michael Carpenter, U.S. ambassador to the OSCE, said according to a U.S. transcript of an interview with Russia's TV Rain (Dozhd) published on Wednesday.