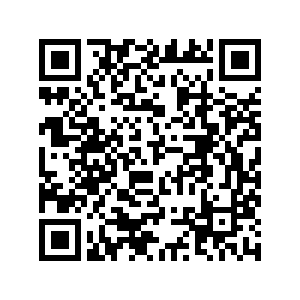 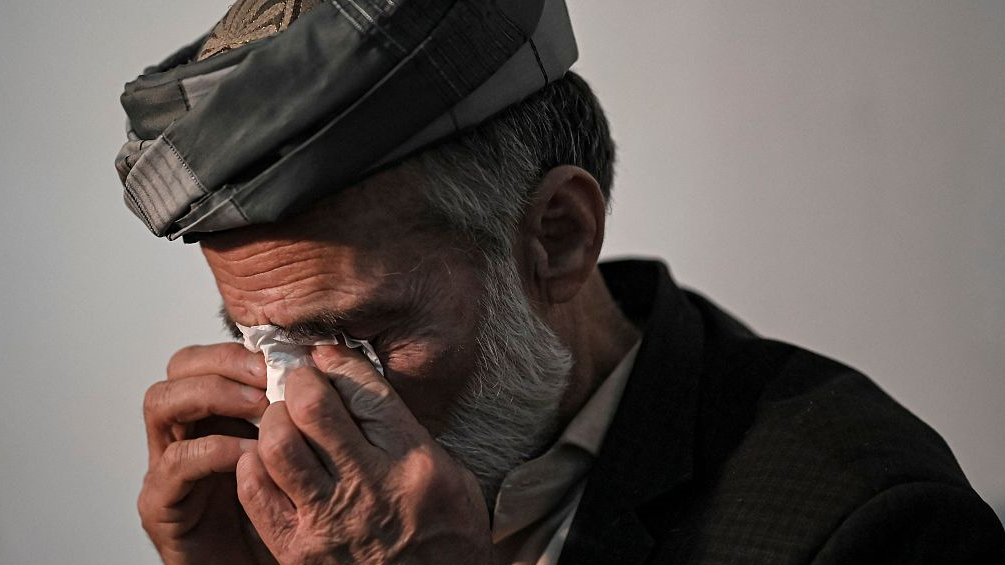 A man cries in the chaos of the U.S. evacuation from Afghanistan, August 2021. /CFP

A man cries in the chaos of the U.S. evacuation from Afghanistan, August 2021. /CFP

Several months have passed since the U.S. called it quits in Afghanistan. It's sadly clear that the long-suffering people of Afghanistan are not celebrating. In these pandemic days, the subsequent desperation, surging illness and disease, and increasing economic disrepair in the process are far from over. American and NATO officials are not trying to say otherwise.

In case you haven't noticed, Afghanistan is coming apart at the seams, and it needs to be saved from a full-blown humanitarian crisis. It is an almost unimaginable catastrophe zone. Its fragile economy is in ruins, making it even harder for American officials to spin the irresponsible, inconclusive and unpopular war – and withdrawal – as a success and over (at least for now). Funny how U.S. President Joe Biden has been trying to do the exact same thing, insisting that America did the right thing to leave the graveyard of empires. But did it really, especially after dismantling Afghanistan's political and social systems?

Of course not. We now know all too well that the sudden withdrawal was irresponsible and the good-old nation-building failure was mostly self-serving. The most powerful country on the planet ensured a greater humanitarian crisis for a war-ravaged country and its neighbors. It attracted international opposition and postponed the day of reckoning among political currents.

That should stun no one. More U.S. and NATO money were squandered on a bogus "reconstruction" program in Afghanistan than was spent on the post-World War Two's Marshall Plan to put a devastated Europe back on its feet. And how did all that spending turn out? Those torrents of money helped create a devastating economy of corruption and anarchy, amid poor planning, shoddy construction, mechanical failures and inadequate oversight.

Ominously, the crisis spilled across many other areas. The unfolding situation has become so bad that many U.S. officials and media outlets that once loudly hailed the success of their "humanitarian" intervention  and withdrawal are now dead silent. These are the tragic consequences of their "nation building" at the point of a sword, and they never take responsibility for it.

Unlike the U.S. and company, however, the United Nations and non-governmental organizations have decided to step in and launch joint response plans to deliver vital humanitarian relief to 22 million people and support 5.7 million people in Afghanistan's displaced communities. The problem is that the humanitarian and refugee response plans require over $5 billion in international funding in 2022.

The good news is that even the Taliban are on board. UN envoys in the field say they were in talks with the Taliban officials, who have been open to discussing the scope of the aid programs. The translation is that international humanitarian assistance has created a space for dialogue. After all, successful refugee response plans can improve the situation even for the Taliban. 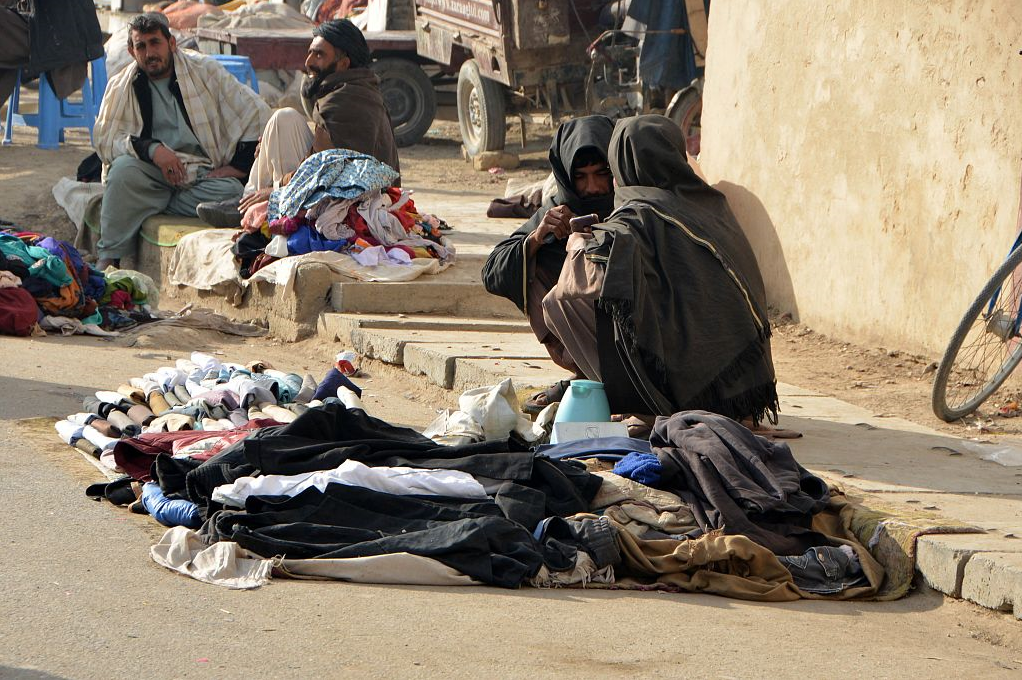 Vendors along a road in Kandahar, Afghanistan, December 22, 2021. /CFP

Vendors along a road in Kandahar, Afghanistan, December 22, 2021. /CFP

There isn't the slightest doubt that Afghanistan's neighbors will also play a key role in these efforts. Countries like China and Russia have a legitimate role to play to provide vital humanitarian relief to Afghans displaced in local communities and in neighboring countries.

Together, these responsible neighbors can support aid organizations to speed up the delivery of health services, education, food and agriculture support, as well as access to clean water and sanitation. They can also help provide shelter and non-food services, livelihoods, logistics and telecoms, among other necessities.

The stakes couldn't be higher. If the UN's joint response plans to deliver vital humanitarian relief are not implemented, Afghanistan will lose any prospects for permanent peace and security. The global community will also lose the most important peace and security platform they have ever had in South Asia. The world cannot afford to let this happen.

The time has come for the world's best minds to tackle the challenge of saving lives and providing humanitarian assistance to Afghanistan. This is not only achievable but inevitable. The refugee blowbacks are already too high for neighbors, even for those in Europe. The demand for more aid will only grow in the coming months.

The world's best minds can also change the situation by replacing a terrible idea with a much better one. It was politically and militarily unfeasible for the U.S. to occupy Afghanistan permanently. The past 20 years taught us that it's politically and militarily unfeasible to occupy and win. Many peace advocates and organizations are defending the Taliban today for a simple reason: More people will suffer and perish if this historic blunder is repeated.

It's a mistake that never reflected the Afghan people's progressive values – helping the country and allowing it to see its political aims met. To catch the mood of the moment, all UN member states have the moral authority to speak truth to the power of international law, and resist any attempts to diminish support to a vulnerable member state who most needs it.

To put that potential fate in perspective, Afghanistan is in crisis, and in times of crisis, routines and politics must be replaced with urgent awakenings to bring out better cooperation and wisdom from the pillars of global community. The UN, non-governmental organizations and the neighboring countries have taken the first steps. The hope is that more member states will follow their example. Stand tall in support of Afghanistan and its people in these trying times.