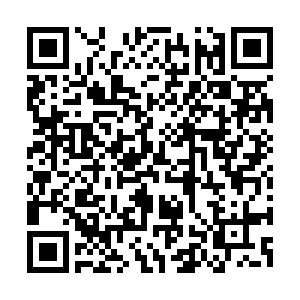 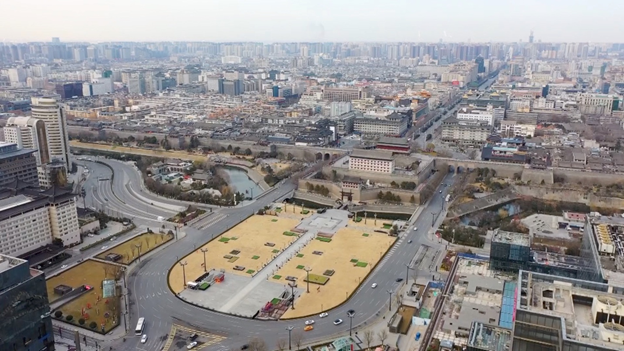 After about three weeks in lockdown due to a COVID-19 outbreak, Xi'an, capital of northwest China's Shaanxi Province, allowed some businesses to reopen on Wednesday.

These businesses include sellers of daily necessities in five districts and counties, which account for over 60 percent of the city's 1,722 supermarkets, convenience stores and markets for fresh produce. In addition, logistics and storage centers as well as distribution sites were also allowed to reopen after evaluation of COVID-19 prevention conditions.

"Our prices are basically unchanged, but the prices of many products have dropped significantly compared with those before the outbreak, and the decrease is very large. Some have dropped by nearly 50 percent," Cheng Xiaoyan, manager of a local supermarket, said.

Meanwhile, restaurants are allowed to handle take-away and home delivery orders, but dine-in services remain suspended. With deliverymen gradually coming back to work, nearly 200,000 meals are delivered a day.

The city of 13 million reported its first confirmed local infection on December 9, 2021. Two weeks later, it was placed under a full lockdown. As many as 2,025 confirmed local cases have been reported, but new cases are falling – from the peak of 175 on December 27 to six on January 12. A total of 540 of them have recovered and are under rehabilitation.

"The overall treatment of our patients is good. A large number of patients only had mild symptoms. Some of them are moderate, and after our treatment, the proportion of those that developed severe conditions is relatively low," Ma Xiaochun, a member of the expert team of the National Health Commission, said.

At a press conference, officials outlined three conditions for lifting the lockdown.

"First, there must be no new cases or asymptomatic infected persons in the region within 14 days. Second, the last close contacts of those infected in the area should have been transferred to a centralized isolation site for more than 14 days and tested negative. Third, two days before lifting the lockdown, all personnel in the area should test negative," Zhang Bo, deputy director of Xi'an Municipal Health Commission, said.

The first batch of three recovered patients was discharged from the hospital after 14 days of rehabilitation on Tuesday for another 14-day quarantine at a designated hotel.