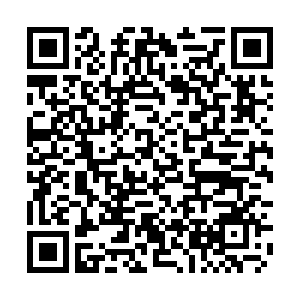 China's foreign trade volume reached $6.05 trillion in 2021, surpassing the $6 trillion mark for the first time, data from the General Administration of Customs (GAC) showed on Friday.

GAC spokesperson Li Kuiwen said the resilience of China's economy and the recovery of the global economy helped the country to maintain strong growth momentum in trade.

Though the country's exports and imports grew more slowly in December compared to the previous month – as overseas demand for goods eased after the holiday season, and high costs pressured exporters, exports recorded a growth rate of 20.9 percent, slightly beating a Reuters forecast of 20 percent. 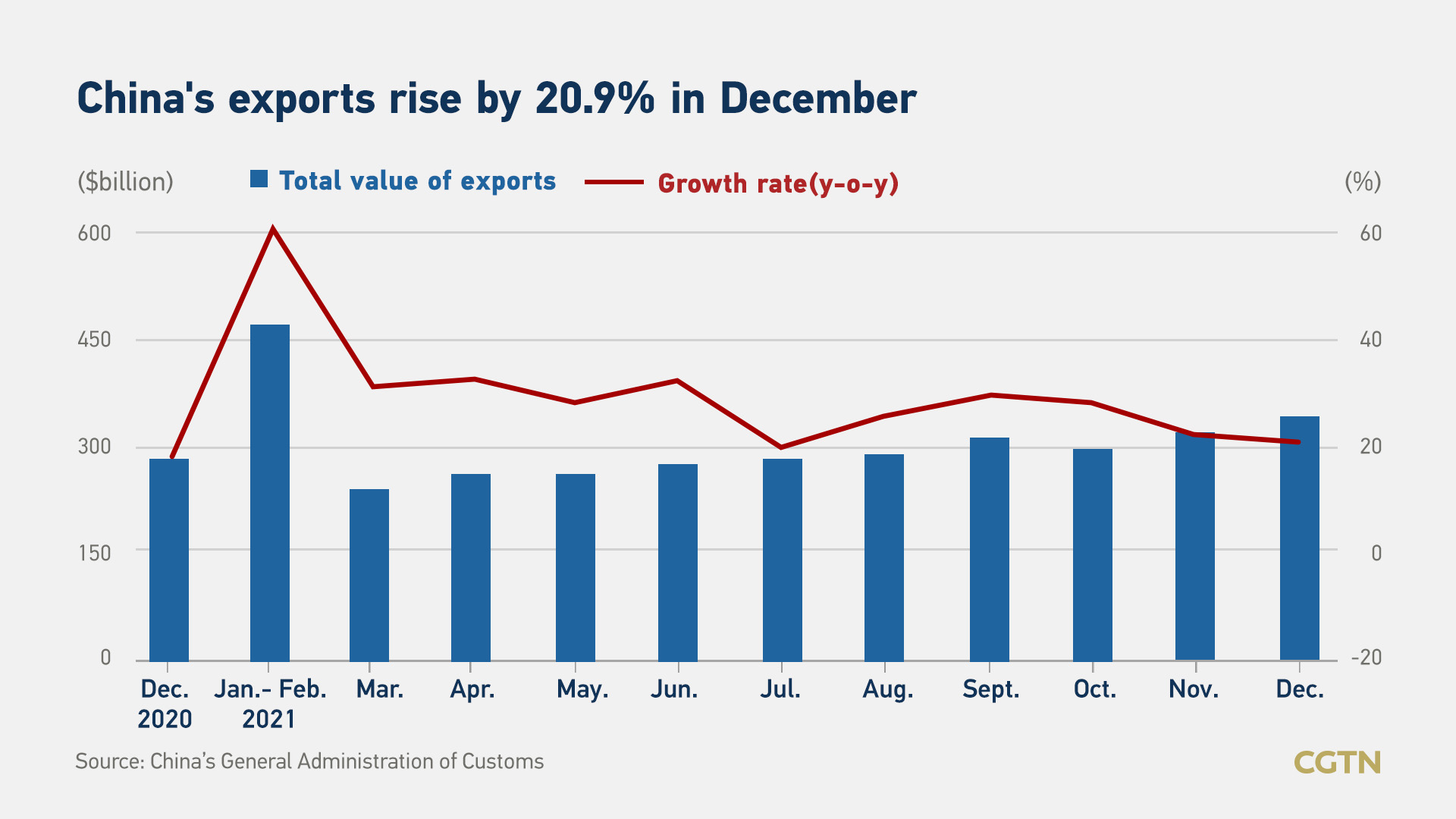 Exports have been China's growth engine since the COVID-19 outbreak, Chief Economist of Hang Seng Bank China Wang Dan said, attributing this to China's effective outbreak prevention and control work, which enabled the country to maintain a stable operation of industrial chains.

Meanwhile, China's economic structure continued to be optimized, as reflected by decreasing processing trade and increasing general trade, Wang told CGTN. "In the past, foreign capital entered China in the hope of using China's cheap land and labor for export processing trade, but now the situation has changed. Foreign investment is entering China to gain access to the huge market ... paying more attention to long-term returns."

"This will also strengthen the construction of R&D centers in China, because China's domestic market has a large capacity and can easily amortize R&D costs," she added.

Given repeat episodes of COVID-19, China's exports will maintain strong momentum in 2022, Wang predicted. Most emerging market countries facing pressures not only from COVID-19 but also from debt, finance and currency are likely to take at least one to two years to reconstruct industrial chains, she explained.

"If the Fed does raise interest rates two to three times in 2022 as the market expects, it is likely to drag many countries into a debt crisis, which will further affect the reconstruction of the industrial chain. Developed countries are intending to promote the localization of some manufacturing industries, but it is difficult to make substantial progress until the global epidemic subsides," Wang said. 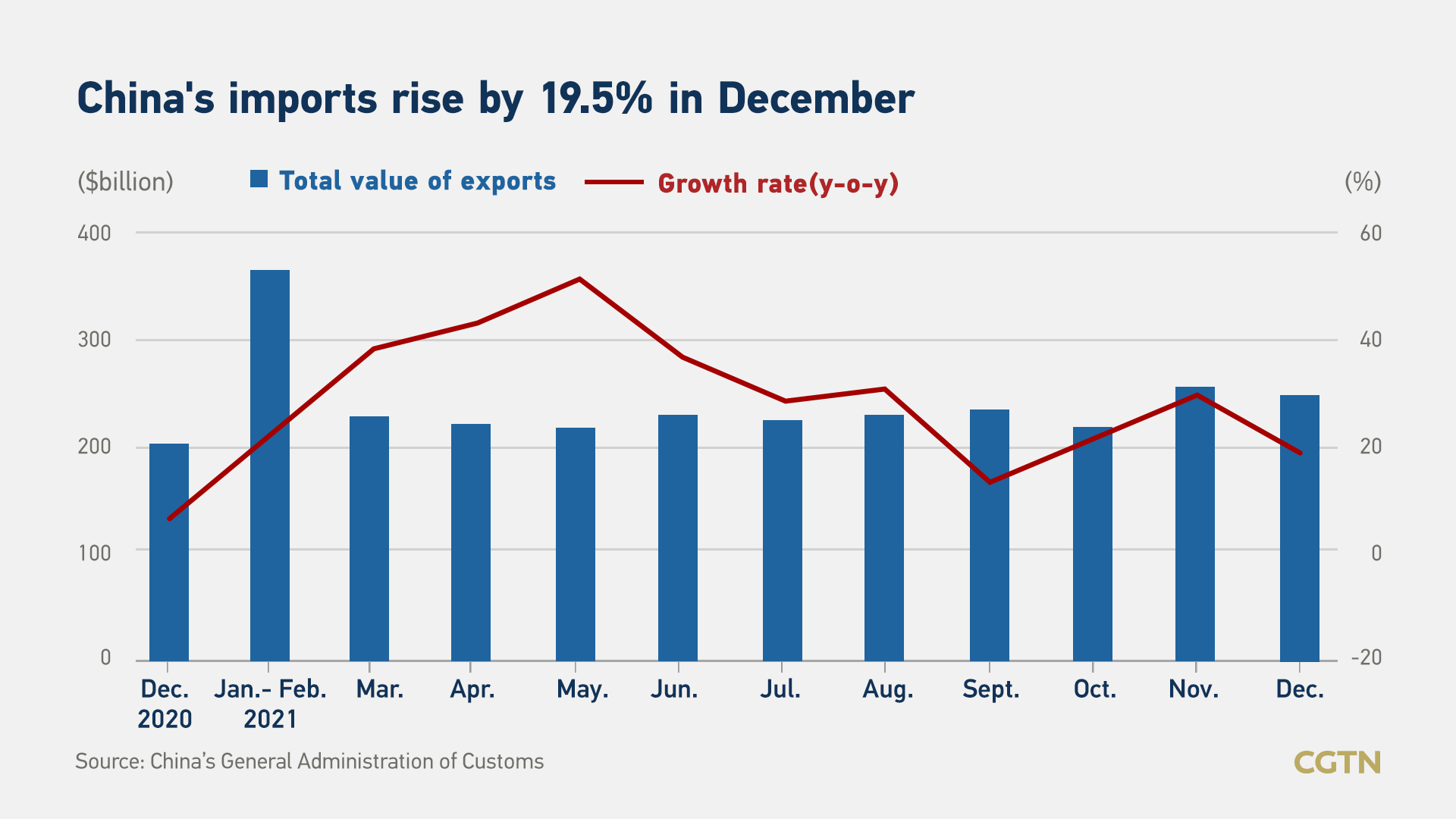 Imports rose by 19.5 percent year on year in December, below Reuters' 26.3-percent forecast, and down from a 31.7-percent gain in November.

Calculated in Chinese yuan, the Association of Southeast Asian Nations (ASEAN), the European Union, the U.S., Japan and South Korea were China's top five trading partners in 2021, recording trade volume of 5.67 trillion yuan, 5.35 trillion yuan, 4.88 trillion yuan, 2.4 trillion yuan and 2.34 trillion yuan, respectively. China's trade with countries along the routes of the Belt and Road Initiative in 2021 expanded 23.5 percent, a relatively faster growth rate among others.

Trade between China and ASEAN countries is expected to hit a new high under the Regional Comprehensive Economic Partnership, which took effect on January 1, 2022, Wang said.

"As countries around the world are launching infrastructure investment plans to boost their economies, China, as a major exporter of machinery, labor protection products and industrial intermediates, will benefit from global fiscal expansion," she said.