Download
How the U.S. exerts 'soft power' in Kazakhstan and beyond
Danny Haiphong 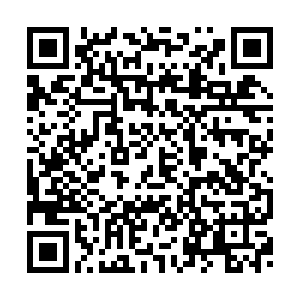 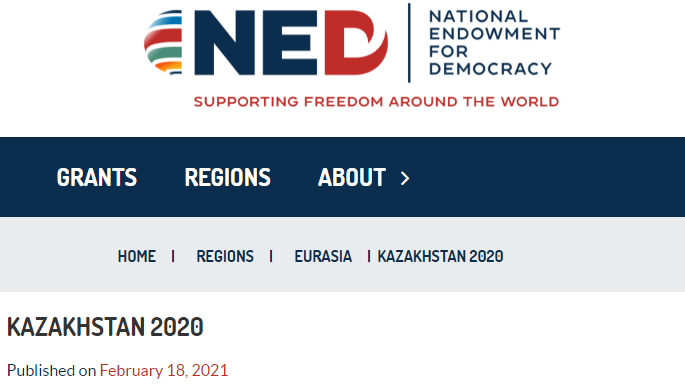 The National Endowment for Democracy's funds for Kazakhstan published on February 18, 2021. /Screenshot via ned.org

The National Endowment for Democracy's funds for Kazakhstan published on February 18, 2021. /Screenshot via ned.org

Kazakhstan began 2022 engulfed in a tidal wave of unrest. Initial reports cited the government elimination of price caps on gasoline as the spark for mass protest within the country. The protests quickly turned violent, with more than a hundred deaths and thousands of arrests having been tallied by security forces thus far. While the government restored the price cap on gasoline after six days of unrest, it was clear from the outset that developments in Kazakhstan were fueled by foreign interference led by the United States and the West.

One cannot understand the unrest in Kazakhstan outside of geopolitics. Tens of thousands of U.S. and European-funded non-governmental organizations (NGOs) currently reside in the country, many of which were ordered to close by the government of Kazakhstan amid the wave of protests. The National Endowment for Democracy (NED), a CIA-affiliated organization funded by the U.S. Congress, provided more than $1 million in 2020 to so-called civil society groups within Kazakhstan. Kazakhstan also received $61 million from U.S. agencies such as the U.S. Agency for International Development (USAID) and the State Department in 2020.

Such heavy U.S. involvement has raised suspicions that the unrest in Kazakhstan is part of a long history of "color revolutions" in the region. The suspicions are not unfounded. A news service in Kazakhstan interviewed a Kyrgyz protester who stated he received $200 and a plane ticket to participate in the unrest. Video has also surfaced of protesters receiving weapons from unmarked vehicles. Voice of America, overseen by The U.S. Agency for Global Media, admitted that "armed opponents" of Kazakhstan's government participated in gunfire with the military.

The U.S. has an extensive history of arming and funding opposition groups abroad for its own geopolitical ends. Millions in U.S. funds were used by Venezuelan right-wing opposition groups to spark violent protests to overthrow the government in 2014, 2017 and 2019. The 2018 coup attempt in Nicaragua can also be tracked back to funds received by right-wing opposition forces from the NED. From 2011 to at least 2016, so-called rebels in Syria received weaponry from the CIA and the Pentagon while the NED provided hundreds of thousands of U.S. dollars in support to so-called civil society organizations in the country. 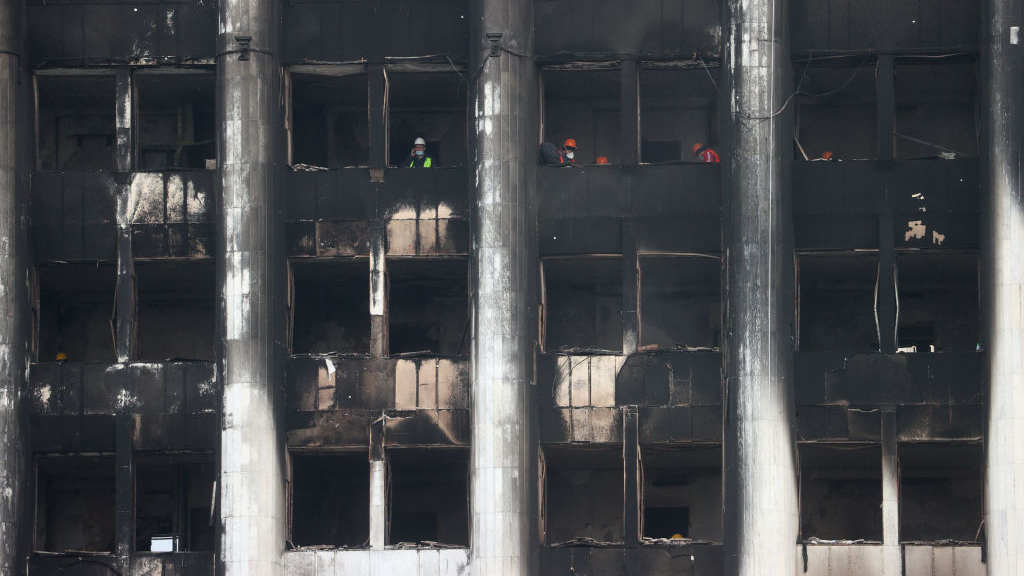 The U.S. has stepped up its support for color revolutions in Eurasia in an attempt to thwart the Belt and Road Initiative (BRI) as well as China and Russia's growing influence in the region. This includes the U.S.-backed color revolution-turned coup in Ukraine in 2014, the unrest generated in China's Hong Kong Special Administrative Region with the help of the NED in 2014 and 2019, and the U.S.-backed coup attempt in Belarus in 2020. These unrests and color revolutions have posed challenges for the region but have failed to arrest the trend toward greater economic development and interconnectivity led by China and Russia.

In 2018, the Carnegie Endowment for International Peace published a report that described China's economic presence in Kazakhstan as "overwhelming" and urged the country to "look beyond" the BRI. Chinese President Xi Jinping announced the BRI in Kazakhstan in 2013. China has since become Kazakhstan and Central Asia's most important trading partner. Russia has also become an important stabilizing economic and political force in the region. Kazakh President Kassym-Jomart Tokayev requested military and diplomatic assistance from the Collective Security Treaty Organization (CSTO) led in part by Russia in conjunction with five other Eurasian states, not any Western institution.

This move prompted U.S. Secretary of State Antony Blinken to state in a press briefing that "one lesson in recent history is that once Russians are in your house, it's sometimes very difficult to get them to leave." Blinken's hypothesis was, of course, incorrect. CSTO has already begun withdrawing forces from Kazakhstan. The same cannot be said about U.S.-affiliated NGOs in Kazakhstan or the Central Asia region.

The presence of NGOs provides a public relations boost to U.S. meddling. U.S. NGOs exert a form of "soft power" that inevitably leads to attempts to violently destabilize the government of the target country. Under the guise of "democracy," the U.S. and its allies have poured tens of millions into opposition movements through NGOs as a substitute for direct military intervention. These efforts have been labeled color revolutions but could easily be deemed a form of counterinsurgency warfare.

China and Russia serve as stabilizing forces that provide a counterbalance to such interference. The U.S.' reliance upon "soft power weapons" such as NGOs is a show of weakness rather than strength. With little to offer Eurasia, U.S. military and economic strategists hope to bamboozle nations in the region into rejecting cooperation with China and Russia. The mission has already failed, but this doesn't mean that the U.S. and its allies won't continue to support color revolutions like the one attempted in Kazakhstan to begin the New Year.