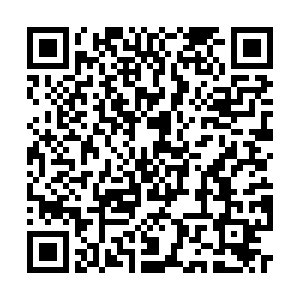 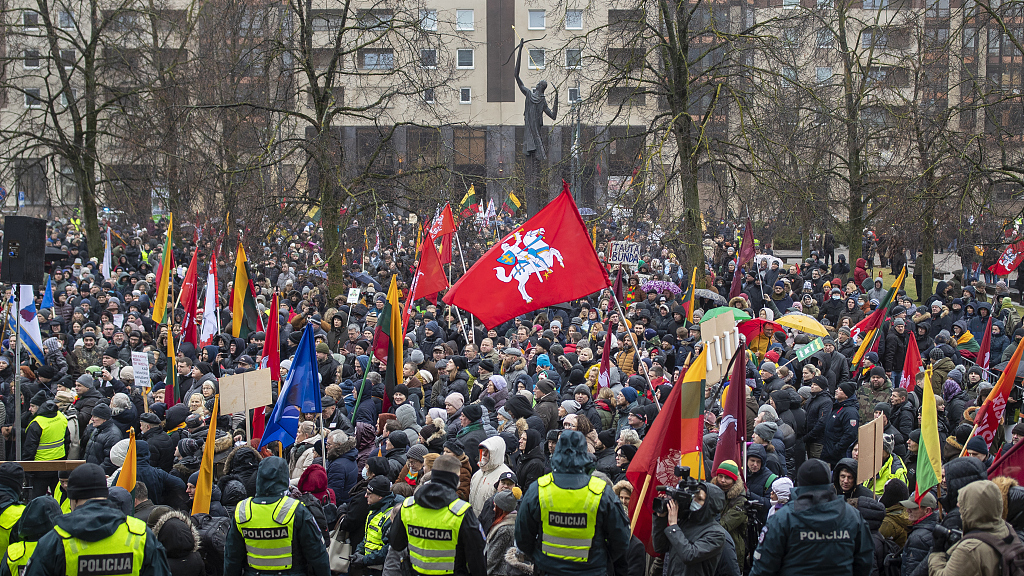 Lithuanians gather for an anti-government rally at Independence Square in front of the Parliament Palace as Lithuania is commemorating the 31st anniversary of the January 1991 Soviet crackdown, in Vilnius, Lithuania, Thursday, January 13, 2022. /CFP

Lithuanians gather for an anti-government rally at Independence Square in front of the Parliament Palace as Lithuania is commemorating the 31st anniversary of the January 1991 Soviet crackdown, in Vilnius, Lithuania, Thursday, January 13, 2022. /CFP

And yet, recent events make it clear that Vilnius' brazen neglect of the ironclad principle, and its simmering desire to court the West, have rendered it all the more desperate for hollow rhetoric. Exposing more holes in its China policy is Lithuanians' own verdict: they significantly disapprove of how their country has dealt with Beijing.

Survey data commissioned by Lithuania's Foreign Ministry on January 11, and announced this week, shows a staggering 60 percent of the public holding a negative view of the government's current policy trajectory. Only a single percent rate Vilnius' so-called "value-based" approach with high favorability. And cumulative public support for its China approach – an approach presently headlined by unwarranted provocations over the Taiwan region – fails to find traction beyond a meagre 13 percent.

With public sentiment overwhelmingly ignored, the question is: whose interests has Vilnius been entertaining at the center?

Foreign minister Gabrielius Landsbergis' interview to the Financial Times this week provides vital clues of Lithuania operating in lockstep with Washington. He points, without evidence, to Beijing's alleged "harassment" of European companies that utilize Lithuanian parts, complains of "illegal" pressure over China's Taiwan, and touts mistreatment of the European single market system. 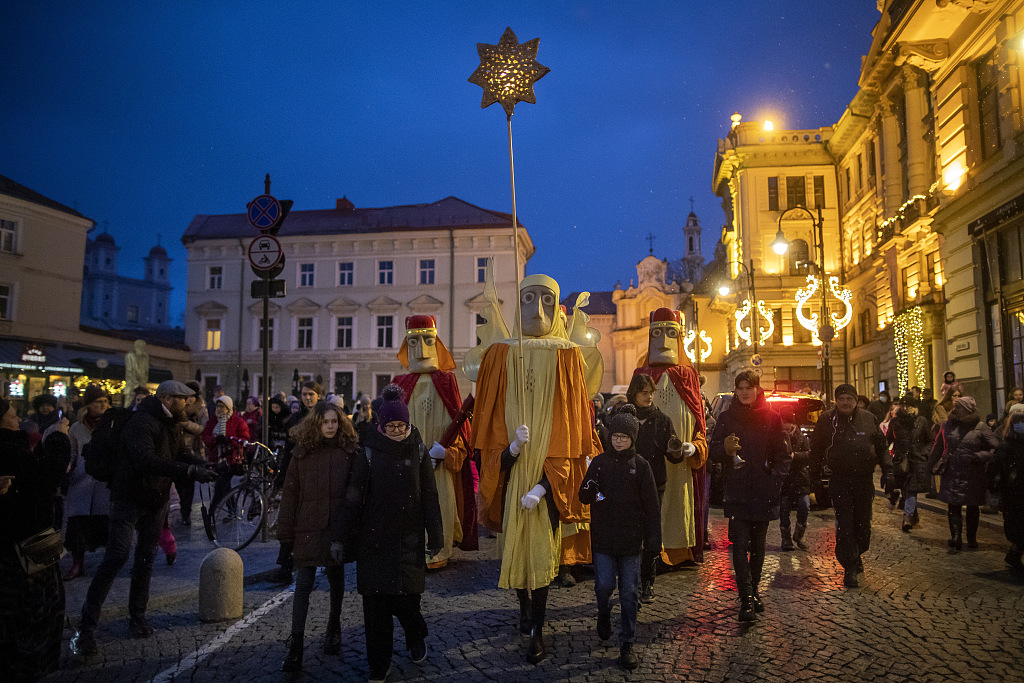 People parade through the streets as part of celebrations of Three Kings Day in Vilnius, Lithuania, Thursday, January 6, 2022. /CFP

People parade through the streets as part of celebrations of Three Kings Day in Vilnius, Lithuania, Thursday, January 6, 2022. /CFP

It comes as no surprise that all three baseless accusations were also part of Washington's recent expression of support to Lithuania over China's Taiwan, which involved tacit attempts to sell the country's China policy doublespeak as legitimate. Thus, this pattern of convergence with Washington shatters the myth that Vilnius is simply attempting to exercise what both allege is a "free" foreign policy. There is all the more reason to debunk that joint assertion, given that the principles that constitute the one-China policy have zero room for political maneuvering.

Moreover, Lithuania's own commitment in the communiqué (on the establishment of diplomatic relations with China) cements recognition of the Taiwan region "as an inalienable part of the Chinese territory." It is here that Tuesday's survey results merit greater focus on Lithuania's flagrant violations. Especially as negativity expressed by the public centers on the same policy that has seen hardliners pile up violations one after the other. "Lithuania did nothing wrong, it did nothing illegal ... it's actually vice versa," states Landsbergis. That flimsy defense can't stand a day's scrutiny.

Interestingly, if the interests of Lithuanians were a genuine factor in policy, Tuesday's survey results could've provided a rationale for course correction. After all, it is the country's Foreign Ministry that sought to gauge public sentiment. And precisely for that reason, it is humiliating to see the ministry's chief resort to frivolous criticism of the polling once the results clearly didn't go the anti-China way. "I would probably ask whether Lithuania should support instead of asking [in the poll] about Lithuania's policy on China," complained Landsbergis. Implicit is the desire to influence the contours of acceptable polling on China.

Moreover, Landsbergis' appeal to this so-called "aspiration" in Taiwan is one that Taiwan separatists have helped fabricate in support of their anti-state agenda. It will be a cardinal mistake to overlook the politics of it all: Lithuania's ruling coalition's own agreement in 2020 entailed backing of Taiwan separatists whom it claimed were "fighting for freedom."

Considering the toxic politics driving Lithuania's anti-China policy, and its humiliating departure from public opinion, it is a fact that the present day escalations with Beijing are entirely of Vilnius' own making. It will help to remember that once the grave costs of toying with China's diplomatic redlines become clear as day.