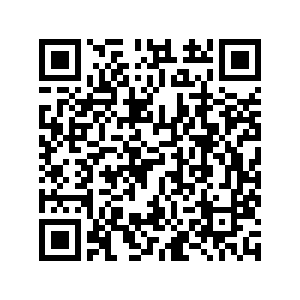 Rare snow leopards have been spotted in Nagqu of southwest China's Tibet Autonomous Region over the past year, according to the Forestry and Grassland Bureau of Nagqu.

Located in northern Tibet, Nagqu is dominated by alpine meadow and alpine grassland ecosystems. It is one of the habitats for snow leopards. The snow leopard is a rare species under first-class state protection in China, and the International Union for Conservation of Nature (IUCN) classifies it as vulnerable.

To provide better protection and track the population as well as the distribution of this rare species, the Forestry and Grassland Bureau of Nagqu collaborated with the Shan Shui Conservation Center in conducting the one-year observation project of snow leopards last year.

The project has set up observation sites and successfully recorded activities of snow leopards and other rare wild animals in 10 counties and one district of Nagqu. In these areas, researchers set dozens of infrared cameras to track the cats. The researchers recovered 140 infrared cameras in December 2021, which had recorded more than 100 activities of snow leopards, indicating that Nagqu is one of the main habitat areas of the species.

The cameras have also spotted other protected species, including the jackal, alpine musk deer and white-lipped deer.