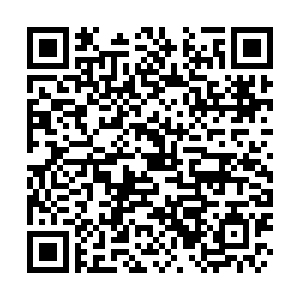 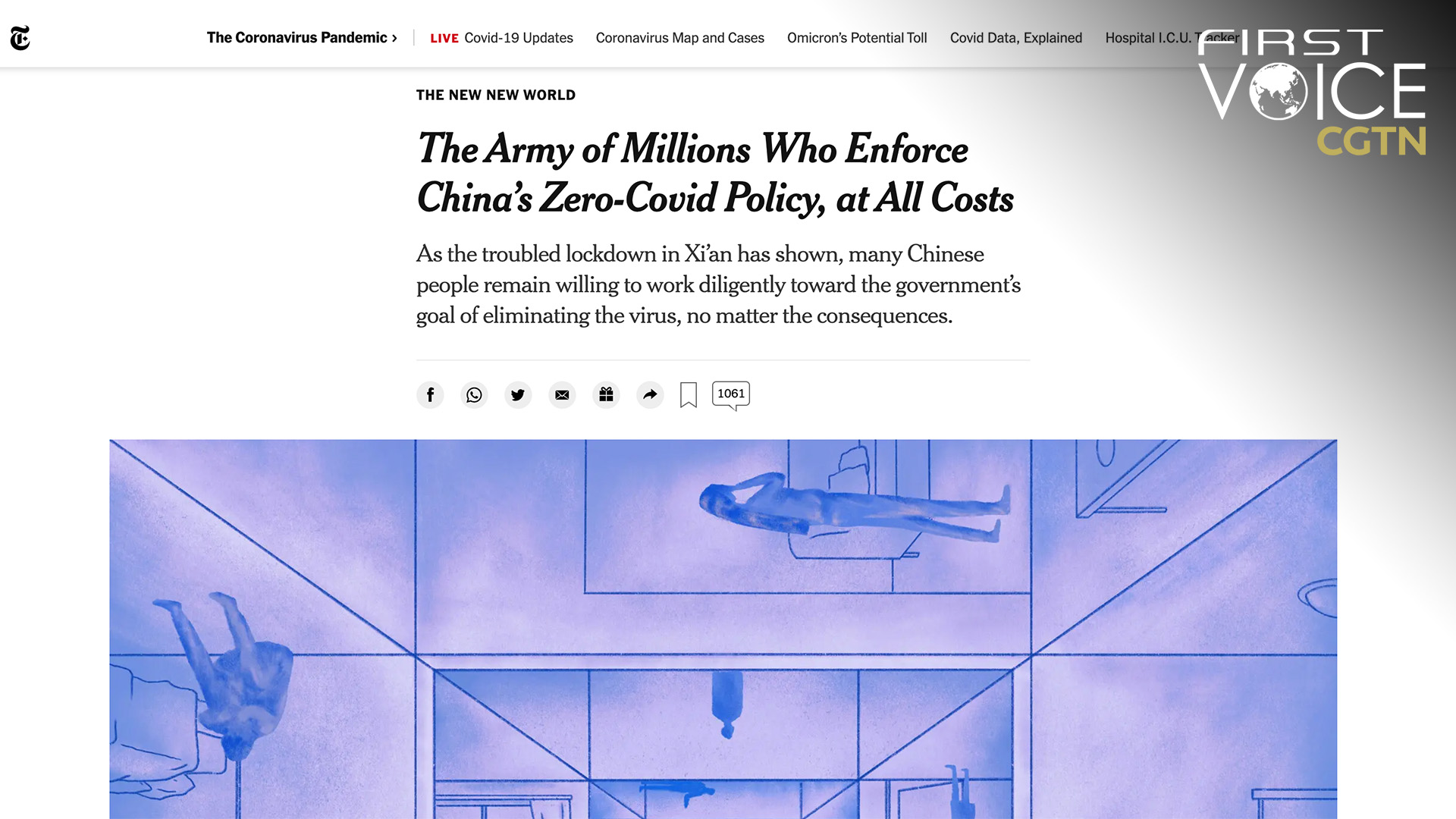 If you've been watching the trending news on the Chinese internet in recent days, you might've come across this sentence: "If I ever become a tankie, let it be known it will be entirely due to NYT op-eds." This sentence, originally posted by a Twitter user in response to a New York Times opinion piece, satirized what many are feeling towards the untruthful, delusional and hate-filled writing in the article titled "The army of millions who enforce China's zero-covid policy, at all costs" by Yuan Li, a writer for the NYT's New New World column.

Yuan did a simple and unthinkable thing: Linking China's COVID-19 strategy to Nazi Germany and accusing the millions of Chinese community workers of committing "the banality of evil." The phrase – the banality of evil – was used to describe a chief architect of the Holocaust by philosopher Hannah Arendt. Her justification is that this phrase is a concept "Chinese intellectuals often invoke in moments like Xi'an."

The only "banality of evil" committed here is by Yuan. Conscious of it or not, she, and many like her, has become a cog in the giant political machine which has sprung up in the West to smear China since the COVID-19 outbreak in Wuhan. Motivated by personal bias and the trendiness of anti-China sentiment, articles like hers have been assembled and produced to grab eyeballs for media organizations and drive the popularity of the writers themselves. These productions then become part of the anti-China sentiment that egg people on to conduct more reality-defying anti-China propaganda in order to break out from the pack and receive the most attention. Now, the bar is about making China the symbol of Nazism in the 21st century. 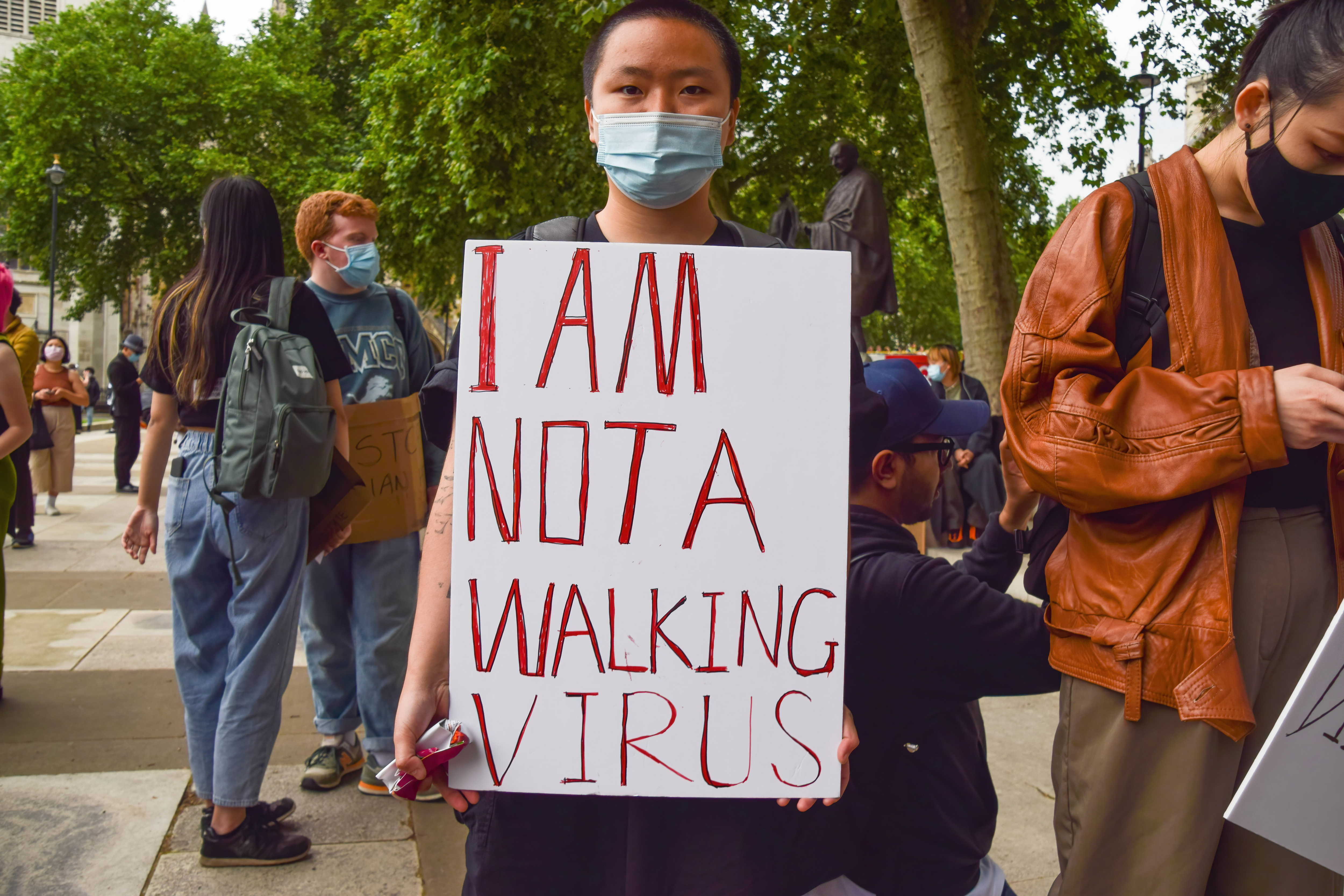 A protester holds a placard during a Stop Asian Hate rally in Parliament Square against increasing anti-Asian hate and racism in the wake of the coronavirus pandemic, London, UK, July 10, 2021. /Getty

A protester holds a placard during a Stop Asian Hate rally in Parliament Square against increasing anti-Asian hate and racism in the wake of the coronavirus pandemic, London, UK, July 10, 2021. /Getty

Has China made mistakes in pandemic control? Yes, it has. The situation in Xi'an has grabbed national attention. The Chinese media and the public have pummeled the wrongdoings. Those deemed responsible for the loss of human lives were held accountable. The ossification in pandemic control measures was cleaned out and fixed.

Nazi or not, China's paramount focus during the pandemic is to protect its people from the virus. China views the preservation of its people above all else. Yuan got one thing right: Virus control does come first. Only by controlling the virus can people's lives be saved, well-being ensured and dignity kept intact. What is "life, liberty and the pursuit of happiness" for Americans if they can't stay alive?

Perhaps this is where Yuan and the NYT should focus more on. The United States is seeing one of the greatest losses of life in its history. Two consecutive administrations have proved incapable of getting the virus under control and stopping Americans from dying from it. Politicians and opinion talking heads are so comfortably saddled on their high horses that their actions and rhetoric are important to nobody but themselves, and the country remains trapped in a deteriorating cycle that's been pushed further down by them.

Talking about "the banality of evil," perhaps they should look to themselves more.