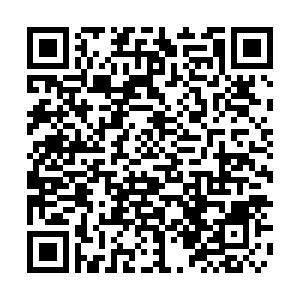 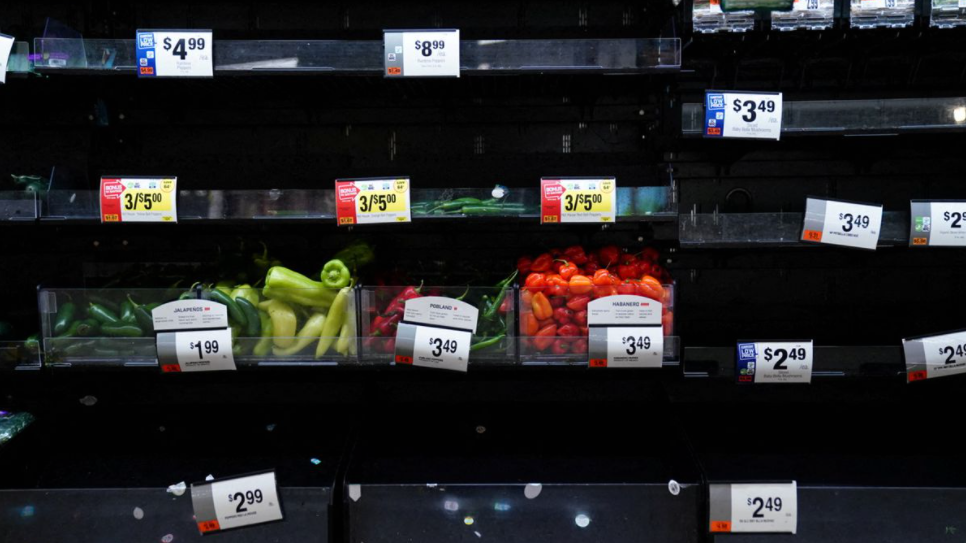 High demand for groceries combined with soaring freight costs and Omicron-related labor shortages are creating a new round of backlogs at processed food and fresh produce companies, leading to empty supermarket shelves at major retailers across the United States.

Growers of perishable produce across the West Coast are paying nearly triple pre-pandemic trucking rates to ship things like lettuce and berries before they spoil. Shay Myers, CEO of Owyhee Produce, which grows onions, watermelons and asparagus along the border of Idaho and Oregon, said he has been holding off shipping onions to retail distributors until freight costs go down.

Myers said transportation disruptions in the last three weeks, caused by a lack of truck drivers and recent highway-blocking storms, have led to a doubling of freight costs for fruit and vegetable producers, on top of already-elevated pandemic prices. "We typically will ship, East Coast to West Coast, we used to do it for about $7,000," he said. "Today it's somewhere between $18,000 and $22,000."

Birds Eye frozen vegetables maker Conagra Brands' CEO Sean Connolly told investors last week that supplies from its U.S. plants could be constrained for at least the next month due to Omicron-related absences.

Earlier this week, Albertsons CEO Vivek Sankaran said he expects the supermarket chain to confront more supply chain challenges over the next four to six weeks as Omicron has put a dent in its efforts to plug supply chain gaps.

Shoppers on social media complained of empty pasta and meat aisles at some Walmart stores; a Meijer store in Indianapolis was swept bare of chicken; a Publix in Palm Beach, Florida was out of bath tissue and home hygiene products while Costco reinstated purchase limits on toilet paper at some stores in Washington state.

The situation is not expected to abate for at least a few more weeks, Katie Denis, vice president of communications and research at the Consumer Brands Association said, blaming the shortages on a scarcity of labor.

The consumer-packaged goods industry is missing around 120,000 workers out of which only 1,500 jobs were added last month, she said, while the National Grocers Association said that many of its grocery store members were operating with less than 50 percent of their workforce capacity.

The problem is more acute with food products where out-of-stock levels are running at 15 percent, the Consumer Brands Association said.

SpartanNash, a U.S. grocery distributor, last week said it has become harder to get supplies from food manufacturers, especially processed items like cereal and soup.

Consumers have continued to stock up on groceries as they hunker down at home to curb the spread of the Omicron-variant. Denis said demand over the last five months has been as high or higher than it had been in March 2020 at the beginning of the pandemic. Similar issues are being seen in other parts of the world.

In Australia, grocery chain operator Woolworths Group said last week that more than 20 percent of employees at its distribution centers are off work because of COVID-19. In the stores, the virus has put at least 10 percent of staff out of action.

The company, on Thursday, reinstated a limit of two packs per customer across toilet paper and painkillers nationwide both in-store and online to deal with the staffing shortage.

In the U.S., recent snow and ice storms that snarled traffic for hours along the East Coast also hampered food deliveries bound for grocery stores and distribution hubs. Those delays rippled across the country, delaying shipments of fruit and vegetables with a limited shelf life.

While growers with perishable produce are forced to pay inflated shipping rates to attract limited trucking supplies, producers like Myers are choosing to wait for backlogs to ease.

"The canned goods, the sodas, the chips – those things sat because they weren't willing to pay double, triple the freight, and their stuff doesn't go bad in four days," he said.