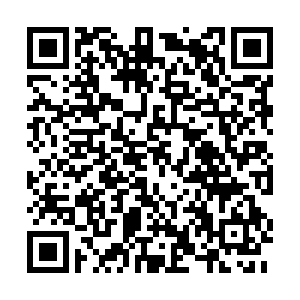 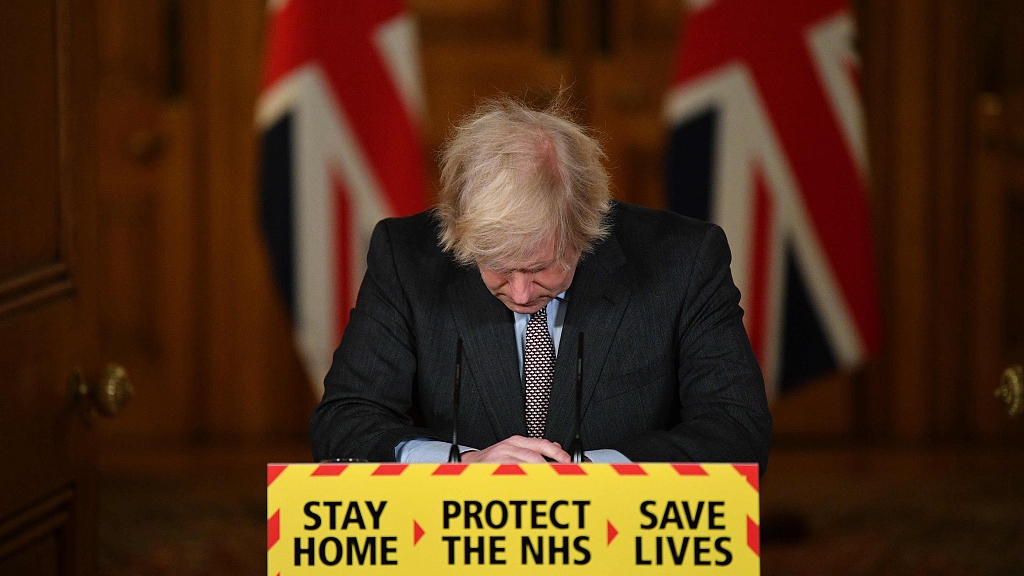 Britain's Prime Minister Boris Johnson looks down at the podium as he attends a virtual press conference on the COVID-19 pandemic, inside 10 Downing Street in central London, January 26, 2021. /CFP

Britain's Prime Minister Boris Johnson looks down at the podium as he attends a virtual press conference on the COVID-19 pandemic, inside 10 Downing Street in central London, January 26, 2021. /CFP

UK Prime Minister Boris Johnson is under fierce criticism from leaders of both the Conservative and Labour Parties after a bruising series of revelations about lockdown-breaching parties.

In the latest, Johnson's wife Carrie was photographed on the front page of the Sunday Telegraph newspaper embracing a friend at a September 2020 party, in apparent violation of the then rules on social distancing.

Britain's main opposition leader Keir Starmer on Sunday accused Johnson of breaking the law. Starmer, who is enjoying an opinion poll surge on the back of the Downing Street "partygate" allegations, said the facts were already clear.

"I think he broke the law. I think he's as good as admitted that he broke the law," Starmer told the BBC. Sue Gray, who is currently leading the investigation, only has the remit to establish the facts, he added, calling for the police to look into a possible criminal inquiry once her report is out.

"The Prime Minister has degraded the office of prime minister and he has lost full authority not only in his own party, but in the country," Starmer said.

Johnson has apologized for attending a gathering in the garden of his Downing Street residence in May 2020 where staff had been invited to bring their own alcohol at a time when strict rules forbade the public from almost all socializing.

Amid a public backlash at the perception that the government did not follow its own rules during the pandemic, an internal investigation is looking at that party and several others - including two separate parties on the eve of Prince Philip's funeral.

At least six lawmakers in Johnson's Conservative party have now called publicly for him to quit, while others say they are awaiting the findings of an internal inquiry by senior civil servant Gray.

Criticism within the Conservative Party 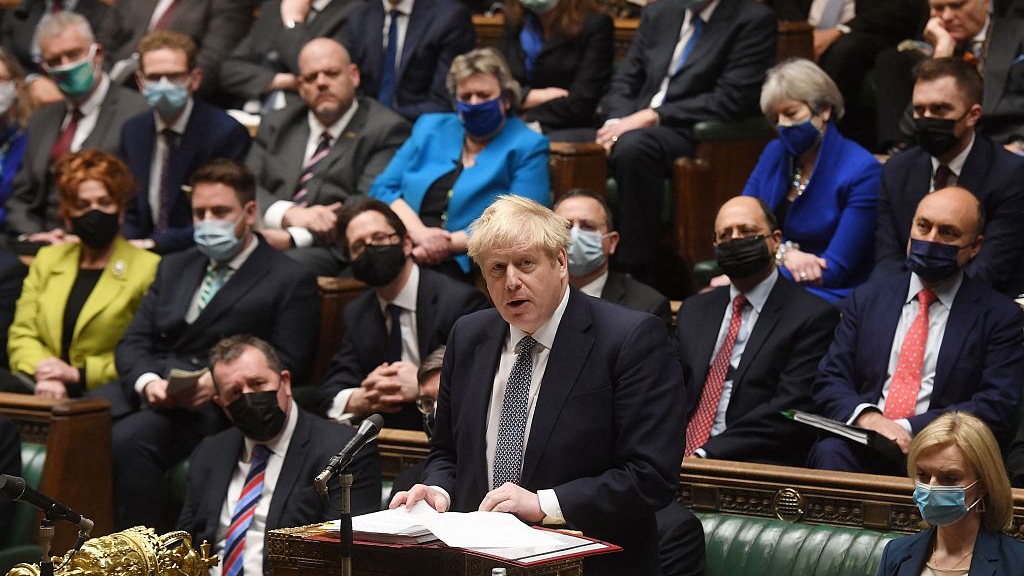 Conservatives' co-chairman Oliver Dowden said the Downing Street parties were "completely unacceptable" and the prime minister must address the culture within his government, but he rejected calls for Johnson to resign.

"I can tell you that when he responds to the House of Commons, as he has committed to do so, he will make sure that we address the kind of culture that has allowed that to happen in the first place," he told Sky News.

Dowden insisted that Johnson should remain in his post, defending his handling of the pandemic.

Facing the most serious threat to his leadership since he came to power in 2019, the Sunday Times reported Johnson would try to draw a line under the issue with a mass clear out of staff and a slew of populist policies.

The Sunday Express reported that Johnson would remove all existing coronavirus restrictions at an upcoming review, including mandatory face masks and an instruction to work from home where possible. The report cited a government source.

Asked about that, Dowden said: "I'm very hopeful and optimistic but clearly, we will await the data at the point of the decision before making that final decision."

New cases of COVID-19 have begun falling after a sharp spike caused by the highly-transmissible but milder Omicron variant. Britain reported nearly 82,000 new cases on Saturday, less than half the peak seen in early January.