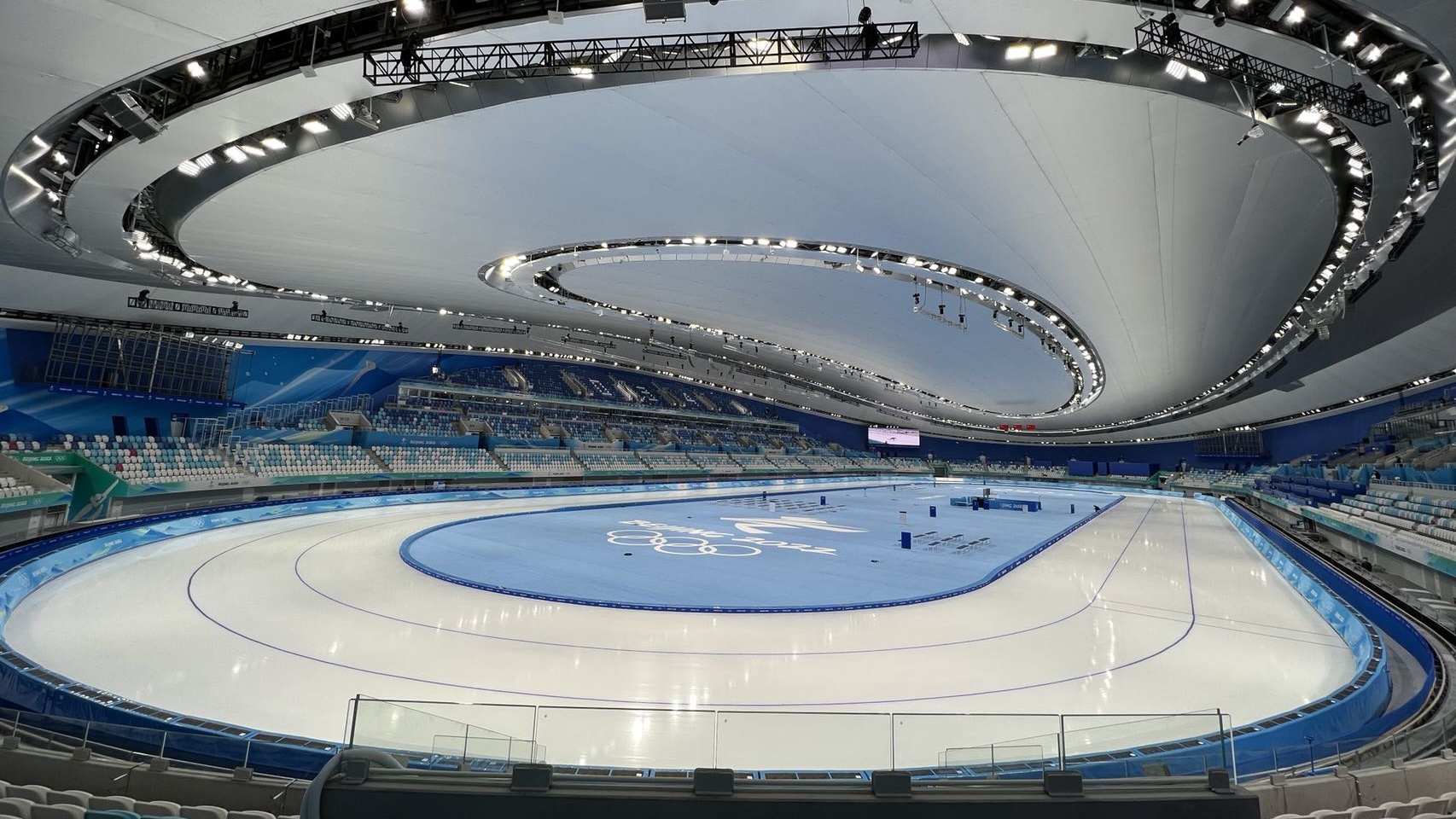 The most notable is the transcritical carbon dioxide (CO2) direct cooling technology, which is used for the first time in the world for permanent ice venues at the National Speed Skating Oval, also known as the "Ice Ribbon" in Beijing.

He said that many top experts from China and the International Olympic Committee were involved in the process, hoping to find solutions better than the traditional technologies.

One of those involved is Zhang Xinrong, a leading natural refrigerant expert based in China's Peking University, who believes the transcritical CO2 cooling system will have broad application prospects worldwide.

"It has characteristics of high-level safety, low cost, and its energy consumption is environmentally friendly as all of its residual heat could be recycled," Zhang said. "And it's the most promising refrigerant among ice venues' energy system in the world."

"The CO2 refrigerant's Ozone Depletion Potential (ODP) is zero and its Global Warming Potential (GWP) is only one. Well, the carbon emission of the same amount of the traditional refrigerant is 3,985 times of it," Song added.

The ODP is a number which refers to the amount of stratospheric ozone depletion caused by a substance, whereas the GWP is a calculated value that converts various greenhouse gas emissions into comparable CO2 equivalents under the Kyoto Protocol.

Song said in the "Ice Ribbon," the ice-making efficiency has been raised by 30 percent by using the technology, saving two million kilowatt-hours (kWh) of electricity annually.

The traditional system and the refrigerant are used in venues for other sports events and purposes after the games, such as the National Aquatics Center nicknamed "Ice Cube," and the National Indoor Stadium.

R449A refrigerant is to replace R507, a widely used medium which meets the requirements of the "Montreal Protocol on Substances that Deplete the Ozone Layer" on developing countries but has a GWP of 3,985.

The experts said the adoption of the transcritical CO2 cooling system sets a model for the world in environmental protection and sustainable development. Plus, the use of R449A will make Beijing 2022 the lowest GWP in the history of the Winter Games.