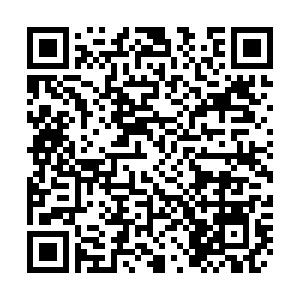 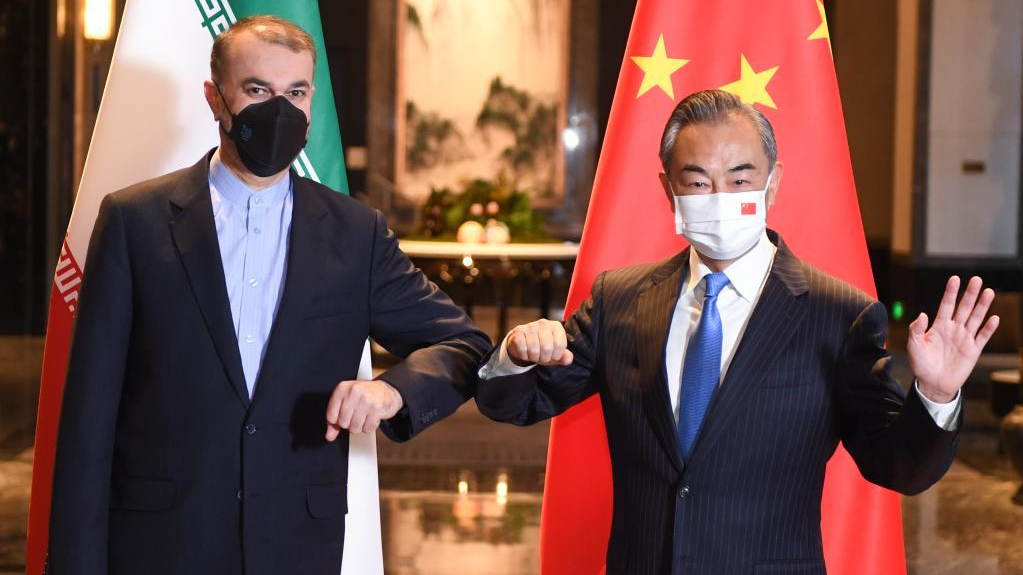 Friday's consensus on implementing the Comprehensive Cooperation Plan matters for several reasons. First, it is a testament to Beijing's unwavering support for Tehran's economic independence. A mutually beneficial investment of $400 billion could significantly bolster productivity and performance for key Iranian sectors – from finance to infrastructure. More mileage is afforded to ongoing Sino-Iranian advances in various development fields once cooperation expands into energy, production capacity, science and technology, cybersecurity and the third-party market spheres.

From a diplomatic viewpoint, such developmental leaps also add a legitimate layer of defense for the Iranian economy to blunt unilateral pressures of Western sanctions, and eliminate any speculation that the Sino-Iranian development experience will bow to that pressure.

"Now, at the birth of the second half of the century, Iran stands by China as a strategic partner with a foreign policy based on smart and balanced diplomacy, defending its regional interests and those of its neighbors, inspired by the Global Development Initiative with a shared future," assessed Abdollahian in a recent Global Times op-ed. That conception of a "shared future" stands to gain further as Tehran offers its redoubled support for jointly advancing the Belt and Road's growth, coupled with its willingness to become a "long-term cooperative partner of China." 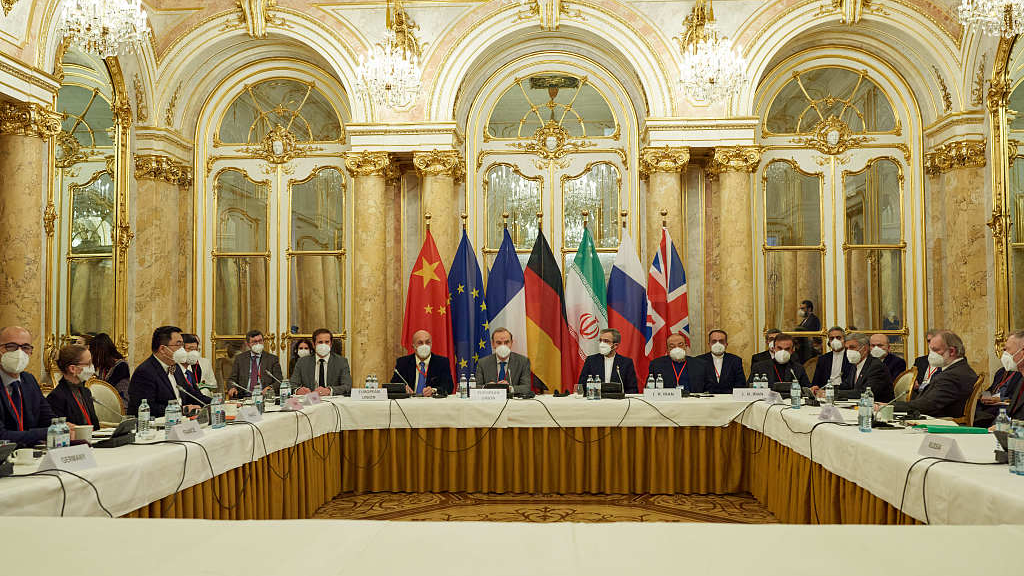 The first day of Iran nuclear talks, which began under the chairmanship of Enrique Mora, deputy secretary-general of the EU diplomatic service, has come to an end in the Austrian capital Vienna, November 29, 2021. /CFP

The first day of Iran nuclear talks, which began under the chairmanship of Enrique Mora, deputy secretary-general of the EU diplomatic service, has come to an end in the Austrian capital Vienna, November 29, 2021. /CFP

Impressive trends in bilateral trade and diplomacy set the stage for future headway. In November 2021, Chinese exports to Iran reached their highest point since April 2019, totaling nearly $1 billion. Beijing's intake of Iranian crude has also maintained an upward trajectory. That is despite select powers advocating for unwarranted oil sanctions, Beijing has kept its engagement with Tehran, which lifted its oil exports to a 40 percent rise since August last year.

On the diplomacy front, Iranian approval for a brand new Chinese consulate in its southern port city of Bandar Abbas remains a welcome step to further facilitate win-win trade relations, and help coordinate future connectivity in light of regional interests.

Interestingly, time-tested symbolism also accompanies Abdollahian's visit to China. Consider the event of his arrival – it comes with the beginning of 2022, and amidst anticipation of Iran and China celebrating their 51st anniversary of the establishment of diplomatic relations.

Among the many strengths of Sino-Iranian ties is their dedicated focus on protecting multilateralism. For this reason, Beijing's reaffirmed support for continuity in negotiations on the Joint Comprehensive Plan of Action (JCPOA)'s implementation is a signal to its ally that key interests, such as Iran's efforts to secure a "package of stable guarantee" from ongoing talks, stand firmly acknowledged.

More importantly, by communicating China's outright opposition to illegal unilateral sanctions on Tehran, both converge on the fact that a nuclear deal breakthrough will face significant headwinds if key violations of the past are given a free pass.

Finally, Wang and Abdollahian's constructive focus on the nuclear situation is rich on timing. Some observers of the nuclear deal have been operating on the false assumption that it is Tehran's alleged reluctance to advance negotiations – rather than Washington's unilateral withdrawal from the deal – that is at the heart of stymied progress.

Putting such speculation to rest is the united front between China and Iran on the origins of conflict vis-à-vis the nuclear negotiations: it is Washington's sustained refusal to take responsibility for its unilateral breach, and its reluctance to rectify that mistake for the benefit of a renewed pact.

Ultimately, by agreeing to launch implementation of the wide-ranging comprehensive cooperation plan, and coordinating priorities on pressing security issues, Tehran and Beijing stand well equipped to diversify their strategic priorities into areas of mutual success. In the words of foreign minister Abdollahian, this spirit reflects "a shared future, adorned with shared human values."