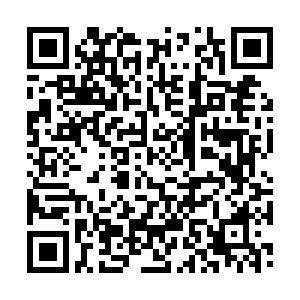 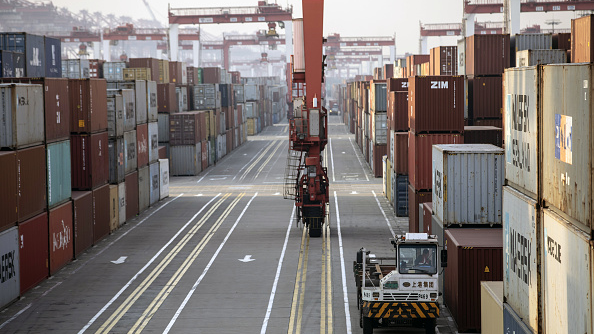 Editor's note: David Ferguson is a senior translation editor at Foreign Languages Press. The article reflects the author's views and not necessarily those of CGTN.

A simplistic economic perspective takes the view that "if I stop buying X from Y, then I can start to make it myself instead." But in a globalized world where products are increasingly sophisticated and supply chains ever more complex, tooling up and upskilling are massive and lengthy undertakings. You cannot create manufacturing capacity and the know-how to operate it overnight. The easiest and quickest manufacturing to repatriate is precisely the type of low-margin, low-tech activity that you don't need or want.

For decades, Americans benefited hugely from outsourcing manufacturing capacity to China. But not all Americans. Cheap Chinese labor led to increased margins and higher profits, but there was little trickle-down of the benefits. As the financial economy hollowed out the real economy, Wall Street bankers pocketed the returns while the blue-collar states from which jobs had been exported saw little in the way of replacement.

In such circumstances, it is easy to whip up resentment among the victims. And it is wise to make sure the resentment is targeted as far away from one's own backyard as possible. Donald Trump took full advantage of the former in his election campaign and was very careful to ensure the latter. The problem here is that it is easy to whip up resentment among a demographic with little or no understanding of economics. Once elected, Trump found himself tied to commitments that offered little prospect of genuine remedies to the maladies he had identified.

Unlike their U.S. equivalents, Chinese politicians are pragmatists. Many of them are able individuals with advanced technical qualifications rather than careerists with the ability to climb the greasy pole of politics. And China's economic strategy is driven by realism rather than dogma. So, China would certainly have wanted to bring the bilateral relationship back onto an even keel when the 2020 deal was being negotiated. And there would have been goodwill on the U.S. side too – not all Americans are economic illiterates.

But delivering on the deal has proved problematic. Basically, China committed to buying an extra $200 billion worth of U.S. supplies. The agreement covered three areas: manufactured goods, agricultural products, and energy. In reality, as of December 31, 2021, only $160 billion worth of purchases have been made. Has China "as usual" simply failed to keep its side of the deal? For the Trumpist, that will be the argument of first resort.

It is very difficult to be sure about the root cause of the problems. Logistics in the U.S. is a nightmare. The trucking business is in chaos. As an article from Time explains, long-term problems in the industry have led to lower rates and poorer working conditions for truckers, leading to an annual driver turnover of 92 percent in big haulage firms at the end of 2020. There are plenty of drivers; they simply don't want to drive. So there are logjams of containers going both into and out of the two major Pacific ports – Los Angeles and Long Beach. And the U.S. shipping infrastructure is, in any case, outdated and capacity-constrained, so there is a logjam of ships as well. 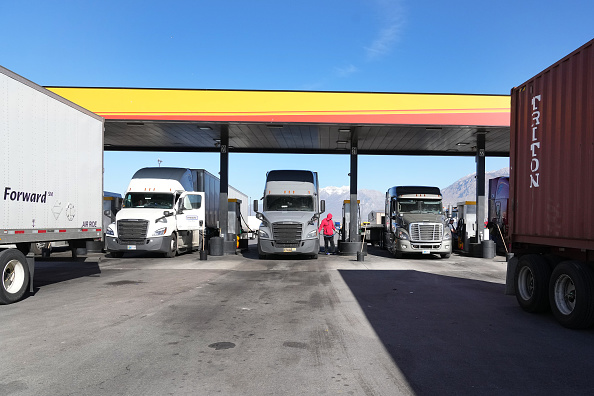 Truckers fuel up their trucks at the Loves Truck stop in Springville, Utah, U.S., November 5, 2021. /Getty

Truckers fuel up their trucks at the Loves Truck stop in Springville, Utah, U.S., November 5, 2021. /Getty

The upshot is that U.S. farmers, who have agricultural products that China wants and is willing to buy, are struggling to ship their goods. Goods manufacturers face a different problem: The China-U.S. deal is subject to WTO rules, so China's additional purchases cannot be at the expense of existing suppliers. And China cannot reasonably be expected to buy and stockpile U.S. products it does not need and cannot use.

In energy, there is a fundamental problem. China needs to buy oil; the U.S. has oil to sell. But China's refining industry has been built around heavy-sour crude from the Middle East, while the U.S. supplies light-sweet oil. With the best will in the world, you cannot rebuild your entire refining industry overnight.

And on top of all this, COVID-19 covers the U.S. like a shroud, making it well-nigh impossible to identify core problems, devise workable solutions, or be sure that you can implement the solution even if it will work.

Looking forward, it is hard to find reasons for optimism. The West cranks its anti-China rhetoric up a notch every day, constantly finding new targets for criticism. Deliberately trying to destroy the economy of China's Xinjiang Uygur Autonomous Region through sanctions in the hope of creating anti-government sentiment there will not help any new trade deal.

Likewise, the West is targeting the global business of successful Chinese companies like Huawei on spurious security grounds. In December 2021, former UK Minister of Business and Industry Vince Cable stated categorically that the UK's decision to disengage from Huawei had nothing to do with security concerns. "It was because we were told by the Americans that we had to do it."

And behind it all, the grim reaper of COVID-19 is still lurking. I can't even speculate on what might happen next. My random guesswork is unlikely to be better than anyone else's.