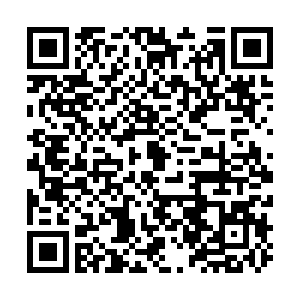 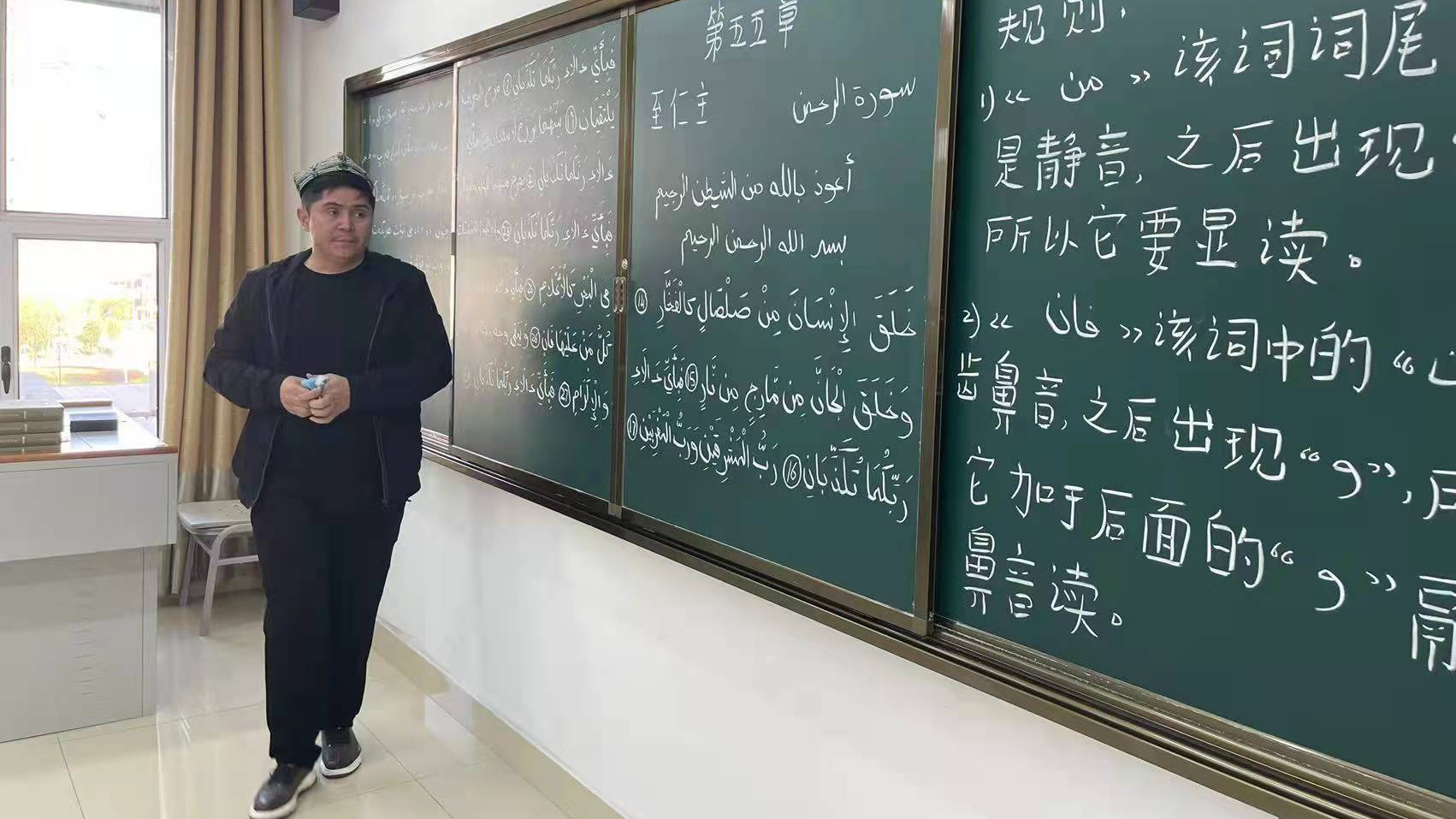 Editor's note: Pierre Mirochnikoff is the president of Asia Silk Road Group. The article reflects the author's opinions and not necessarily the views of CGTN.

In September 2021, I visited Xinjiang as part of a delegation of foreign business people in China at the invitation of the China Economic Cooperation Center. This was my first visit to Xinjiang. Before the journey, I was full of curiosity and questions, as most of my previous knowledge of Xinjiang had come from the Western media's extensive coverage of "forced labor" and "genocide."

But when I set foot on the land, all I could see were clean and tidy streets, high-rise buildings, bustling shops and warm smiles on people's faces. Seeing is believing. I am happy for the prosperity and stability of Xinjiang, but I am also disappointed and even angry with the Western politicians and media for their unbridled lies and smearing of Xinjiang.

The West has turned a blind eye to Xinjiang's development and has been spreading reports fudged by so-called independent experts paid by Western governments, who have never been to Xinjiang and only fabricated reports full of absurd lies based on their own imagination to suit the intentions of some politicians.

These smears and lies only reveal the hypocrisy of Western politicians. These politicians have ignored the hard work of officials and people of all ethnic groups in Xinjiang to promote ethnic unity and have even denied them the opportunity to tell their stories or defend themselves before jumping to condemn and sanction local officials in Xinjiang.

Such actions run counter to the principles of true democracy. The actions of Western politicians remind me of the U.S. official who took out a vial of white powder in the UN Security Council, falsely claiming that it was evidence of Iraq's possession of weapons of mass destruction. Their slander of Xinjiang is equally unacceptable and shameful.

The visit to Xinjiang reinforced my belief that we cannot make hasty judgments without knowing the facts. We cannot believe in unfounded rumors spread by Western media without thinking. We cannot spread lies and false information without a field trip, and we should not tolerate manipulative reporting or so-called independent reports fabricated by some countries to undermine China's unity and stability.

What I saw in Xinjiang was the courage and commitment of the local government and the diligence and dedication of local officials. These local individuals and leaders have worked under the local governments for the ethnic minorities in Xinjiang for years to provide financial support and organize and implement programs for security and stability, social welfare and equal opportunities for men and women there.

Despite all the slurs and suppression from the West, governments and officials at all levels in Xinjiang have resolutely pursued policies to benefit the people, worked to eradicate poverty, continuously improved people's livelihoods, fought religious extremism and terrorism, guided religious groups to better integrate into society in a moderate and fair manner, and promoted the harmonious coexistence of all ethnic groups.

Amid the incessant noises from the West, after four years of strenuous efforts, the Tianshan Shengli Tunnel, which runs through the north and south of the Tianshan Mountains, will soon be completed, bringing the relatively underdeveloped areas inhabited by ethnic minorities closer to the more developed regions. All this will lay a solid foundation for the prosperity and development of Xinjiang.

In Xinjiang, I saw people of all ethnic groups walking at ease on the streets in their traditional ethnic dress, religious people able to worship freely in the numerous mosques, and workers of different ethnic groups working together in modern factories for a happy life. Alongside the increasing modernization of the city, traditional buildings such as mosques have been carefully restored and preserved. 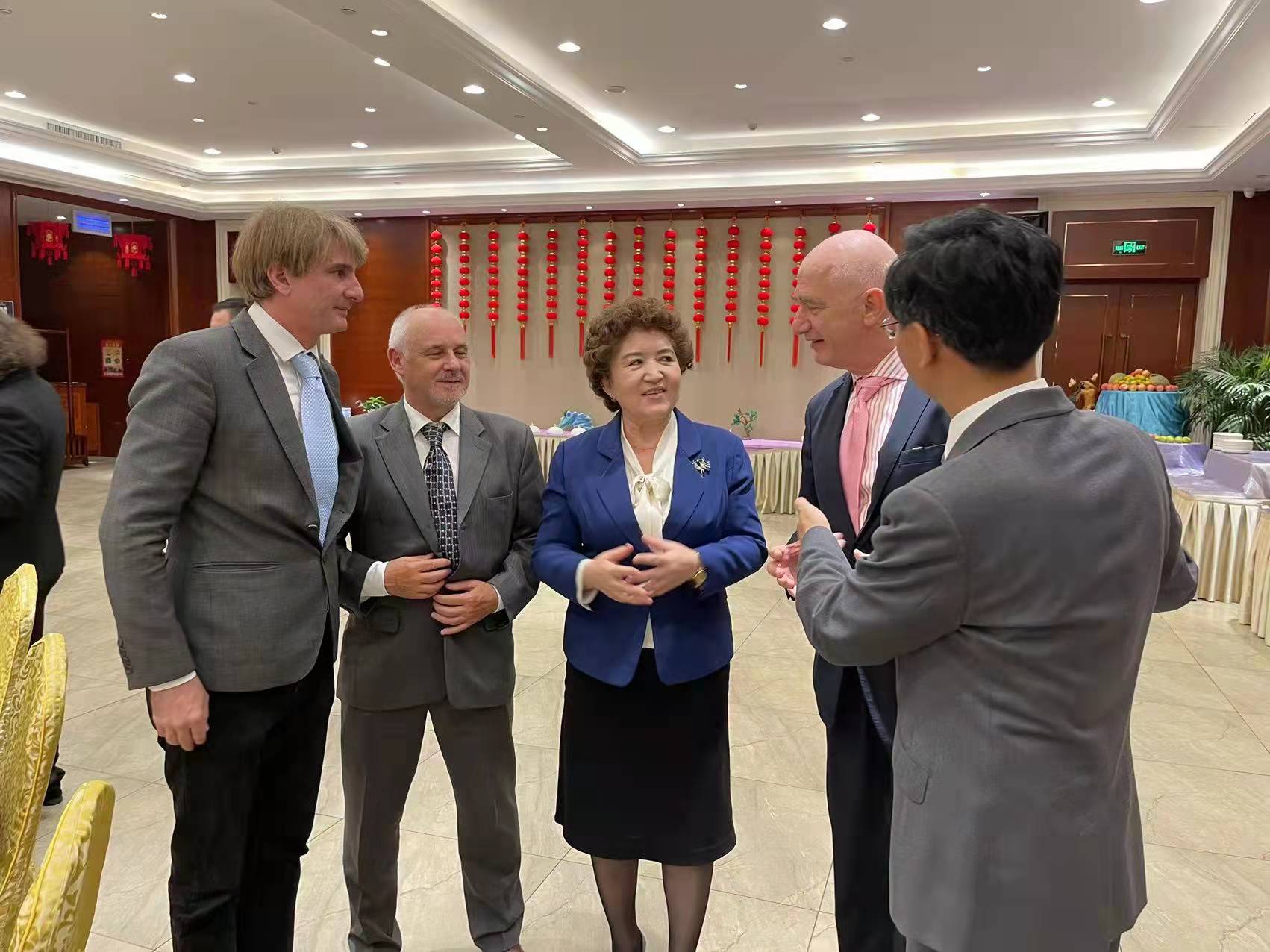 Our group visited traditional villages in the Aksu region, where respect for the Muslim cultural heritage is present everywhere. The architecture is preserved and restored or rebuilt with better conditions of safety and hygiene adapted to the 21st century.

The local governments in the cities and the countryside took great effort to maintain and develop all the ethnic customs, arts, crafts and even Muslim halal food, etc., so that we can experience rich ethnic and Muslim culture in the local communities wherever we go.

What touched me most during my visit to Xinjiang was the Xinjiang Islamic Scripture School, an initiative to educate and de-radicalize Muslims. The scripture school is open to students in Xinjiang who wish to pursue a career in religious education. It teaches four types of courses: religious knowledge, general legal knowledge, culture and history, and Chinese language and writing.

The school taps into religious ideas and concepts in Islam that are in line with legal norms and conducive to social development, educating and guiding students to hold good faith and act righteously, oppose division and resist extremist ideas.

After graduation, students can work in Islamic associations, religious schools or serve as imams in mosques around the world, providing services to religious people.

The Islamic scripture school ensures the healthy and orderly inheritance of Islam and guides the religion to better ride on the tide of social development.

Our delegation also visited the Islamic Institute of Urumqi, a university open to all Muslims in Xinjiang, regardless of their ethnic origin, where more than 1,000 students of all ages and social backgrounds study the Original Quoran, literary Arabic, Mandarin, and the laws of the Chinese People's Republic, etc.

"There will always be critics to denounce innovations even on the religious level," said Imam Abdureqip Tumulniyaz, director of the Islamic Institute of Urumqi. He is a well-known professor and one of the main Chinese representatives of the Islamic faith as chairman of the Xinjiang Islamic Association. Tumulniyaz has put this vast project on the right track, for more than five years, as a spiritual and inspiring guide of the Islamic community and Uygurs in Xinjiang.

It takes a drive, determination and courage to make behavior changes, and things move forward in a positive way with new methods, and that's what we saw when we visited Xinjiang.

And it has proved a practical and attainable way to eradicate extremism and religious radicalism, while putting in place soft, fair solutions for Islam and local Muslims to integrate with local customs and make religious practices coexist harmoniously while respecting the rule of law of Chinese society.

At a time when terrorism and religious extremism are spreading in Europe, there is also a need to set up such schools for Muslims to teach both religious and professional knowledge to guide them to establish correct religious views and participate in social and economic activities.

It is precisely because of the lack of proper education and guidance that some young Muslims in France have gone down wrong paths like drug trafficking, posing a threat to social security. However, European countries currently lack the courage to set up similar schools.

My visit to Xinjiang has been very fruitful. What I saw was economic prosperity, social harmony, religious freedom and happy people. I would like to share what I saw and heard with my friends and tell them the real story of Xinjiang. Facts are there for all to see, and facts speak louder than words.