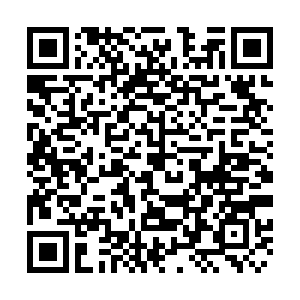 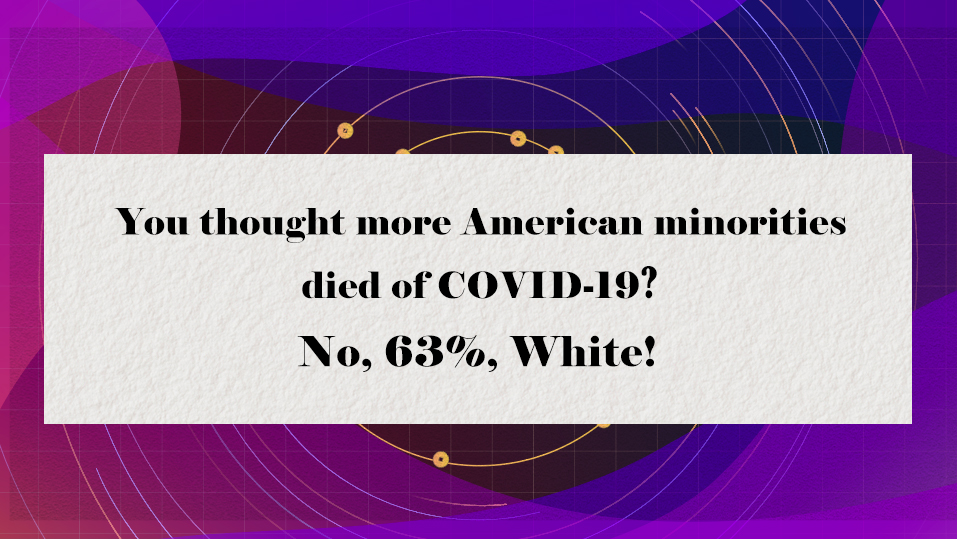 Two weeks into the year 2022, with Omicron becoming the dominant variant in the world, the total death toll of COVID-19 in the U.S. has sadly passed the 850,000 benchmark, which means roughly every one in 400 Americans have succumbed to the disease since the start of the pandemic.

According to the latest data released by U.S. Centers for Disease Control and Prevention (CDC), of all those Americans who have unfortunately lost their lives to the coronavirus, 63.4 percent are White, 14.5 percent are Black, 3.2 percent are Asian and 16.9 percent are Hispanic. 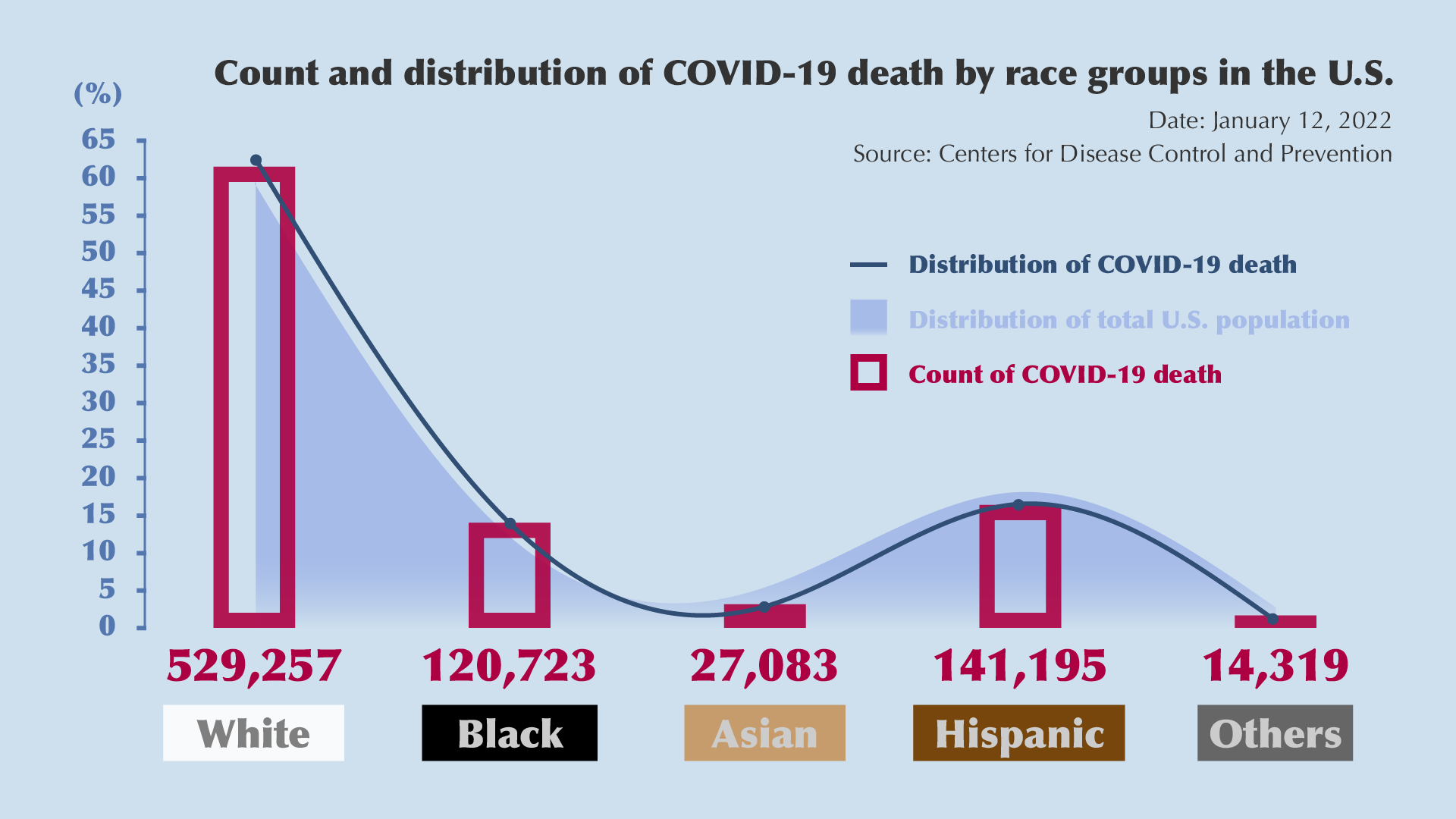 On the surface, these figures seem not to be wildly different from the share of each race in total U.S. population. But if we know anything already about the COVID-19 death in the U.S., it is that COVID-19 does not treat all the races in the same way.

In 2021, however, while the COVID-19 death rates for Black, Asian and Hispanic Americans had more or less remained the same, White Americans saw their death rate take an elevated rise to 146 per 100,000, the same level of atrocity that Black people had suffered in the year before. 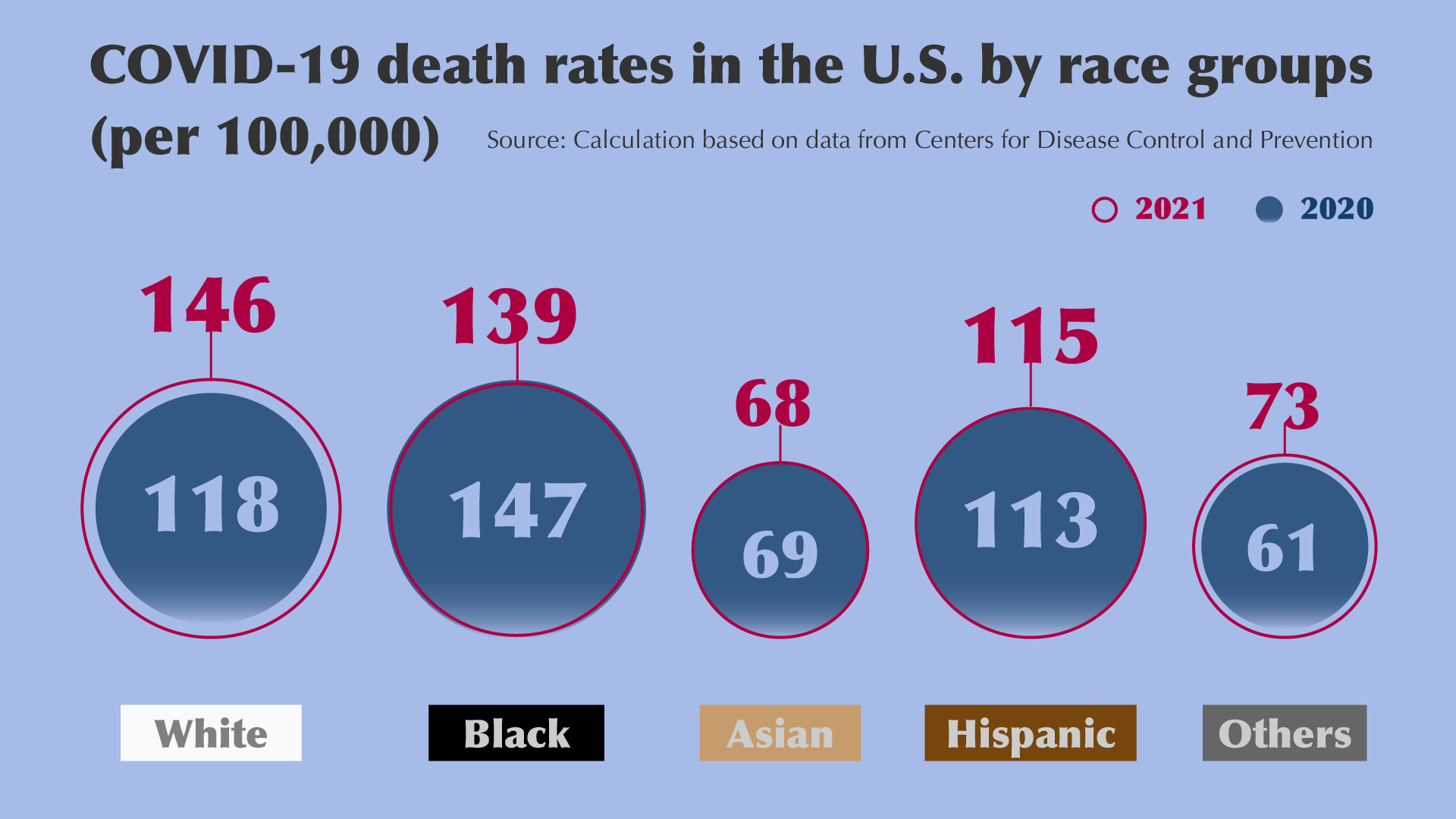 So, what changed in 2021 in relation to the coronavirus that ultimately led to this result? A lot, indeed. First, the deadly Delta variant, and then the seemingly milder but more transmissible Omicron variant, but above all it is the vaccine roll-out that was the game changer.

As we know, vaccination in the U.S. started as early as mid-December 2020, with the full-scale roll-out beginning just four months later.

Since the science in vaccination to prevent severe illness and death is so strong, it is no surprise that, despite facing a more deadly Delta variant, Black, Asian and Hispanic Americans who had been inoculated had all in some way weathered the stormy effect.

But, why was this not the case for White Americans? A simple answer to that, blunt may it sound, is that vaccines won't protect you if you do not want to take them.

A nationwide survey conducted by CDC suggests, among White Americans, a stunning 12.4 percent of them are against vaccination, compared to around nine percent in Black and Hispanic, and only one percent in Asian Americans. 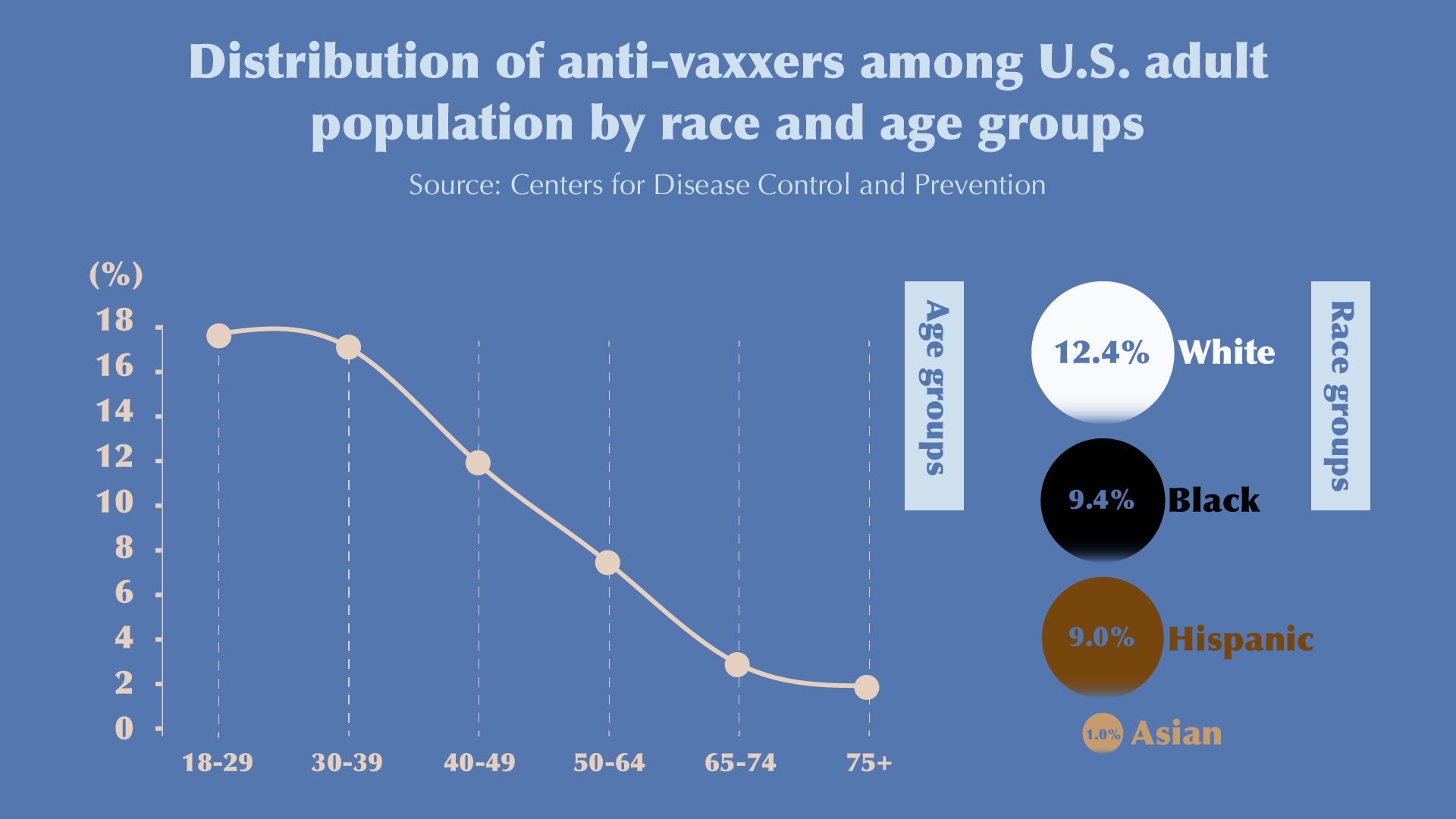 The same survey also shows, among adult Americans, anti-vaxxers are largely concentrated in age groups below 50, with the group aged between 50 and 64 also accommodating a relatively higher share of anti-vaxxers compared to the oldest ones.

To combine the two pictures, we can logically predict the death toll of White Americans aged under 50 to rise in 2021. But even it's predictable, the actual number is still breathtaking.

In 2021, among White Americans, almost all age groups under 50 had seen their COVID-19 death toll surge by more than 300 percent compared to 2020, while the age group between 50 and 64 experienced a rise by above 150 percent. 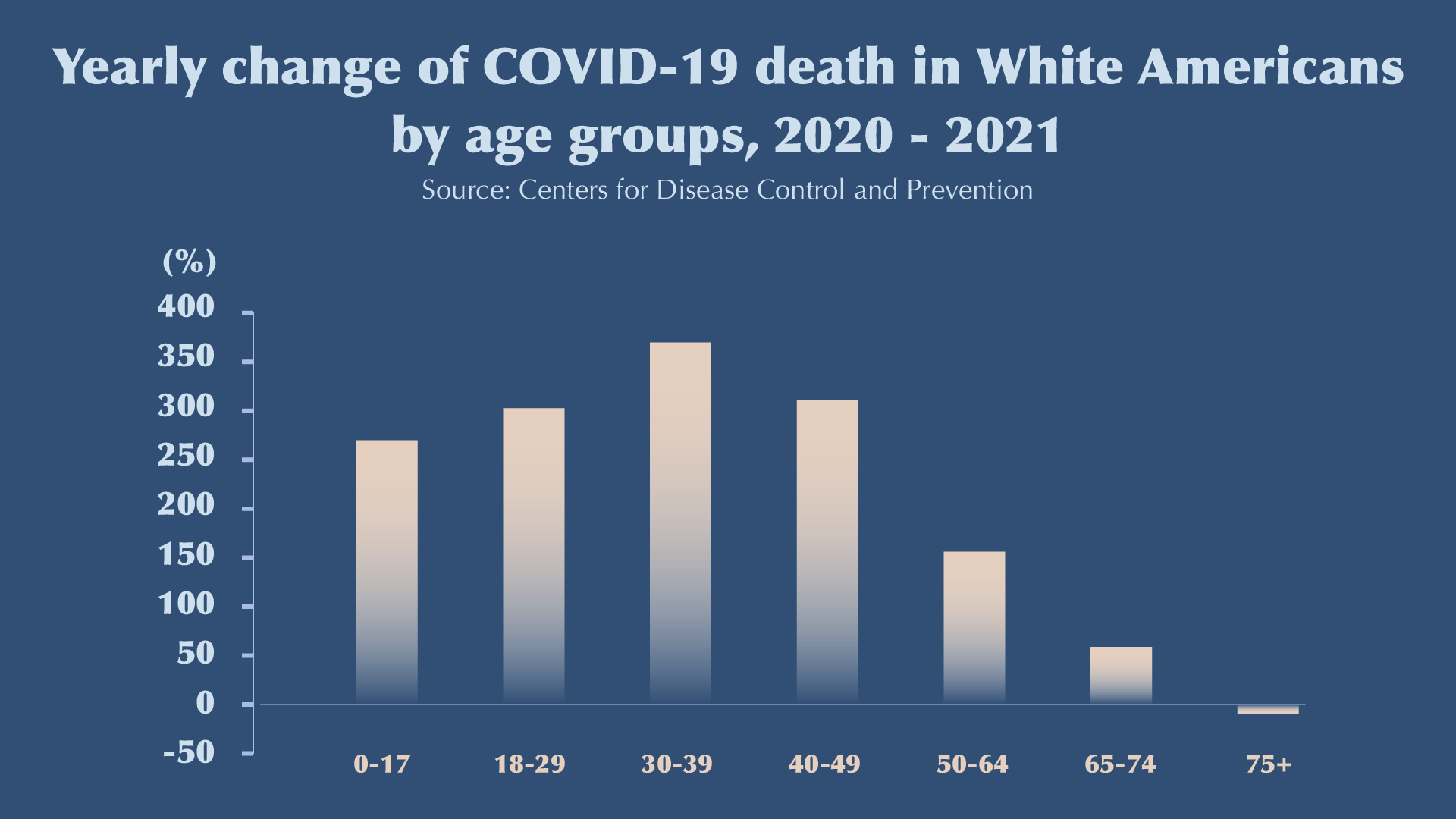 The evidence here is crystal clear: less vaccination, more death. As people in the U.S. used to say, COVID-19 does not respect borders but discriminates against colors. In 2021, it is White Americans, who were bearing the burden of discrimination, not because COVID-19 is discriminating against them, but because one small portion of them is "discriminating" against vaccines.

And the truth is, even one small portion can change the whole picture of COVID-19 death in the U.S.