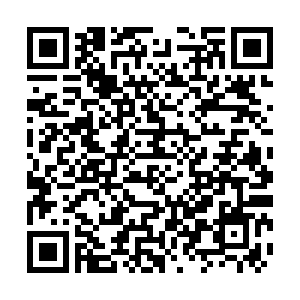 Jiang Liangqing, a villager from the local Yugan County, spends his days as a bird-watching guide. He would walk the tourists into the open fields and point to them different species of birds that have chosen the place to flee the winter cold. 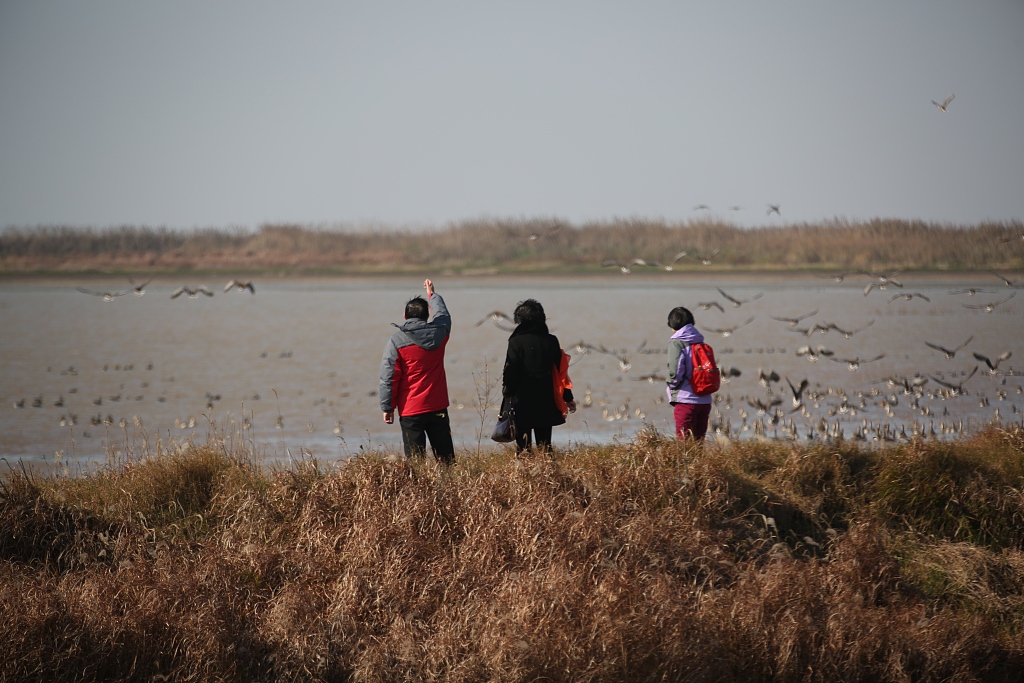 Jiang said things were rather different years ago when the birds were their natural rivals, pecking away their hard-grown crops.

"Back then we were unable to harvest the rice grains as they were still not ripening. So we used firecrackers and made noises with basins and sticks to scare the birds away," said Jiang.

Things came to a turn when the local government decided to weigh in. A careful line was then drawn between the farmers and the birds when up to some 66 hectares of land were reserved as latter's human-grown buffet.

To make up for the farmers' loss, authorities have been paying compensation for the past eight years, giving in total roughly 187 million yuan (about $29.44 million) to balance nature with human activity. 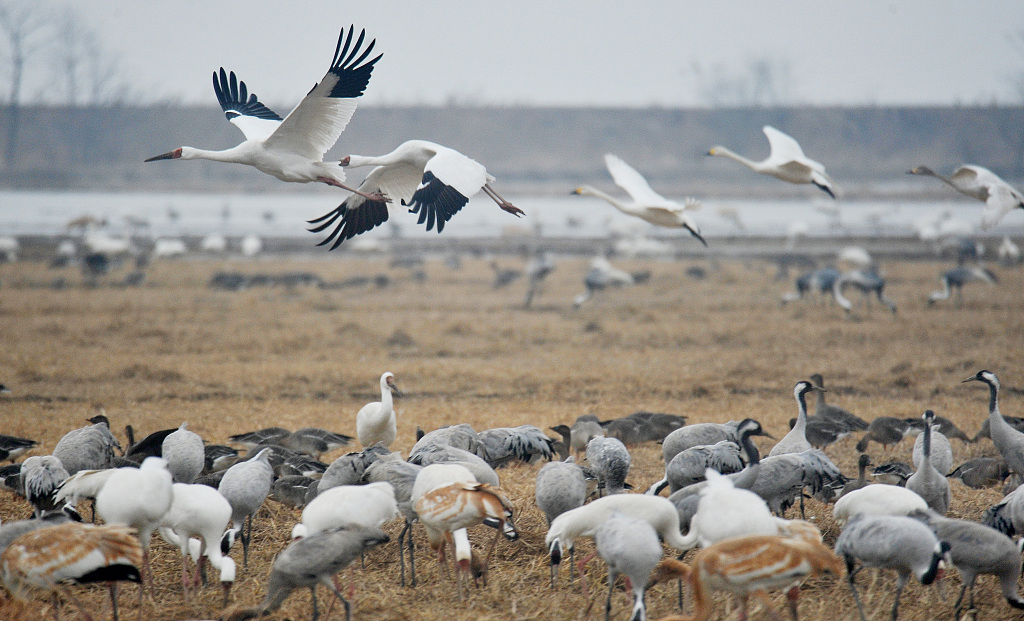 After a new provincial bird protection regulation came into effect this year, Yugan County also established a team made up of officials, policemen and volunteers to carry out daily patrols to ensure that the birds would see no harm.

"Here at the Poyang Lake, we have established six protection points, and there are three people on guard at each one. Everyday we would make four to five patrols, with each lasting about two to three hours," said Sheng Zhiping, a local policemen in charge of the matter.

As the number of migratory birds went up, so did tourists coming to enjoy the view. Wucheng Town, which sits at a core area of the Poyang Lake, has built over the years its special bird-watching business.

In the first 11 months of last year, the number of tourists flocking to the place quadrupled that of five years ago, bringing considerable income to local homestay runners.

"Here we have the list of tourists we hosted during the New Year's holiday. And you can see they were from Yunnan, Shanghai, Anhui, Zhejiang and Urumqi. They said it's quite nice here and they've seen many birds. We are really happy that people of our age could stay at home and earn this amount of money," said Fan Hongmei, owner of a local homestay.

Luo Qiang, a member of the Communist Party of China committee of Wucheng Town, said they have also been working to expand the migration season business to an all-year industry.

"After years of exploration, we have gradually formed different tourism routes with different characteristics according to the four seasons. This has helped protect the environment while benefiting the people," said Luo.