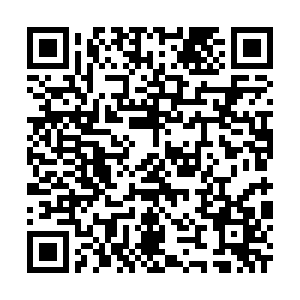 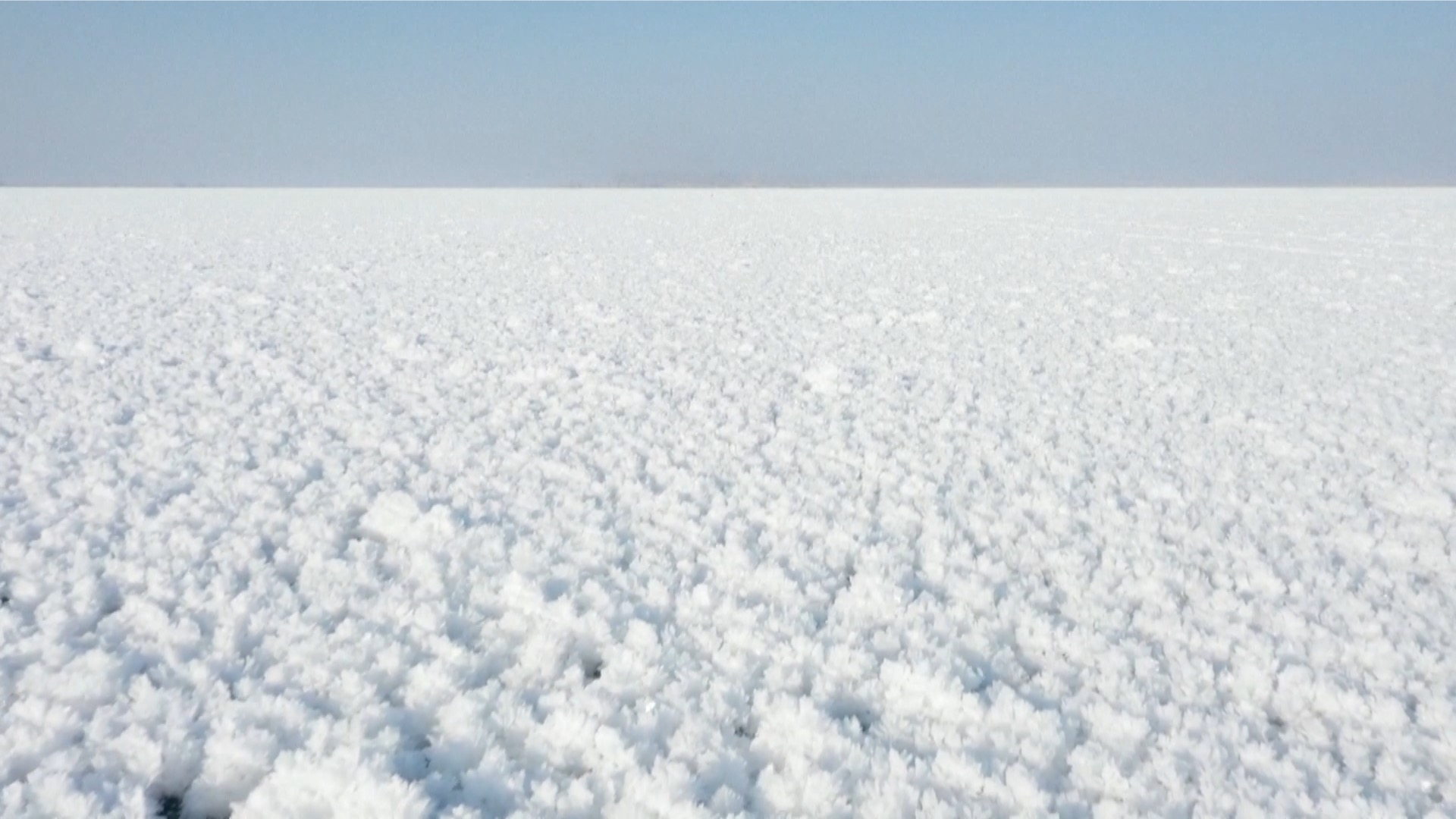 The breathtaking landscape was formed by a sudden, sharp drop in temperature, causing the cooled saturated water vapor to condense on the lake's icy surface. As the frost accumulated and thickened, flower-shaped ice crystals were formed.