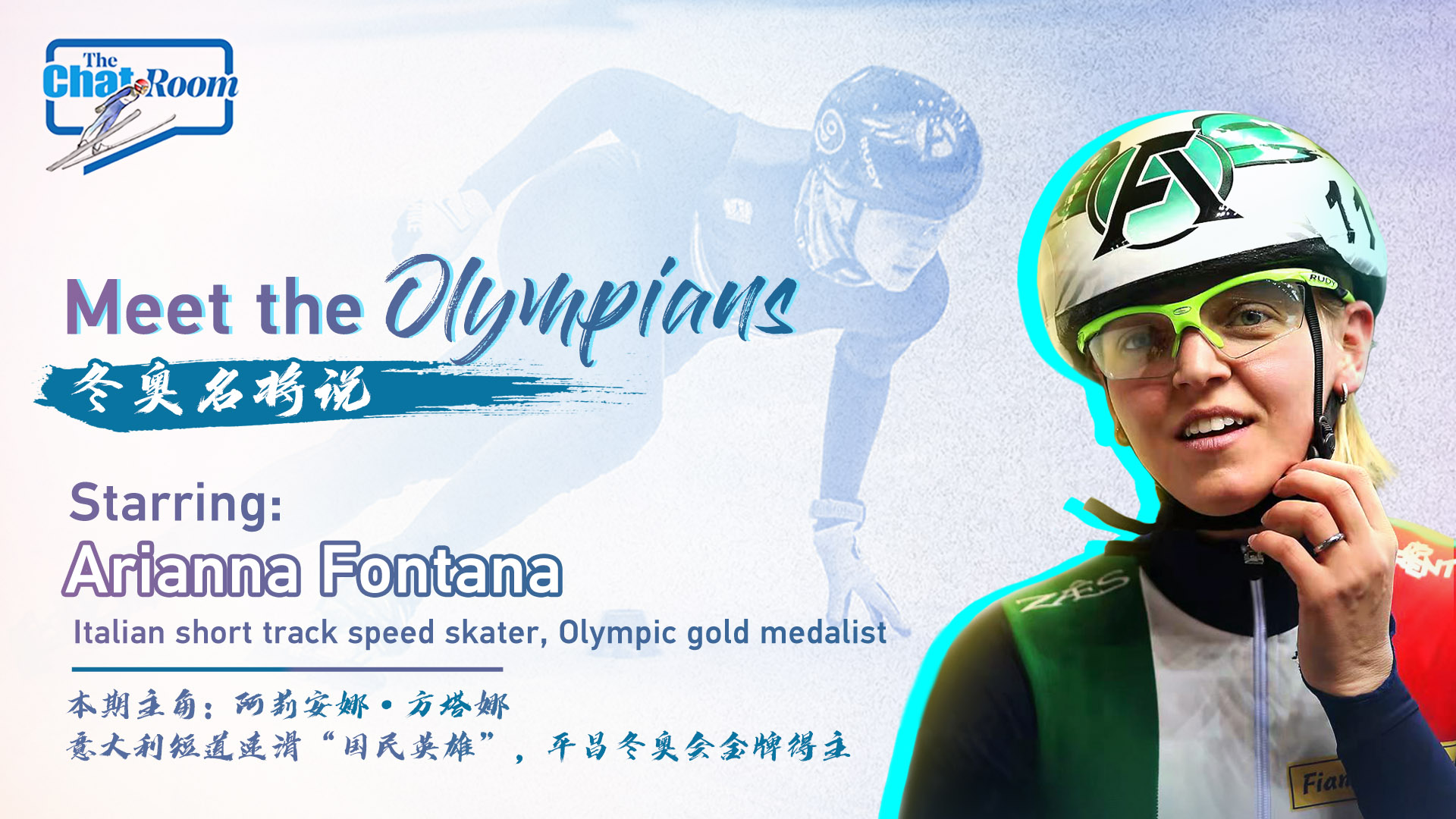 Arianna Fontana, who has won eight Winter Olympic medals for Italy, the most for any female short track skater, is looking forward to further extending that record at the coming 2022 Winter Olympic Games.

In an interview with CGTN during the latest episode of its special series "The Chat Room," Fontana admitted that it will mean a lot to her if she can win more titles in the 2022 Winter Games. Only three short track skaters in today's world have won eight Olympic medals: Fontana, Apolo Ohno (male) of the U.S. and Viktor An (male) of Russia.

Since both Ohno and An have retired, Fontana will have the record all for herself if she stands on the podium again at Beijing 2022. Having competed in multiple Olympic Games and other international events, the 31-year-old veteran won't let thoughts like that distract her. 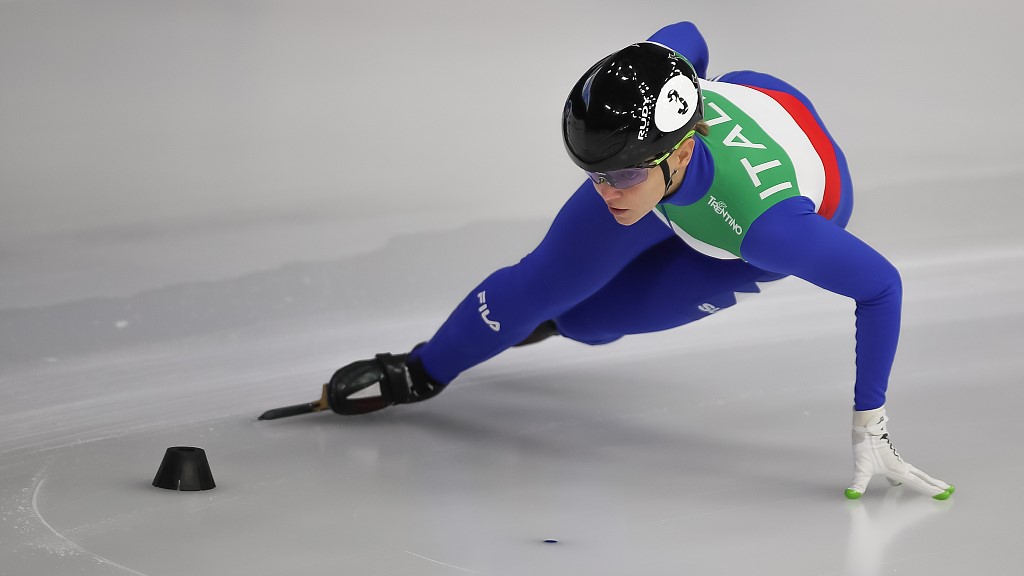 Back in October 2021, Fontana attended the first Short Track World Cup event of the 2021/22 season at the Capital Indoor Stadium in Beijing. The stadium will also be used as one of the official venues for the coming Winter Olympics. Having finished second in the women's 500-meter race, Fontana didn't realize that it had been 10 years since her first win at the World Cup in Saguenay, Canada.

As the oldest short track speed skater on a World Cup podium, Fontana felt even more proud of her 10-year career.

Having entered her 16th season and preparing for her fifth Winter Olympics, Fontana has witnessed the development of short track speed skating.

"The sport has changed a lot since 2006. The manner in which you skate has changed, as well as the regulations. All of these changes caused short track to grow quickly and people who have been in the sport for as long as I have had to adapt accordingly. Luckily, I have been able to adapt easily, even though it's been many years and there are always young, new athletes [to compete against]. But I've always managed – thanks also to my team – to be one step ahead. So maybe that has helped," Fontana said in an interview with Olympic.com. 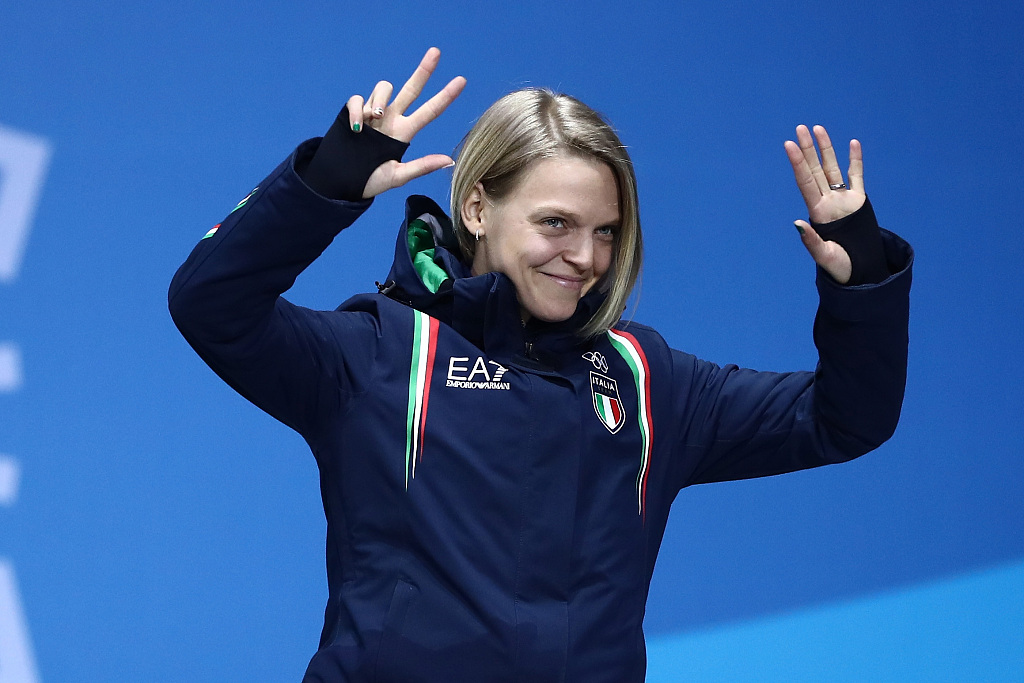 Having won her first Olympic medal in Turin in 2006 at the age of 15 years and 314 days old, the youngest in Italian history, and secured the women's 500m gold in Pyeongchang in 2018, Fontana considers all her Olympic trips "unique."

"They were all fantastic with good moments and beautiful memories," Fontana told Olympic.com.

She used to think that the Winter Games in Sochi in 2014 would be her last Olympic journey, but she continued to compete in Pyeongchang in 2018 and now she is about to come to China for the 2022 Winter Olympics. Moreover, as an athlete from Lombardy and an ambassador for the Milano Cortina 2026 bid, Fontana will make even more special Olympic memories.

"I'm tickled by the idea of having competed at my first Olympics in Turin and now at a last one in Italy… I don't think any other athletes have done it, or had the chance to, or will even ever have the chance to do something like that. So I can't deny it's something I'm thinking about. There are a few things that have to take place in order for it to happen, because I'm certainly proving physically that it can be done. But we'll see whether the right conditions are in place, because I'm not the sort of person who competes for competing's sake. It's certainly here [points to her head] in a hidden corner, but it's there," Fontana said to Olympic.com.